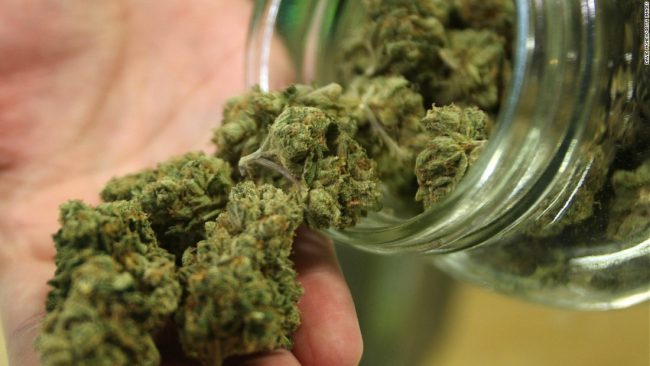 A recent scientific study might provide more reasons to legalize cannabis in all states, as researchers claim that it is less toxic than medication, and can be safer than alcohol and tobacco, both of which are legal. Even though the government objects its use, cannabis is believed to provide great benefits due to its versatile healing potential.

The use of cannabis in the US

In 2014, Trip conducted a study which indicates that cannabis improves mood, relieves pain and muscle spasms, and even improves sleep quality in patients diagnosed with prostatitis and chronic pelvic pain syndrome. A 2015 study also states that when combined with prescribed opioids, cannabis relieves chronic non-cancer pain.

Yet, in 2015, only 21 states and the District of Columbia passed medical cannabis laws that allow its use.

Namely, it is a fact that the beneficial medical uses of cannabis are still only supported by a limited number of scientific studies, and not clinical trials, which are considered to be the most valuable form of scientific evidence. This means that there is a need for further scientific research to investigate the medical potential and effects of the use of this plant.

The risk of cannabis and other substances

Federal authorities disregard the negative effects of alcohol, a legal substance, which are believed to be much more in comparison to the ones of cannabis, that they consider dangerous.

Therefore, a 2015 study conducted by Lachenmeier and Rehm evaluated the risks of the use of alcohol, tobacco, cannabis, and other illicit drugs. The findings indicate that cannabis is the least risky “mind-altering” substance, and alcohol being the riskiest one of them all.

The research was based on the Margin of Exposure, which stands for the ratio between average human intake and the lowest toxic dose in animals, and focused on substance abuse and mortality.  MOE actually determines the ratio between the amount of the substance used and the dose at which a particular substance is considered dangerous.

Researchers found that alcohol had the highest MOE, and was followed by cocaine, nicotine, MDMA, methamphetamine, methadone, amphetamine, diazepam, and THC.

Yet, even though their study found that cannabis might be less toxic than most medication, it shouldn’t be considered safe for general use, as experts need to conduct more research on its effect on humans.

Note that MOE it is a valid measure of acute toxicity, but it is mostly irrelevant for harms from chronic use, which happens to be the main concern about cannabis use. Therefore, it only applies to acute toxicity, so even though this study showed that cannabis is less acutely toxic than other substances that humans misuse, acute toxicity is only one way to characterize its harms.

Additionally, bear in mind that the comparison of the Margin of Exposure between cannabis and alcohol is made from an informative point of view, so is not an appropriate indicator of cannabis’s safety.

Scientists used animal toxicology data to determine whether humans typically use close to the amount of the substance that is toxic in animals. Accordingly, these findings can be highly valuable and promising, but so far, the methodology used is not the best way to determine the hazards.

Moreover, its potential in the treatment of chronic pain is only supported by limited, low-quality evidence, and many scientists claim that its use can lead to side-effects like intoxication and impairment, memory problems, anxiety (paranoia), psychosis, panic, hallucinations, lowered reaction time, problems with coordination and impaired driving.

The article was originally published with a headline “Wow: New Study Finds cannabis Less Toxic Than Alcohol, Safer Than Tobacco”, which we believe to be a rather exaggerated claim and might be misleading as it did not actually reveal all facts in a balanced way.

The study initially emphasized the purported safety of cannabis and its benefits and ignored its potential negative effects.

Namely, only a single study supports the view that cannabis is less risky than other drugs of abuse such as alcohol and tobacco. Also, it used a different measure called Margin of Exposure, a methodology which has several flaws,  like the facts that it used animal toxicology data, and is not an appropriate measure of harm from chronic use.

Moreover, the article cited a study published in mid-2014, which claimed that among its other negative health effects, smoking cannabis increases the risk for lung cancer, which was found to be false by good-quality studies.

Here Are 10 Priceless Quotes That All Grandparents Will Love