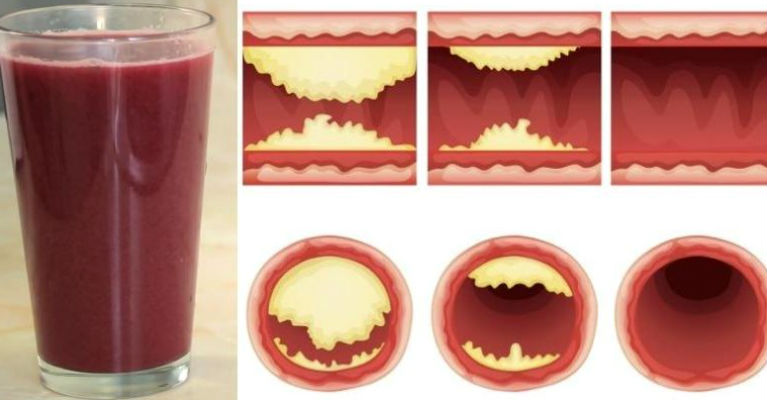 Plaque Lesion Stabilization: As 2 of 10 patients on PJ (after 3 and 12 months) experienced clinical deterioration, carotid surgery was done and the lesions were examined to determine the difference in composition to those who did not consume this fruit. Thus, 4 distinct positive differences have been noticed:

-Reduced Cholesterol Content: “The cholesterol content in carotid lesions from the two patients that consumed PJ was lower by 58% and 20%, respectively, in comparison to lesions obtained from CAS patients that did not consume PJ (Fig. 3A).”

-Reduced LDL Oxidation: “LDL oxidation by lesions derived from the patients after PJ consumption for 3 or 12 months, was significantly (Po0.01) decreased by 43% or 32%, respectively, in comparison to LDL oxidation rates obtained by lesions from CAS patients that did not consume PJ (Fig. 3D).”

-Increased Reduced Glutathione Content: “A substantial increase in the lesion reduced glutathione (GSH) content, (GSH is a major cellular antioxidant) by 2.5-fold, was observed after PJ consumption for 3 or 12 months, (Fig. 3C).”

-Reduced Lipid Peroxides: “The lipid peroxides content in lesions obtained from the patients after PJ consumption for 3 or 12 months was significantly reduced by 61% or 44%, respectively, as compared to lesions from patients that did not consume PJ (Fig. 3B).”

These conclusions show that despite the ability of pomegranate to reduce the lesion size in the carotid arteries, “the lesion itself may be considered less atherogenic after PJ consumption, as its cholesterol and oxidized lipid content decreased, and since its ability to oxidize LDL was significantly reduced.”

Undoubtedly, this result is revolutionary, as currently, the threat of carotid artery stenosis is considered primarily via the size of the lesion and not by its quality.

This agrees with the belief that the sheer quantity of lipoproteins (i.e. “cholesterol”) in the blood cannot accurately indicate whether those lipoproteins are dangerous (atherogenic); but, if they are oxidized (e.g. ox-LDL) they can be threatening (or representative of a more systemic imbalance in the body) while non-oxidized low density lipoprotein may be regarded as entirely benign, if not crucial for heart and overall body health.

Researchers discovered that the pomegranate group had raised triglycerides levels and very low density lipoprotein, again, underlining that the anti-atherosclerotic properties possible have stronger connection to the enhanced quality of the physiological milieu within which all lipoproteins operate than their number.

Beyond any  doubt, all participants in the study took conventional, drug-based care for heart disease, like blood pressure and cholesterol-lowering medications.

Findings showed that pomegranate did not interfere with the drugs used, which shows that it can be taken as a complementary/adjunct therapy for those on drugs.

Moreover, the study found that the condition of the got progressively aggravated (for instance, the mean IMT raised 9% within a year), which indicates that drugs fail to deliver results, and may even speed up the development of the disease.

Figs Are One of The Most Alkaline Fruits Available. Alkalize Your Body to Prevent Cancer

Your Body is Acidic. Here is What You Need to Do (The Real Truth behind Cancer that You Will Never Hear from Your Doctor)