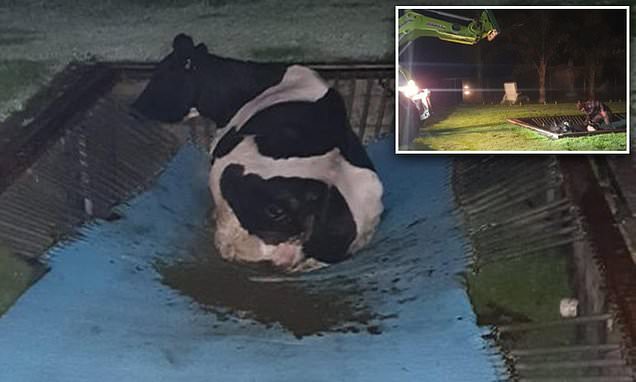 After escaping her shed, one cow tried to jump over an in-ground trampoline and ended up stuck in it. Her owners were called to come and rescue her.

Even those with unlimited imagination don’t expect to open the front door of their house and see a cow trapped in the backyard trampoline, do they? Yet, strange things do happen, my friends!

Recently, around 40 cows escaped a South Gippsland property in Victoria one night, but most of them were soon returned to their sheds. Only one of them remained missing, but she was soon found a kilometer away!

Namely, this runaway ended up trapped in an in-ground trampoline, while she was trying to leap over it, and the shocked Kay Laing saw her! 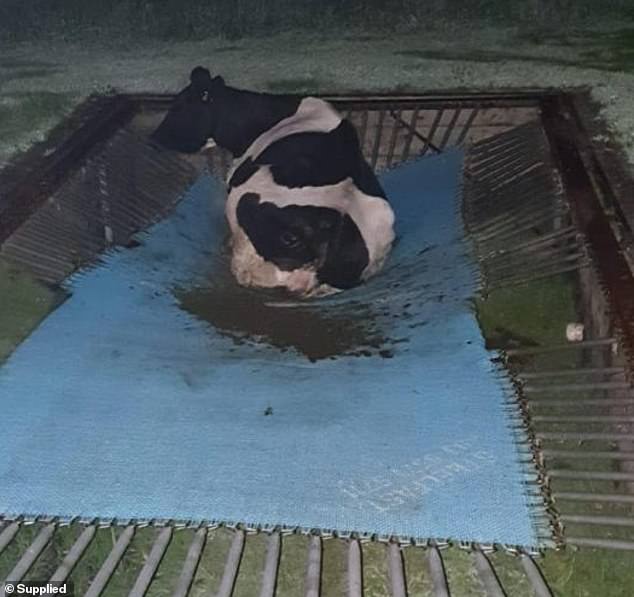 The resident of South Gippsland, in southeastern Australia, Laing, quickly called the cow’s owners, and they came to rescue her with their tractor. The animal was sitting on the backyard trampoline, waiting for her owners to help her.

“I don’t know how long it took to get them off but we were back in bed by 3.30 am. I’m tipping she would’ve been pretty terrified.”

In the end, the cow was removed off the trampoline, uninjured. She walked over a kilometer back home. 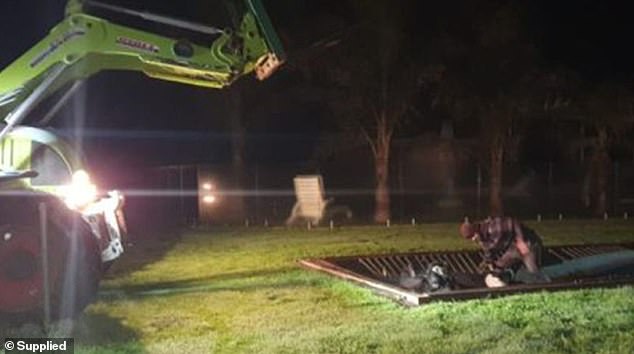