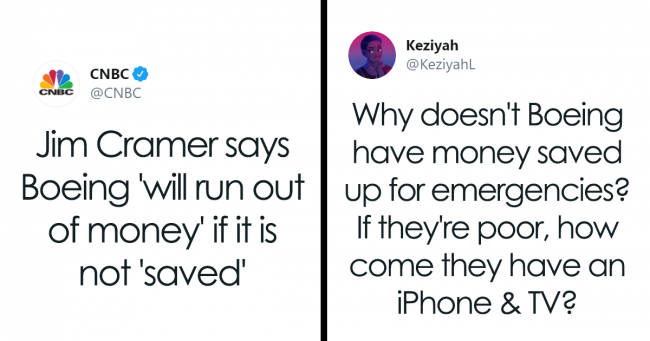 Unfortunately, those that are most in need, the poor, are often criticized and suspected they do “not work hard enough” or are simply “lazy.”

Instead of being offered help, these people are usually left on themselves to survive and are advised to struggle, to try more, to find a better job, or even two.

“Some people can’t seem to understand why poor people can’t just stop being poor. One of the things that gets harped on is the idea that poor people spend money on frivolous things; somehow some people believe that, if the poor just gave up their cell phone and Nikes, they would pop up into the middle class.”

The new coronavirus pandemic is expected to again punish the most vulnerable and the less protected. Mark Muro, a senior fellow at the Brookings Institution, says:

“One month could wipe out 10 years of progress in the fight against inequality. A huge service-sector recession is coming, and we’re talking about more than 10 million jobs at risk that are often low-wage, low-benefit, or tip-based.”

Recently, Twitter user @KeziyahL showed that the criticism the poor face daily is both, ridiculous and unfair, at the same time.

Tired of reading about companies whose profits have dramatically dropped due to the Covid-19 outbreak, she decided to raise her voice.

Making a comparison between them and billion-dollar companies, here is how she dealt with people that blame the poor for their poverty: 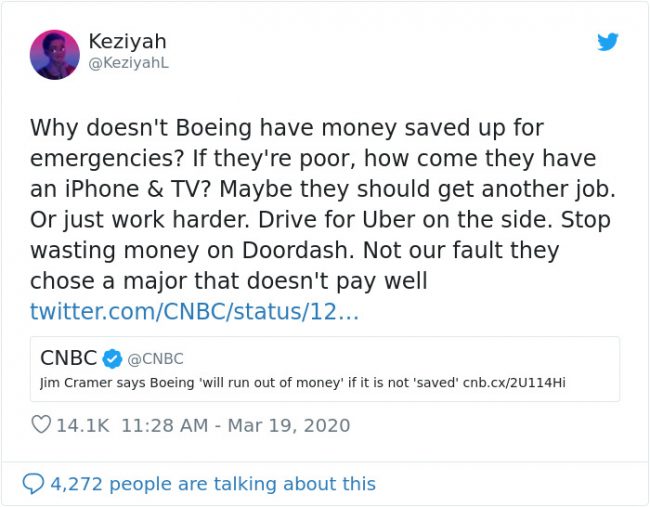 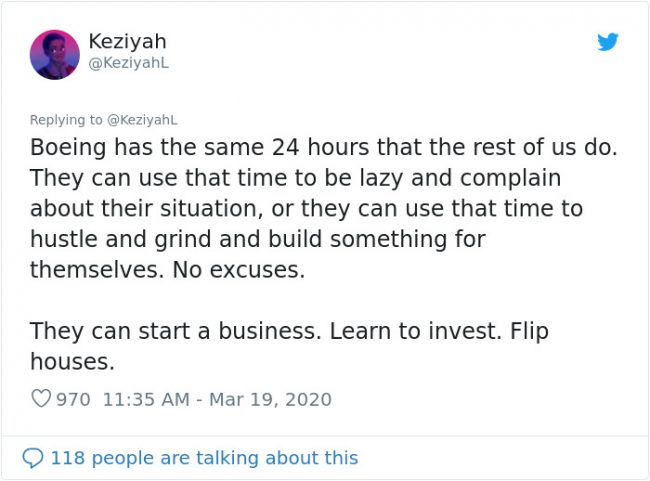 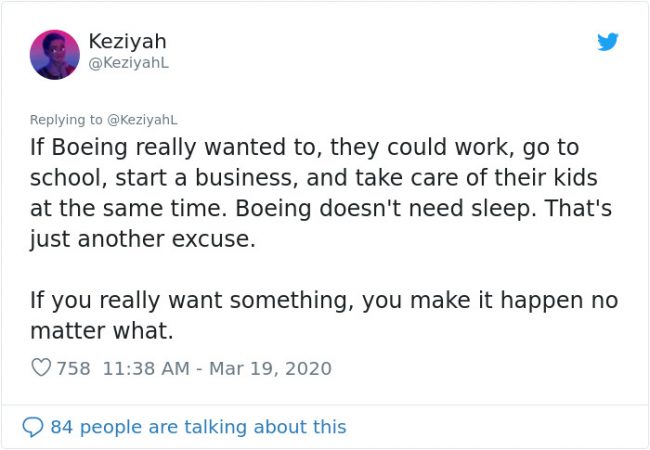 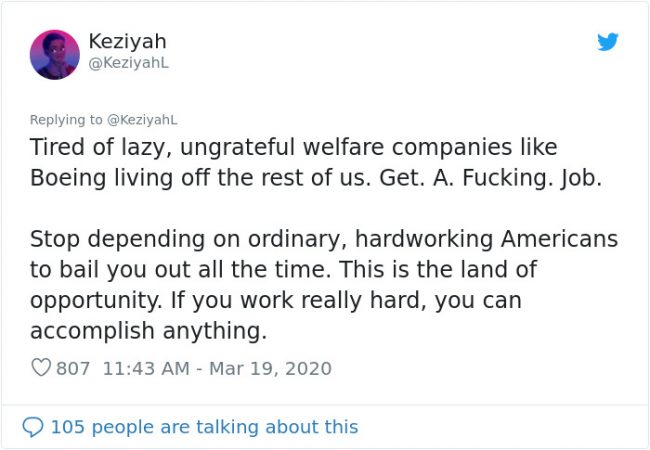 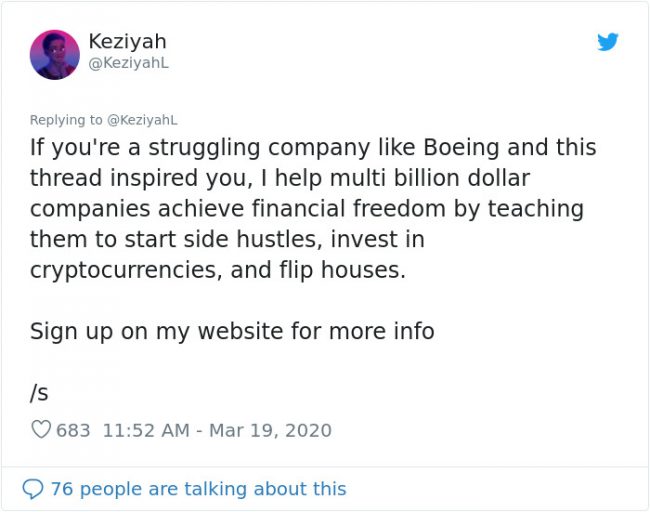 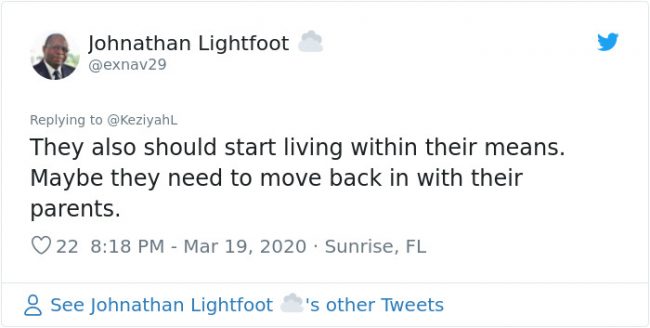 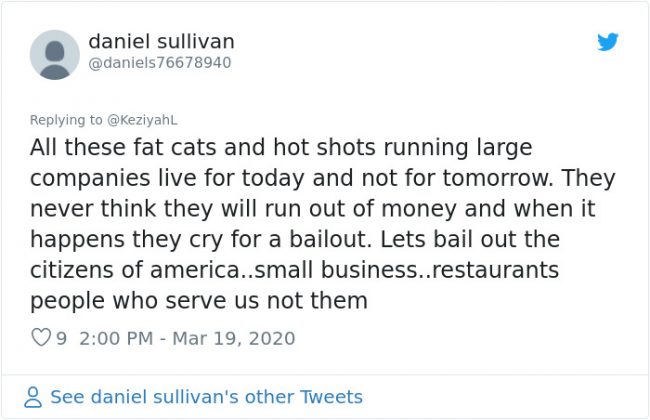 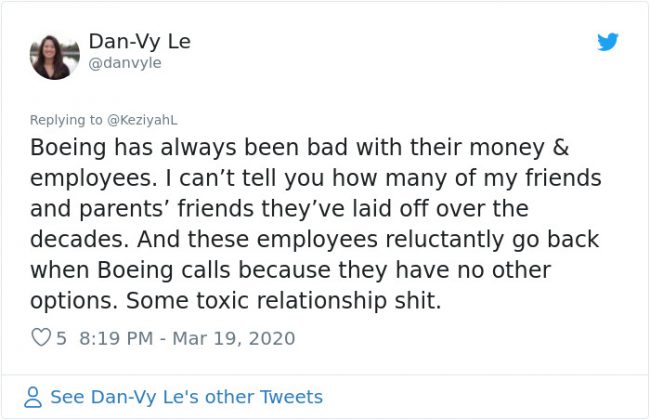 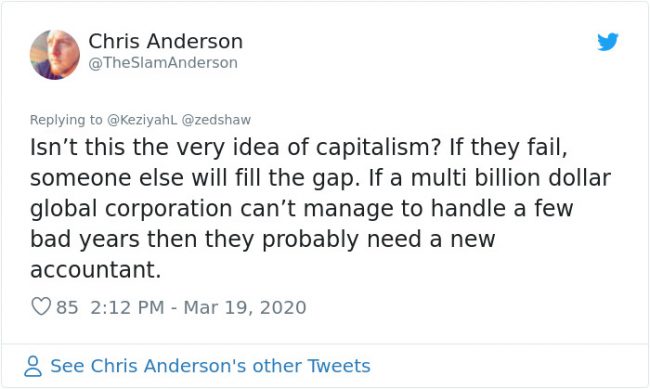 Husband Plants Thousands Of Flowers For His Blind Wife To Smell.