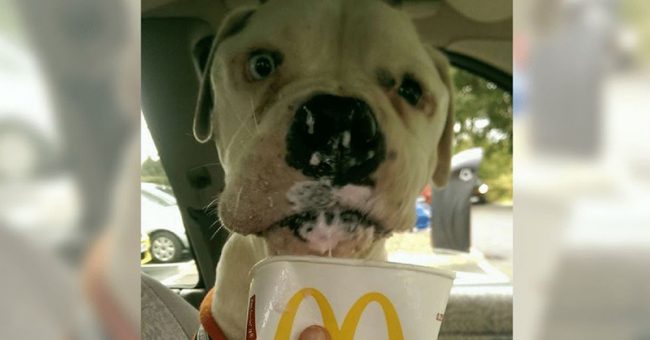 Dogs can give unconditional love that many of us have felt and enjoyed, as these amazing creatures define friendship and loyalty better than humans. They have a good nature and make ideal companions, providing plenty of joy and love, and they deserve the same.

Yet, when they get old or sick, many of their owners leave them in animal shelters to be euthanized or die alone, and some even kick their pets out onto the streets.

The American Society for the Prevention of Cruelty to Animals reports that about 2.6 million dogs and cats were euthanized by animal shelters across the U.S in 2011. This number has been decreased in recent years to about 1.5 million, but we could definitely do better.

Fortunately, there are still people who cannot stand such cruelty, and one of these, the 46-year-old Nicola Coyle, decided to set up a hospice in her home and cater for sick and abandoned dogs.

This retired nurse goes to shelters, pounds, and other charities, and rescues dogs that are either too old or too sick and are given no more than 6 months to live.

The Grey Muzzle Canine Hospice Project has been running out of her home for several years now, and last year she made it an official project. With the help of her children, she takes in two dogs at a time and loves them and cares for them like no one before.

Nicola claims she enjoys every single moment, even though it is an utterly heartbreaking job. She makes sure the dogs spend their final days, weeks or months with the love they deserve.

Each of these dogs has a different story, but Nicole believes most of the dying dogs are abandoned by owners unwilling to pay for expensive vets bills or are ‘working dogs’ no longer considered useful.

One charity she regularly helps claims that they are extremely grateful to her as she loves and cares for the most desperate dogs.

She spends about £500 on each dog, from her savings and funds raised from donations to her project, which cover the medical bills, bucket lists, and transportation of the dogs to her home, as well as the parties, treats, outings, and accessories.

When the dogs die, she buries them in her backyard garden or has them cremated. She says that 20 dogs are buries in her garden, as well as her parents’ garden, and some of them are cremated.

If the dogs stay much longer than anticipated, she always keeps them for as long as they hold on.

As she does not know their birthdays, she makes sure every dog has a birthday party in her home, and she takes them for a day at the seaside, they get fish and chips on the beach and ice cream. She also takes the dogs to the local pub, and they get a steak dinner too.

Nicola claims that her children, Harry and Olivia, aged 14 and 15, along with her friend, Lisa Emmans, are her greatest support, as she gets emotional every time a dog leaves her.

Joanne Snaith, from Helping Yorkshire Poundies, says that Nicola does an amazing job by rescuing dogs that have been kicked out by their owners at the very end of their lives.

She adds that she admires the work of The Grey Muzzle Project, as rescuing is a difficult and never-ending hard work. Moreover, Nicola has to put herself through the emotional wringer with every dog.

Saying goodbye to a dog can be a heartbreaking experience not everyone can handle, but this woman has decided to go through it all numerous times, just to make sure the abandoned dogs spend their final days living life to the fullest.

Her project has saved numerous British dogs from miserable endings, so if you want to find out more about it and donate, visit them on Facebook.

Throw Away Your Pool Noodles Immediately