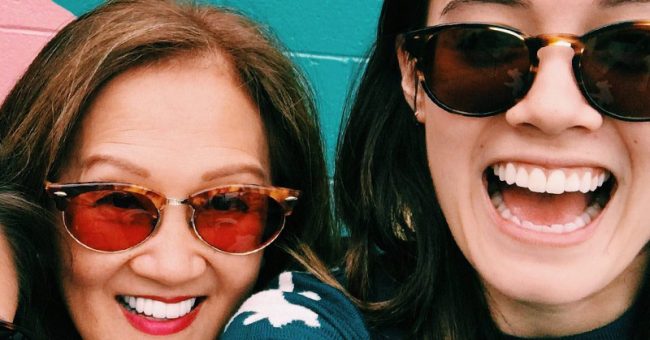 The bond between a mother and a daughter is especially strong, and it is as a vital building block for the girl.

The influence of an independent and strong woman on the little child usually results in such a daughter, and numerous researchers confirm that the biggest precursor for a girl’s future success is having a strong mother figure in her life.

Executive coach and international speaker Bonnie Marcus claims that in 2015, she surveyed over 600 professional women about their ambition, and the ones who self-identified as extremely/very ambitious shared that it was their mother who had the greatest impact on their ambition.

Similarly, a survey that involved around 1000 teenage girls by Keds and Girls Leadership found that 63% of girls say their role model is their mom. What’s more, contrary to stereotype, teen girls prefer the support of parents, and especially mothers, over their friends.

The way mothers live, act, and speak sets the tone for how their daughters view themselves and interact with the world.

A strong mother teaches her daughter to not be dependent on anybody, but to be confident that she can conquer the world on her own.

These women also teach their children to stand up for themselves to survive in the cruel world outside their cozy home.

Strong women know their worth and know the power of real love, so these girls are taught to avoid toxic relationships and to determine which people should be kept close in life.

A strong mother respects herself, does not tolerate being put down, and never considers giving up an option.

Their daughters, therefore, learn to stand up for themselves, and work hard to achieve their goals, as the path to success is never linear. Moreover, these girls are told that crying is not a sign of weakness, but they must stand up every time they fall, and move forward.

Strong women show their daughters the power of forgiveness, they advise them to be kind, but to tolerate only to a certain extent. It is all about balance in life, and they show their child how to wear multiple labels in a world that loves to put us into neat boxes, and not get tied to just one role.

If you have been lucky enough to have a strong mother, you know that she has taught you how valuable you are, and has set your standards high.

You are special, so you deserve something special. Never rush the process, give time some time. Strong daughters know that their mothers support them, and are determined to pursue their dreams.

A strong mother is her daughter’s best friend, she is the best listener, and is always ready to advise or help. These women are role models to their daughters, who eventually grow up to be strong women themselves.

The 2020 Australian Firefighter Calendar Is Here And It's On Fire

People Are Already Getting Arrested for Trying to "Storm Area 51"