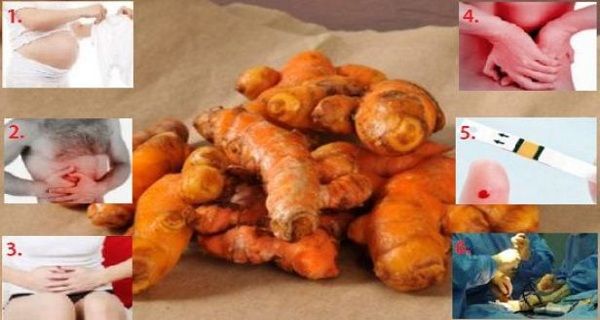 It is often assumed that if something is natural, it cannot cause any side effects, especially not turmeric. Turmeric is the 3rd most popular spice since it has numerous health benefits, it has a unique aroma and can be used as a dye.

However, turmeric can cause numerous side effects, including dizziness, nausea, diarrhea ad stomachache. Therefore, there are certain groups of people who should avoid turmeric.

According to the University of Maryland Medical Center, turmeric may interfere with antacid medications, and may lead to increased stomach acid in case it is combined with antacid drugs like Pepcid, Nexium, Tagamet, Prevacid or Zantac.

Turmeric contains causticity and due to that, its long consumption may lead to gastric disorders.

Turmeric may also decelerate blood clotting as found at the National Institutes of Health. Therefore, you should not take it with anticoagulant and/or antiplatelet drugs.

Hence, before you start taking turmeric or turmeric supplements, you must consult you doctor in case you take blood thinning medications.

Medications which acts as blood thinners and should  not be taken together with turmeric are the following: ibuprofen (Advil, Motrin, etc.), aspirin,  naproxen (Anaprox, Naprosyn, etc.), warfarin (Coumadin), and others.

Regarding the fact that it may decelerate blood clotting,  you should avoid turmeric in case you take herbal supplements that slow clotting as well. According to the NIH website, these include ginkgo, danshen, garlic, willow, ginger, angelica, red clover, clove, Panax ginseng, and others.

Moreover, due to this property of turmeric, you should not consume it a least a couple of weeks before a surgery.

Turmeric may worsen gallbladder problems, so you should avoid it in case you have a bile duct obstruction or gallstones.

Individuals who take certain medications should also use turmeric with care as it might also interfere with anticoagulants such as warfarin, aspirin, and clopidogrel.

Turmeric is LIKELY SAFE to be taken during pregnancy and breastfeeding if taken in moderate amounts by mouth. However, it is LIKELY UNSAFE if taken orally in medicinal quantities by pregnant women, as it may  endanger the pregnancy since it can stimulate the uterus, and it may also promote a menstrual period.

Furthermore, there is no information so far  about the level of safety of turmeric in medicinal amounts in the case of breastfeeding, so it is advisable not to use it in order to prevent any possible side-effects

Despite the fact that the curcumin found in turmeric successfully empties the gallbladder and lowers the risk of creation of gallstones and gallbladder cancer, patients with biliary tract obstructions are advised to avoid this spice.

5 Laws of Weight Loss: Losing Weight, for Each Body Part

American Doctor Reveals The Most Powerful Natural Antibiotic: It Kills Any Infection in The Body – Recipe