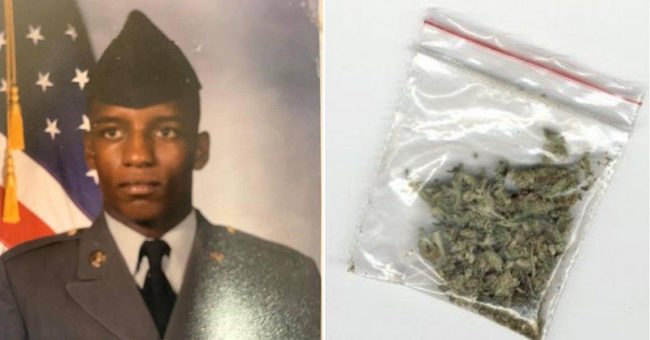 The Louisiana Supreme Court reviewed the appeal of a war veteran sentenced to life in prison for attempting to sell 0.69 grams of marijuana and set him free.

War veterans are the heroes of the nation. While ordinary people continued living their lives as normally as possible, these women and men sacrificed their lives, their families, all that was ever important to them, to serve the country.

Sadly, the majority of those who have survived the war and combat exposure was left with terrible, irreparable damage in terms of their physical and mental health.

Moreover, they are extremely unpaid for their priceless service, and many of them have spent all these years struggling to get back on their feet, having access to poor or limited care.

According to the estimates of the U.S. Department of Housing and Urban Development (HUD), “40,056 veterans are homeless on any given night.” The 2013 National Survey on Drug Use and Health showed that 1 in 15 veterans suffers a substance use disorder.

Moreover, about 20 to 30 percent of war veterans suffer PTSD, sometimes in conjunction with drug and alcohol problems. The story of one veteran can serve as a reminder to readdress the issue of the heroes, and ensure the welfare they deserve.

Back in 2008, one U.S. military veteran, Derek Harris, was arrested in Louisiana for trying to sell 0.69 grams of marijuana to an officer of the law for $30. The veteran was later convicted and sentenced to 15 years in prison.

However, four years later, in 2012, his sentence was increased to life in prison under the Habitual Offender Law. The “3-strike” law gives convicts with prior charges stricter punishments, typically life in prison.

Yet, the prior offenses of this man were non-violent and had happened long before the last one. In 1991, he was arrested for selling cocaine, and in the next two years, he was twice convicted of simple robbery.

Harris also served time for simple burglary in 1997 and theft under $500 in 2005. At the resentencing, the judge estimated that the man had committed so many petty crimes that he had to condemn him to life in prison.

At the court hearing, Harris appealed against inadequate representation, and the case was reopened. The Louisiana Supreme Court reviewed his appeal and concluded that he had “ineffective assistance of counsel at sentencing on post-conviction review.”

Harris explained that his defense attorney did not protest the sentence or speak up in his defense as the judge sentenced him to life in prison for less than a gram (0.69g) of marijuana.

His new lawyer, Cormac Boyle, said that Prosecutors at the 15th Judicial District Attorney Keith Stutes’ office in Vermilion Parish have agreed to release his client because he has served enough time in prison already. 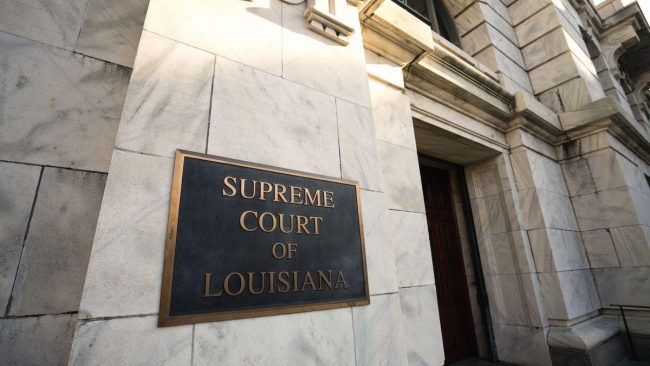 Louisiana Supreme Court Justice, John Weimer wrote in his legal opinion that the trial judge of Harris had confirmed that he did not fit the description of a drug kingpin or a drug dealer, and this was why he didn’t receive a maximum 30-year sentence at his first trial.

He wrote that his prior offenses “were nonviolent and related to his untreated dependency on drugs.” After his exit from Desert Storm, a U.S. military operation that oversaw Iraq’s invasion of Kuwait in 1990, Harris returned to the U.S. and developed a drug problem.

His attorney is now coordinating with the Louisiana Department of Corrections to release him as soon as possible. It is expected that Harris will move to Kentucky to be close to his family and to stay with his brother, Antoine.

This case triggered debate surrounding the Habitual Offender Law and the treatment of war veterans across the country, and the HOL has been harshly accused of prejudice against people of color.

The HOL works with the so-called “3 Strikes, You’re Out” rule, imposing a mandatory life sentence on criminals who have committed certain crimes repeatedly.

The law was enacted in 1994, and over the years, many have accused it of dragging the American judicial back several centuries.

It has been claimed that it leads to overpopulation in the prisons, disproportional sentences, and racial prejudice against minorities and people of color.

Cormac Boyle, of The Promise of Justice Initiative -- a New Orleans-based NGO that helps people who have become victims of the complexities of the US criminal justice system, said that the details of the case of his client were not unusual, and concluded:

“It is certainly time for Louisiana to rethink how it uses the habitual offender law. While in theory, such a law may be fine, in practice it perpetuates and exposes some of the worst aspects of the criminal justice system.”

He also added that the release was just the first step in helping Harris start a new life. During his time in prison, he worked in the prison’s hospital, but he will leave the jail in need of a job, medications, and other basic necessities.

“Supporting Derek did not end with overturning his egregious life sentence and it did not end the day he walked out of Angola. Righting the harms done to a person through incarceration includes supporting their health, housing, and adjustment to their long-deserved freedom we need all the help we can get.”

Similarly, back in 1997, Fair Wayne Bryant, a 62-year-old African-American man, was sentenced to life in prison by the Louisiana Supreme Court for stealing a pair of hedge clippers!

He had been previously convicted of petty crimes like possession of stolen items, check forgery, and breaking into an uninhabited building.

After spending 23 years in prison, his appeal for a review of the sentence was rejected by the Supreme Court in a widely criticized ruling. The only African-American and the only female of the six judges on the panel was the only one who voted for an overturn.

Supreme Court Chief Justice Bernette Johnson later said that “the sentence imposed is excessive and disproportionate to the offense the defendant committed”, and wrote:

“Mr. Bryant has already spent nearly 23 years in prison and is now over 60 years old. If he lives another 20 years, Louisiana taxpayers will have paid almost one million dollars to punish Mr. Bryant for his failed effort to steal a set of hedge clippers.”

What Happens When You Don’t Wash Your Sheets Often