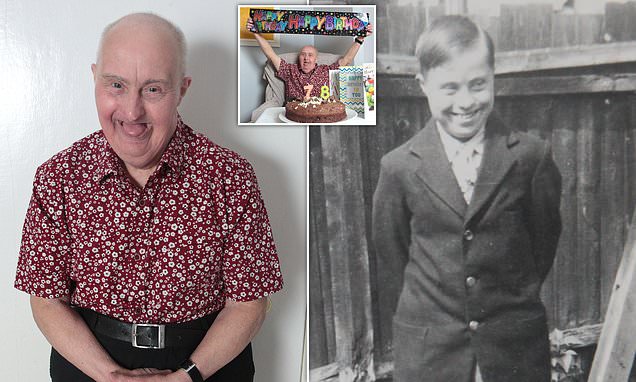 Although doctors informed his family that he would live only 12 years, the oldest person with Down’s Syndrome in Britain died this September, at the age of 78.

Not so long ago, doctors lacked knowledge and training for patients born with Down Syndrome, and the awareness for this condition was dramatically lower. This often had terrible consequences, and apart from being discriminated against and marked as outcasts in the society, these people were also treated inadequately.

Fortunately, things have changed a lot in the past several decades, and nowadays, these individuals can freely enjoy their lives until old age.

This September, the oldest person with Down Syndrome in the UK died at the age of 78, even though doctors initially believed he would only live for 12 years.

Robin Smith was a resident of Kettering in Northamptonshire, and last year, when he turned 78 on October 9, he became the new record holder as the oldest living Britain’s person with Down Syndrome.

He defeated the odds, even though his family, after his birth in 1941, was told that he would live no more than 12 years.

Fortunately, he lived a pleasant, full life and was a huge fan of Cliff Richard and Elvis Presley. 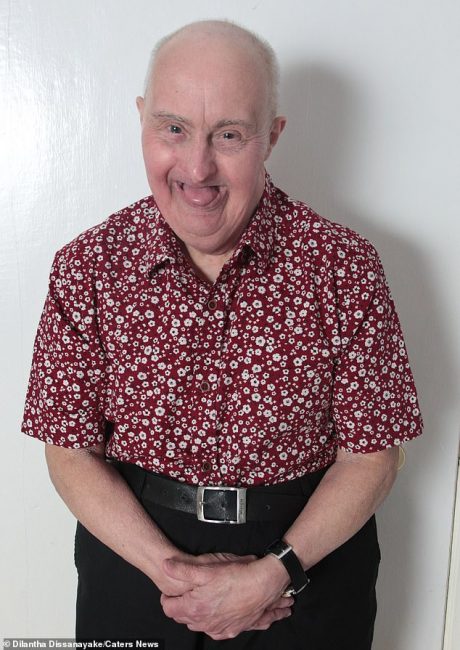 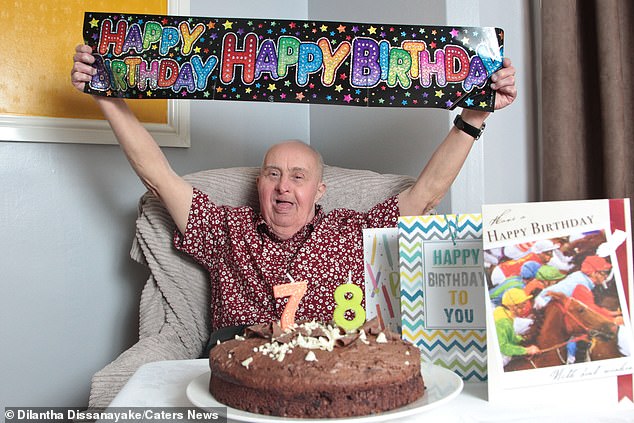 Sadly, he passed away on September 27 at Northleigh Residential Home in Kettering, which was his home since 1986. His numerous family and friends paid tributes, describing him as a “beautiful soul” with an unforgettable laugh.

The employees at the care home said that Mr. Smith, a big lover of yoga and aerobics, ‘lit up a room with his twinkly eyes and cheeky smile’.

His brother, Ian Smith, said that he spent 34 years at Northleigh and this was his happiest place, spending his time with amazing staff and residents. Therefore, he added:

“To all the staff I would like to say a massive thank you for their kindness and amazing care and Robin clearly adored them all.”

Staff at Northleigh Residential Home planned to celebrate Mr. Smith’s life at a ‘night to remember’ party on Friday, the day which would have been Robin’s 79th birthday. They served up his favorite cake and snacks and shared their favorite memories of Robin.

Billy Fulcher who worked as a support worker at the care home, said:

“Robin was the legend of Northleigh. I was so happy to work with such a caring and special individual. Robin was more than a resident to me. He became part of my family. He touched everyone’s heart in that way. I take great pleasure in knowing I was part of his life.

He had such a beautiful soul and he had a laugh I will never forget. He lit up a room with his twinkly eyes and cheeky smile and no one that met him could resist adoring him.”

At his last birthday party, everyone said that he is such an ”amazing man”, and he explained that he believes it was crucial to have an active lifestyle and keep yourself as busy as possible.

He enjoyed dancing, was passionate about yoga, and was also a big fan of bingo, dancing, and horse betting. Robin also loved watching his favorite soaps on TV and eating Weetabix and cheesecake.

He grew up in St Margaret’s Avenue in Rushden with his parents, Ivy and Sid, and his two older siblings, Elisabeth and Lain.

The next record holder is Georgie Wildgust, after turning 78 in August. His case is similar to Robin’s, as doctors did not expect him to live over the age of 10.

He is retired and lives at Watcombe Circus care home in Carrington, Nottingham, and has an active social life, surrounded by family and friends. 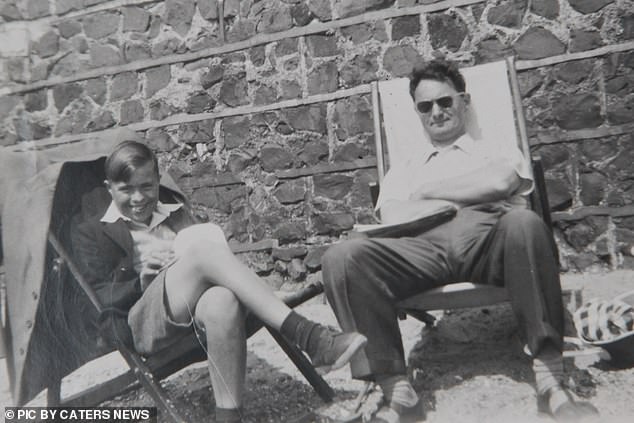 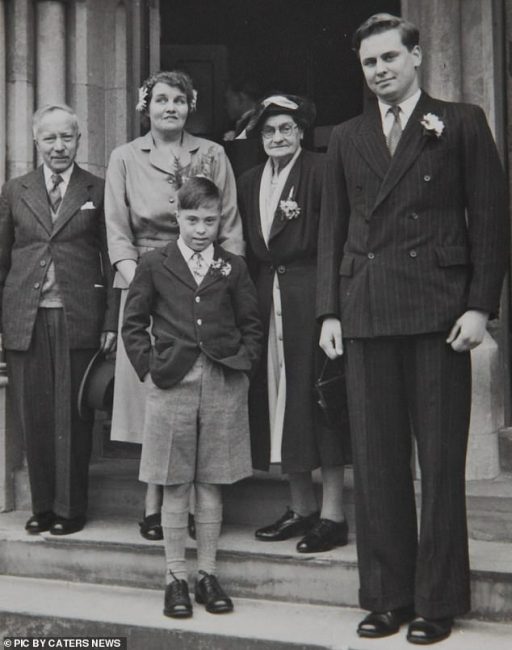 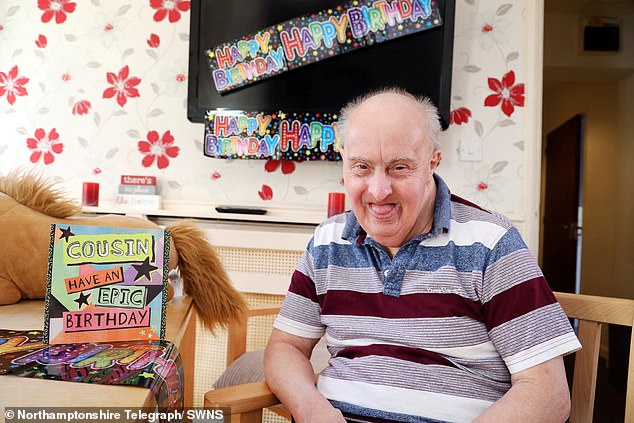 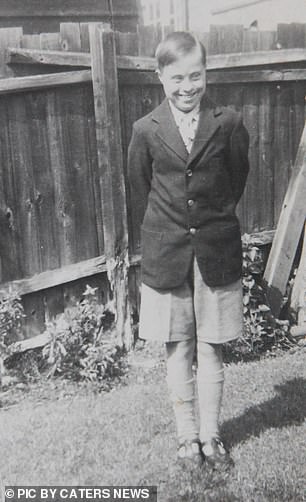 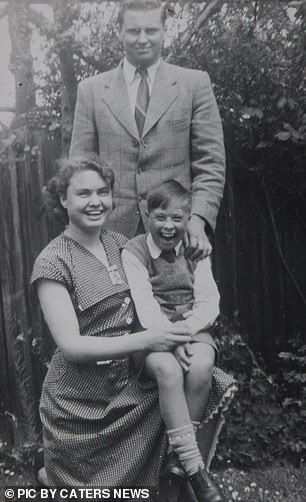 The life expectancy for people with Down Syndrome was much lower in the 1940s, while nowadays, it is between 50 and 60.

“Thanks to medical advances and the care and love of those around them, the average life expectancy for people with Down’s syndrome is now between 50 and 60 years, with a small number of people living into their seventies and beyond.”

Things were much different at the time Mr. Smith was a child, though.

Often, children born with the syndrome were abandoned or even killed. A lot of them were sent to institutions where their condition and other related conditions, such as heart diseases, were not appropriately treated. As a consequence, many of them died.

In the early years of the 20th century, the eugenics movement started, and campaigns for sterilization of people with Down Syndrome spread throughout the world.

The Eugenics Education Society was founded in Britain in 1907 and it fought to sterilize and restrict the marriages ‘for the weak’ to prevent the perceived ‘degeneration of Britain’s population’.

In 1908, Sir James Crichton-Brown recommended that people with learning disabilities and mental illnesses should be sterilized and Sir Winston Churchill supported the act.

Later, in 1931, a bill for the compulsory sterilization of certain categories of ‘mental patient’ was proposed in Parliament by Labour MP Archibald Church.

It was never implemented, yet, forced sterilizations were carried out under coercion throughout the entire country.

After World War 2 ended, two years after Mr. Smith was born, the idea of ‘racial hygiene’ started losing its popularity, but many notable people continued to support the theories of eugenics, including campaigner Marie Stopes.