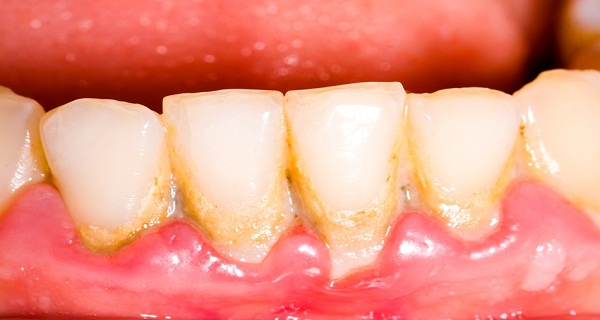 What would you say if I told you you could drastically improve your oral health and whiten your teeth by using just two teaspoons of a single ingredient each day?

Well what if I also told you that the ingredient is something you likely already have in your home?

Read on and we’ll unveil the mystery substance and its workings!

In case the subheading didn’t give it away, the ingredient in question is oil. That’s unrefined cooking oil to be precise such as coconut oil. It doesn’t really matter which one you choose and it doesn’t matter if you don’t like the taste… because you’re not actually going to eat it.

Instead, take your two teaspoons and put them in your mouth. Now, you’re going to swish your mouth with the oil (as you would do with water after brushing your teeth) and then spit the oil into the sink. You may find it’s gross but that’s beside the point.

This is what’s known as ‘oil pulling’ and it’s a technique that has been used in Ayurvedic medicine for centuries. The surprising thing is that unlike some of these other ‘ancient remedies’, oil pulling might actually work. As a result, it’s recently become very popular and is now touted by all manner of health bloggers, vloggers and grandmas.

What precisely does it do? Well, among other things, oil pulling will combat halitosis, gingivitis, eczema, acne and more.

The idea behind oil pulling is that swishing oil will ‘draw’ the bacteria out through the pores in your gums, thus removing it from your mouth and from your body in general.

This is a nice theory but it’s not really scientifically backed. Unfortunately there’s no evidence that oils do this and in fact the whole idea of ‘drawing things out’ from your skin may be misguided. In fact, oils, honey and other remedies actually just soften skin to help remove splinters etc.

So in fact, oil pulling can offer all those benefits when it comes to clearing the bacteria out your mouth – it’s just the bit about the pores that’s not quite accurate.

What’s more, seeing as flossing can reduce cancer rates by reducing the amount of bacteria taking its toll on your body’s immune system, it stands to reason that oil pull may be able to do the same!

Should You Do It?

Many people thus swear by oil pulling and they may well have better teeth and breath as a result. Doing this every day though may be a little extreme – bear in mind that the recommendation is to swill for a full 20 minutes. Floss thoroughly, brush regularly and just use this every now and then to get that bacteria count down.