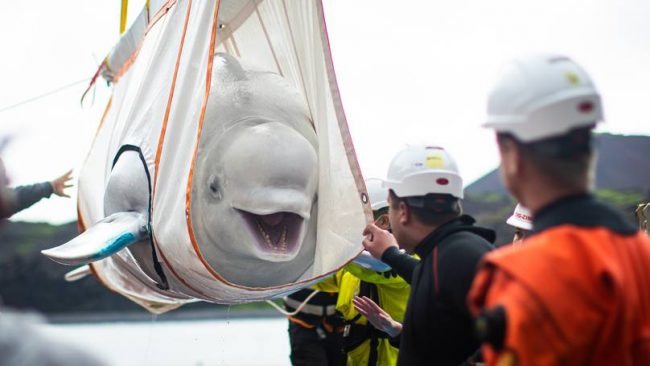 After more than a decade spent in an aquarium, two Beluga whales were finally freed to a seawater sanctuary in Iceland.

Freedom is essential for overall high quality of life. Can you imagine being confined for over a decade, and finally released after all that time? Can you imagine the joy?

Little Grey and Little White, two Beluga whales, have been at Ocean World in Shanghai for more than ten years on show in an aquarium, performing tricks to receive fish.

When they were only a year old, they were captured in Arctic waters on the north coast of Russia, and then sold to Changfeng Ocean World in Shanghai in China.

However, in June last year, for the first time in years, they were rescued by UK based charity Sea Life Trust, which shipped them around 6,000 miles away, to a new home in Iceland.

They finally got the opportunity to swim in the open ocean again! 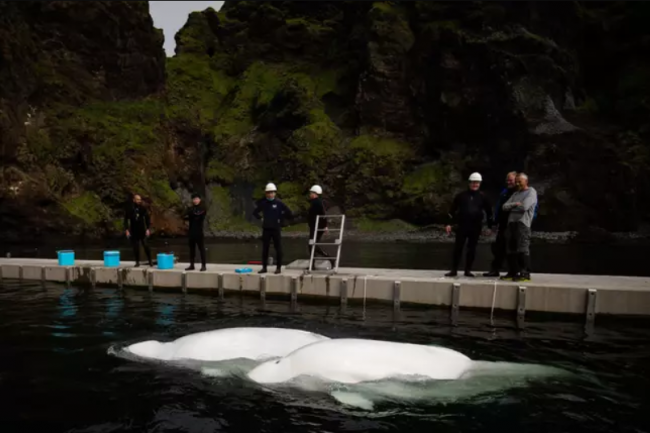 “We’re absolutely delighted to be able to share the news that Little Grey and Little White are safely in their sea sanctuary care pools and are just one step away from being released into their open water home.

Following extensive planning and rehearsals, the first stage of their release back to the ocean was as smooth as we had hoped and planned for.

We are carefully monitoring Little Grey and Little White with our expert care team and veterinarians and hope to announce their final release very soon.”

To protect the bodies of the two female whales, Little White and Little Grey, they put them into specially designed slings with custom foam matting for cushioning before they were taken out of the aquarium.

The entire relocation process took 30 hours from China to Iceland, as, they were transported in a lorry, a Boeing 747-400ERF cargo aircraft, and finally a harbor tugboat. 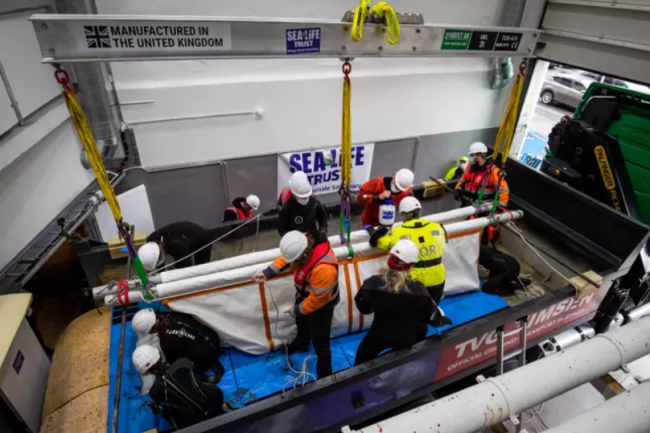 Thankfully, they arrived safe and sound. They were initially held in the bayside care pool to get used to the new natural environment and all the outdoor elements.

Next, the animals, which weigh around 900 kg each, were transported to a pool at the Beluga Whale Sanctuary’s visitor center at Klettsvik Bay, in the Westman Islands, off the south coast of Iceland.

Audrey Padgett, the general manager of the Sea Life Trust’s Beluga Whale Sanctuary, explained that the Klettsvik Bay sanctuary has room for about 10 belugas, but there are no firm plans right now to add more.

“Our focus is still firmly on Little White and Little Grey and getting them out into the larger sanctuary space. When [they] are out in that sanctuary, that opens the door for conversations about future belugas that could come and join them.”