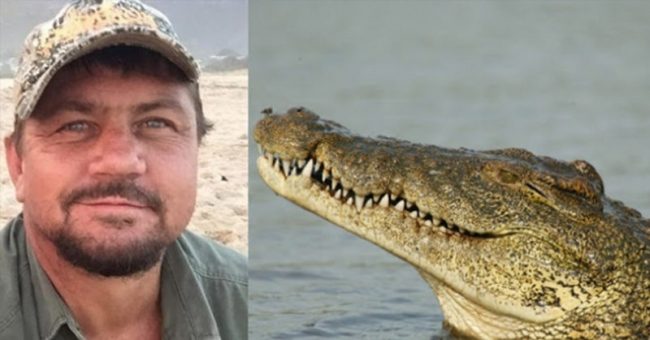 Apart from their numerous other desires and passions in life, some people find excitement in hunting and killing innocent animals.

Bloodthirsty or profit-driven, or both, many hunters find pleasure in it, something which cannot be justified in any way. Hunting should never be considered an acceptable, wholesome activity, as it lacks all characteristics of a sport.

Poaching is a serious problem in many parts of Africa. It has terrible consequences on the long-term survival of wild animals, and it often contributes to the decreasing numbers of endangered species.

Hunters enter reserves and sanctuaries to hunt animals for specific valuable parts, like the ivory horns of elephants and rhinos.

Legal hunting, or trophy hunting, done primarily for amusement and sport, is a big issue as well. It has burgeoned into a billion-dollar, profit-driven industry, and is allowed in many countries in sub-Saharan Africa, with varying degrees of transparency and control.

Animals end up desperate and threatened by people who invade their homes, whether to cut off and sell parts of their bodies or to set up cities, and they start to lash out and struggle for survival.

They won’t stay still while hunters walk into their territory and attempt to kill them. In some cases, the hunters become the hunted.

A few years ago, a popular trophy hunter from South Africa ended up eaten by crocodiles in Zimbabwe.

Back in 2017, Scott van Zyl, a hunter from South Africa, went missing while he was on a hunting trip. Famous for arranging hunting trips for clients from abroad, it is believed that he was killed by crocodiles on the bank of Limpopo river.

He was escorted by a pack of dogs and a Zimbabwean tracker, but the duo went in the opposite direction, into the bush. The dogs returned to their camp without van Zyl, who had left his belongings inside the truck.

Helicopters, trackers, and divers tried to find him, and rescue teams were sent in as well. At last, his tracks led to the bank of the river, and his backpack was found there.

Human remains are believed to have been found inside two crocodiles in the river, and they were tested by forensics to examine if they belong to van Zyl.

According to his website, he has successfully finished many hunts, listing elephants, the blue duiker, buffalo, rhino, lions, leopards, and antelopes as his target animals.

In July 2019, a group of poachers who infiltrated themselves into reserves in South Africa to hunt rhinoceros had a similar fate.

In the early hours of the following morning, people found their weapons, shoes, and some of their clothes, as well as human remains after they have been torn apart by a pack of lions.

Three pairs of shoes were discovered on the scene, but only one human head. Although human casualties are sad and disturbing, hunters and poachers responsible for the deliberate murders of endangered species for financial gain or pleasure need to be stopped.

There are many similar stories of poachers who had eventually become prey. Animals will fight back to survive and save their lives. Yet, we can all contribute and ensure the wellbeing of animals.

There are many organizations that struggle to protect endangered and important species worldwide, and we can all support them in order to put an end to these inhumane practices.

The largest animal rights organization in the world, PETA (People for the Ethical Treatment of Animals, advises:

“Before you support a “wildlife” or “conservation” group, ask about its position on hunting.

To combat hunting in your area, post “no hunting” signs on your land, join or form an anti-hunting organization, protest organized hunts, and spread deer repellent or human hair (from barbershops) in hunting areas.”

“Educate others about hunting, encourage your legislators to enact or enforce wildlife-protection laws, and insist that nonhunters be equally represented on the staffs of wildlife agencies.”