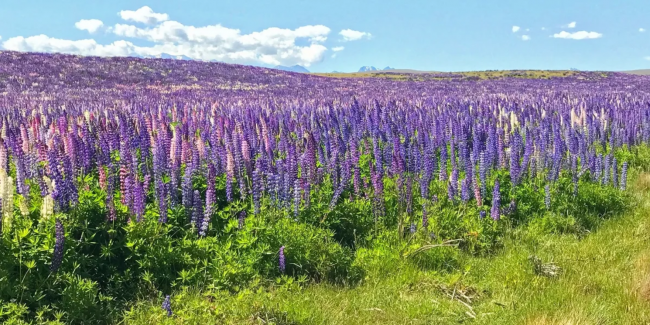 Bees are known as one of the most important insects on the planet, due to their critical role in pollination, crop production, and biodiversity.

The hard-working insects represent an irreplaceable link in food production and dramatically contribute to a healthy environment and a stable economy.

There are around 20,000 bee species worldwide, coming in all shapes and sizes, and 4,000 of them are native to the U.S. Unfortunately, their populations are severely threatened and in decline, due to various factors, including pesticide use, parasites, and a lack of flowers.

Life on this planet would be dramatically different without bees, so numerous organizations from all around the globe are struggling to find solutions and save them.

California researchers have specified the preferences of certain bee species in terms of flowers, as a way to help North American bumblebee conservation. Together with the Entomological Society of America, the group of scientists started investigating which flowers bumblebees prefer.

The authors of the study said:

“It’s important to consider the availability of plants when determining what’s selected for by bees. Often studies will use the proportion of captures on a plant species alone to determine which plants are most important to bees.

Without comparison to how available those plants are, you might think a plant is preferentially selected by bees when it is simply very abundant.”

A pair of Bombus vosnesenskii queens warm up on the sleeve of field biologist Alma Schrage prior to release. New research by IBP and partners helps bumble bee conservation in the Sierra Nevada by identifying their favorite flowers. See link in bio. #pollinators #conservation #NativeBees #BumbleBees

They discovered that different bumblebee species choose specific flowers even when foraging across the same landscape.

Helen Loffland, a meadow species specialist with the Institute for Bird Populations, explained:

“We discovered plants that were big winners for all bumblebee species but, just as importantly, plant species that were very important for only a single bumble bee species.

This study allowed us to provide a concise, scientifically based list of important plant species to use in habitat restoration that will meet the needs of multiple bumble bee species and provide blooms across the entire annual lifecycle.”

The authors concluded that selections by the five species were unchanged over the study period, so the maintenance, seeding, and planting with those plants would be beneficial for bees.

They mostly focused on the yellow-faced bumble bee (Bombus vosnesenskii) and found that it preferred large-leaved lupine (Lupinus polyphyllus). Also, three of five bumblebee species were found to prefer A. urticifolia, a member of the mint family.

Bees actually choose flowers according to the quality and quantity of nectar or pollen and how easily they can be accessed. Also, other factors include color preference, the length of the tongue, and flower symmetry.

Therefore, even though researchers found certain plant species that are more attractive to bumblebees than others, they added that their results “should be interpreted with caution because they didn’t record whether plants were being used as pollen sources versus nectar sources.”

Yet, these findings will be used by the U.S. Forest Service, and Loffland added that they can help landowners to restore bee habitats in regions similar to the one of this study.

“This sort of knowledge can really increase the effectiveness of restoration for bumblebees in a way that is relatively easy and cost-effective to implement.”

“It wouldn’t hurt to plant some of the species we identify here in your home garden. But the way that these plants are beneficial are not just on their own. You have to have a nice complement of plants that provide food resources throughout the season and not just at one point in the season.”

“Maintaining, seeding or planting these ‘bumblebee plants’ while managing the surrounding landscape” to support a “diverse floral community is likely to benefit bumblebees, especially if some combination of favored plant species are blooming across the duration of bumblebee activity at a given location.”

The best bumblebee habitats are rich in ﬂowers to feed on during the active phase of the bees’ lifecycle, from March until October.

If you have a garden, plant at least two kinds of bee-friendly flowers for every flowering period, and you will be of great help to the diligent creatures.

Gorillas Seen Dismantling Poachers’ Traps In The Wild – A First