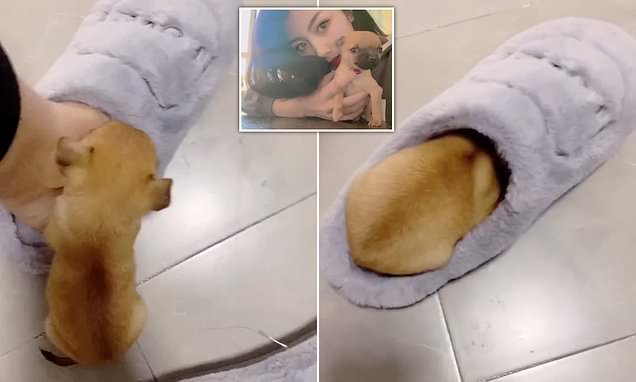 Millions of people loved the video of a brown little puppy crawling into the fluffy slipper of its owner, to “stay warm”.

The weather is now getting colder, so it would be wise to find someone to cuddle with and stay warm, don’t you think? One little pup from China has already solved this problem, and the solution has melted millions of hearts online!

Footage of a small brown puppy, named Xiao Zhi Ma or “Little Sesame”, shows the adorable dog crawling onto the fluffy shoe and curling up inside so it could ‘stay warm’. The video has garnered over 30 million views within 24 hours! 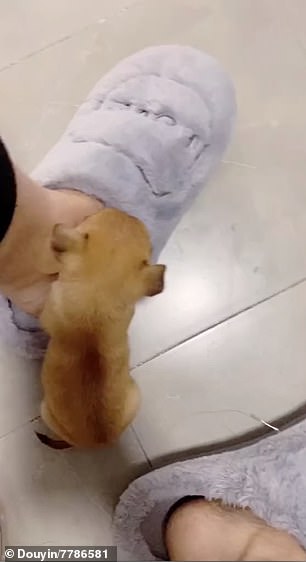 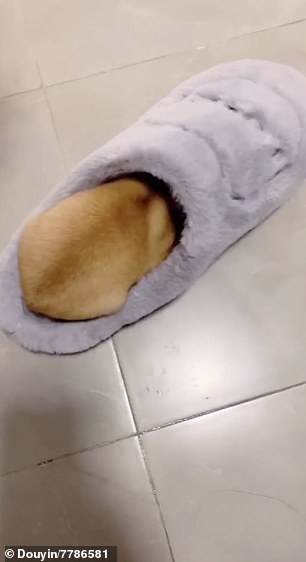 The clip was shared by the owner of the puppy, who is from north-eastern Chinese city Harbin.

“ Haha, this dog would try to rob the slippers from anyone who is wearing them.”

She explained that as it was getting colder outside, Little Sesame was using her furry shoe to stay warm.

In the video, the dog is trying to bite its owner’s feet, in an attempt to take off the furry shoe. 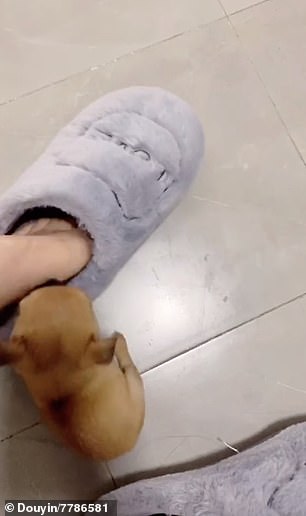 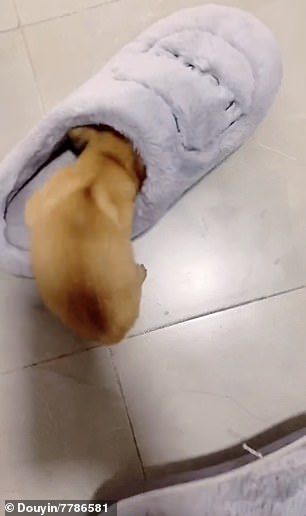 After the woman took it off, Little Sesame climbed into the purple slipper and curled up, with the head tucked inside! It is heart-melting! Within several hours, the eight-second clip became the most trending video on Douyin, the Chinese equivalent of TikTok.

We Lose Interest In Those Who Take Us For Granted