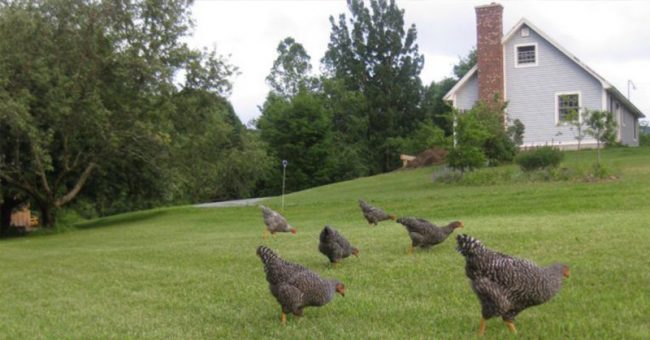 We all love to spend more time outdoors when the weather gets warmer, but the spring and summer come with their own drawbacks as well, just like any other season.  As nature wakes up with the spring, insects are ready for a meal!

According to the Center for Disease Control, since 2004, the number of people contracting diseases from mosquitoes, ticks, and fleas has more than tripled in the United States.

Many North Americans are facing problems with ticks, as their growing populations can cause an increased incidence of Lyme disease and the lesser-known Powassan Virus.

The rise in their populations cannot be explained easily, but some experts believe that the increasing global temperatures are helping insect populations to grow, extend their seasons, and spread to more areas.

Moreover, as we expand suburbia, the natural habitat for predators such as foxes and wolves gets decreased as well, so the populations of deer and rodents, which are ticks’ preferred meal, are on the rise too.

Therefore, many people ended up looking for effective ways to lower the risk of being bitten by a tick, and one of the best ones involves chickens!

Namely, these feathery farm birds many be effective at lowering the tick population in our yards. Chickens are aggressive foragers, so they devour all insects and pests they find when roaming freely outdoors.

Many chicken-owners claim that, apart from fewer ticks, they have also managed to lower the visits of flies, mosquitos, slugs, spiders, maple bugs, and other pests as well.

According to an informal 2015 study by Mother Earth News, 71% households faced a problem with ticks before they had chickens, 78% of them managed to control and eliminate the blood-sucking insects when they started keeping poultry, and 46 percent of them experienced a reduction of tick populations within a month after getting poultry.

One scientific study done in the 90s in South Africa analyzed the effects of chickens in reducing tick populations confirmed that they are natural predators of livestock ticks as well.

Chickens were allowed to scavenge for three hours among tick-infested cattle, and during this time, they ingested an average of nearly thirty ticks per bird.

A 1991 scientific study found that each chicken who scavenged for 30 minutes to an hour among tick-infested cattle in Kenya had 3-331 ticks in its gizzard, with an average of 81 per chicken.

Therefore, if you want to use these findings to ensure that your backyard is free of ticks, you should follow these guidelines:

If you cannot let a flock of chickens roam in your backyard, make sure you keep the grass cut short, and remove any leaf litter on your lawn. Also, create unattractive barriers for ticks between forested areas and lawns, and implement regular skin checks.

Purchase a tick spray to fend off these insects, or avoid areas where you can encounter them to avoid their bites.

In case you do get bitten by a tick, carefully remove it using a tick-puller or fine-point tweezers. Gently pull it in an upward motion, and do not twist or squeeze it. Plus, don’t handle a tick with your bare hands, and don’t try to remove it by using petroleum jelly, fingernail polish, or a hot match.

Then, place the tick in a sealed container and store it in the freezer, so it can be analyzed later if it is carrying Lyme disease in case you develop symptoms.

Next, wash both your hands and the bite with warm soapy water, rubbing alcohol, or an iodine scrub.

If you cannot remove the tick completely, or the rash has increased, if the area becomes red or oozes, or you develop flu-like symptoms, contact your doctor.

Call 911 immediately in case you experience severe symptoms, like a bad headache, difficulty breathing, paralysis, or heart palpitations. Make sure you regularly check your pets to prevent a tick infestation and use tick-control products on those pets that go outdoors.