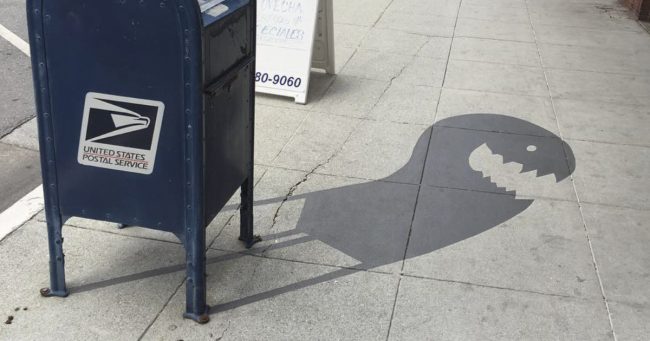 Some artists are so creative that each place is a perfect playground for them, and every day is an opportunity to create. Some of them have managed to bring shadows to a whole new level.

If you ever go to Redwood City, California, you will be fascinated by the work done by Damon Belanger, a graphic artist known for his diversified works of art.

Belanger’s recent project involves art creations painted on the streets, and they are both, playful and funny, and can even serve as a prank!

While taking a stroll around the city, you will be puzzled by the shadows around you, that seem to misbehave. Shady monkeys hanging around parking kiosks, mailboxes looking like smiling monsters, city maps resembling robots, and flowers sprouting from bike racks…

Wait, are you stuck in some kind of a fairytale?

Well, you are actually in the downtown area of the city, which has been creatively decorated by Belanger, after he was commissioned to adorn the streets with 20 artistic pieces.

He painted faux shadows on the sidewalk in a way that the entire city became a wonderland. He used public features and painted peculiar shadows to add new life to the site. He chose the object, outlined the character with chalk at first, and when the sketch was ready, he filled it in with dark grey paint.

“The shadows give regular mundane objects a lively spirit so people can have a little fun in their everyday life.”

“Active in the local art scene for over 10 years he has explored a multitude of various themes, styles, and ideas in his work. Most recently he is working on a series of acrylic paintings about memory and culture and installing unique shadow art paintings throughout downtown Redwood City.

Damon has done package design for some of the largest video game publishers in the world.

He was chosen to be artist in residence at works gallery in San Jose and his work has been exhibited in numerous galleries and museums throughout California and all over the U.S., including New York, Alaska, Ohio, and Kentucky. His drawings and paintings have been featured in various magazines, zines, and comic books.”

This is a part of his amazing work: 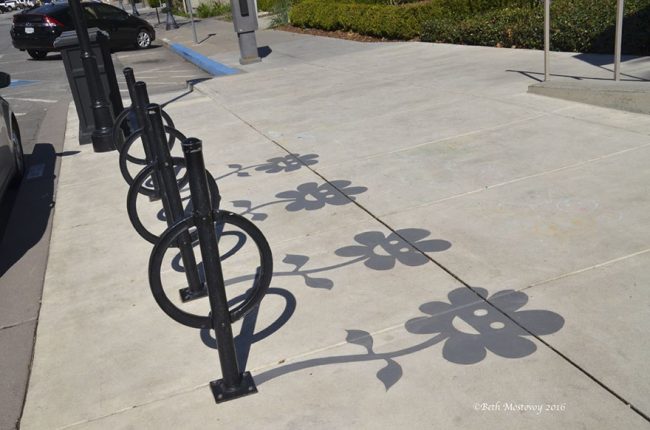 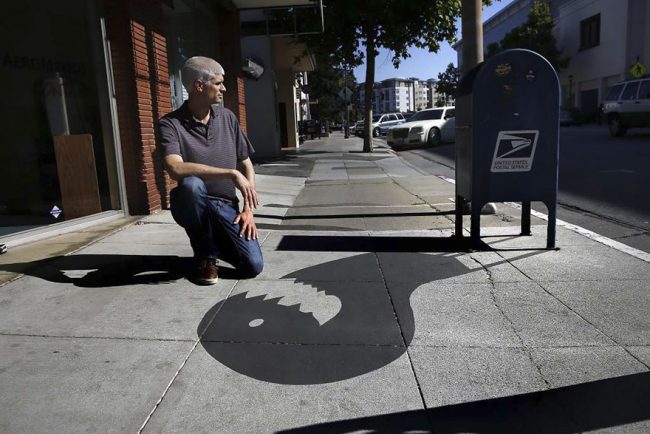 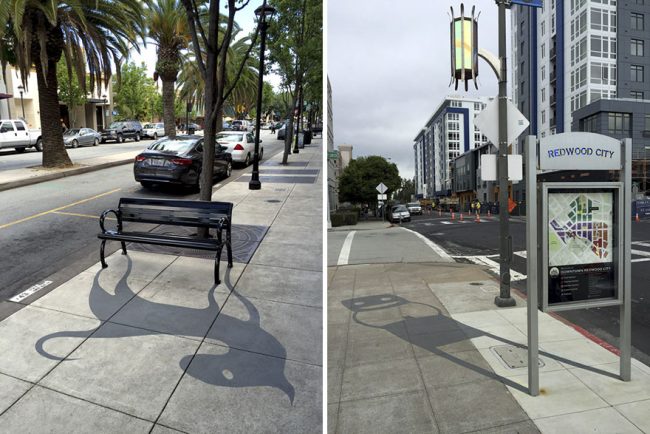 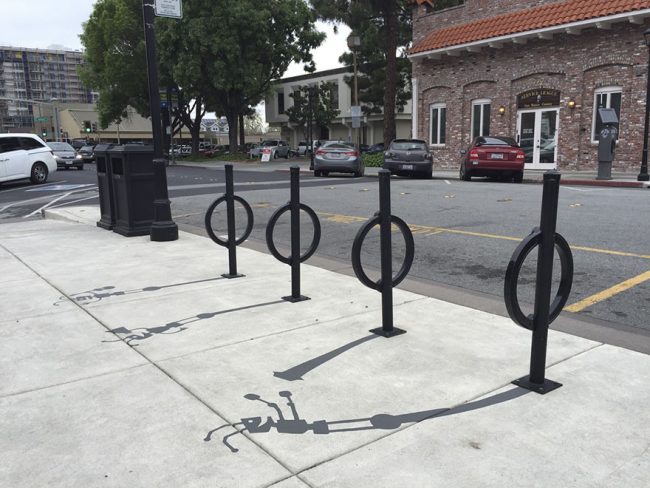 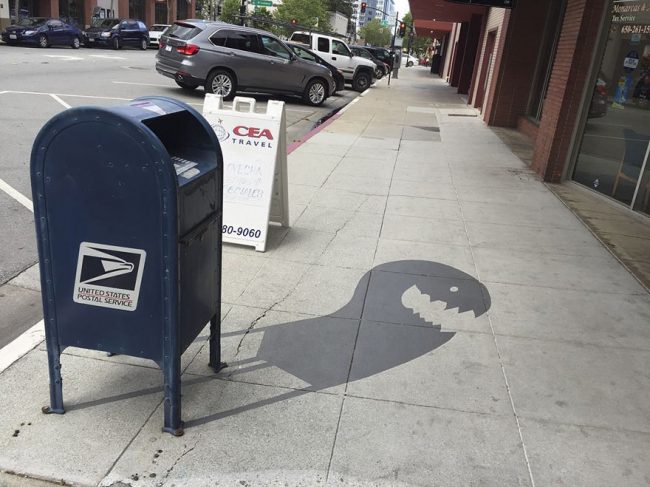 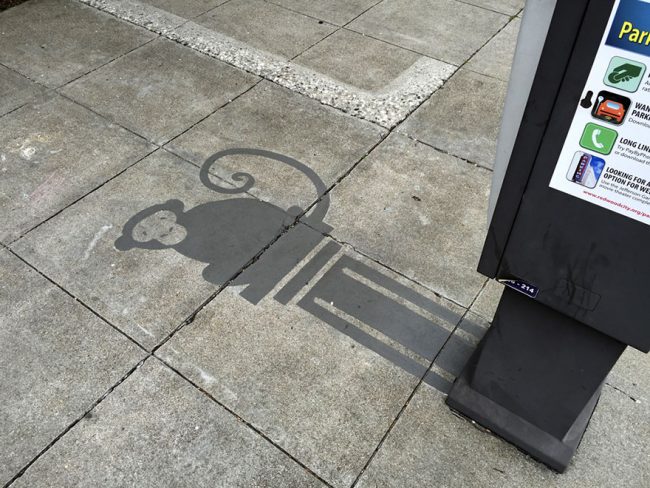 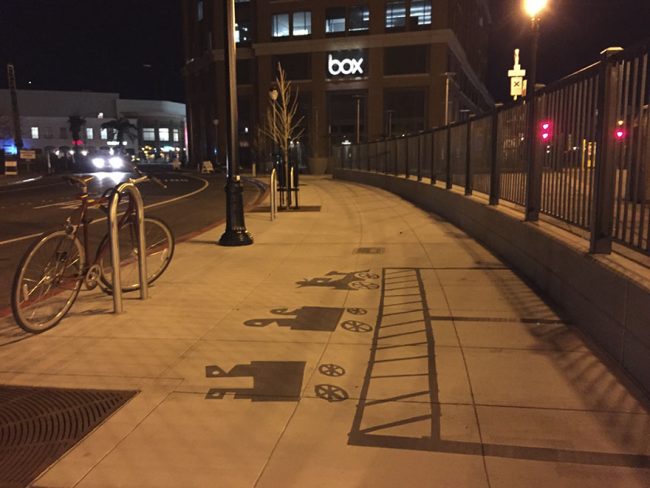 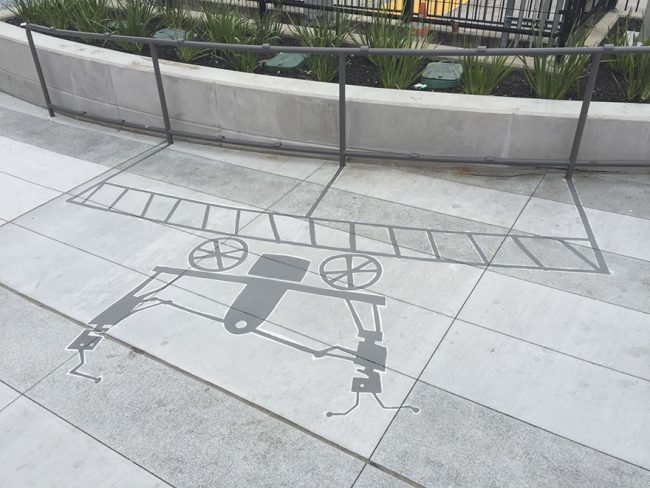 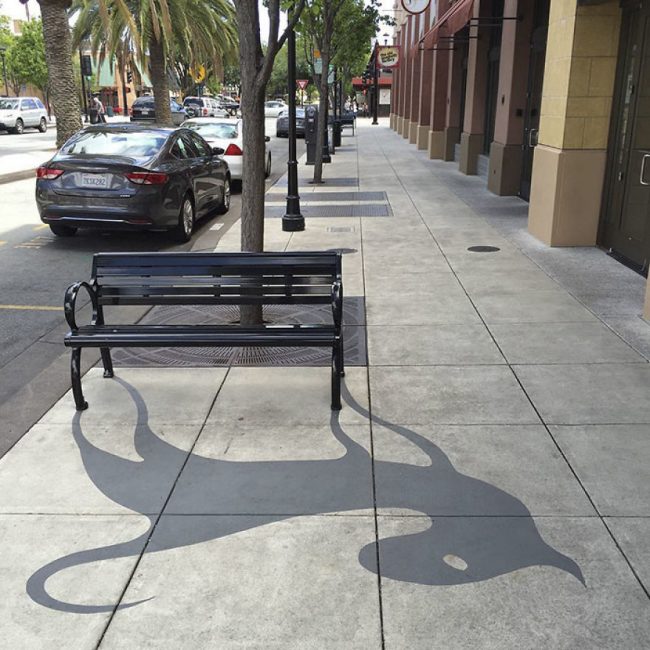 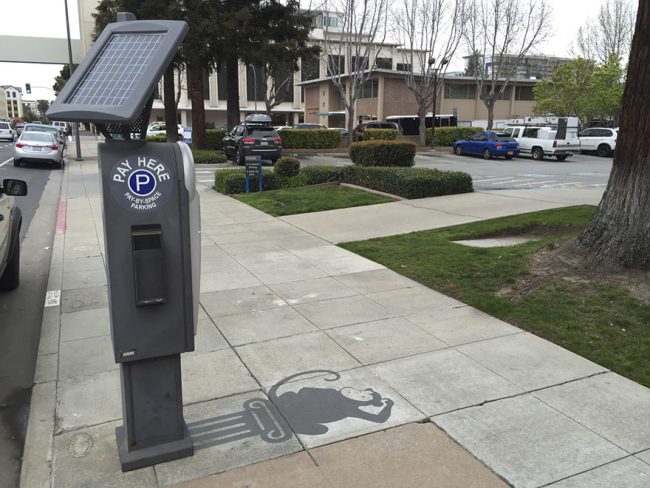 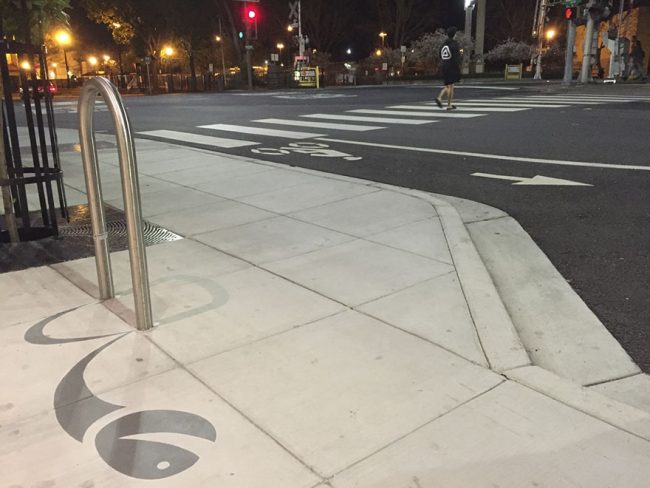 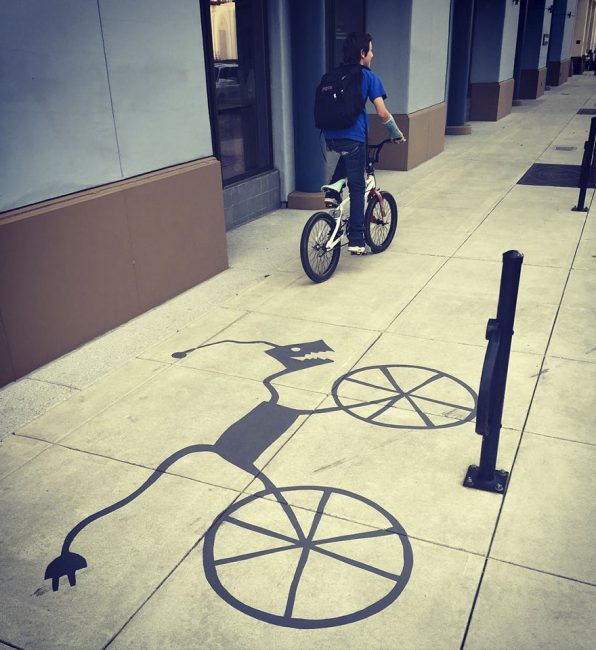 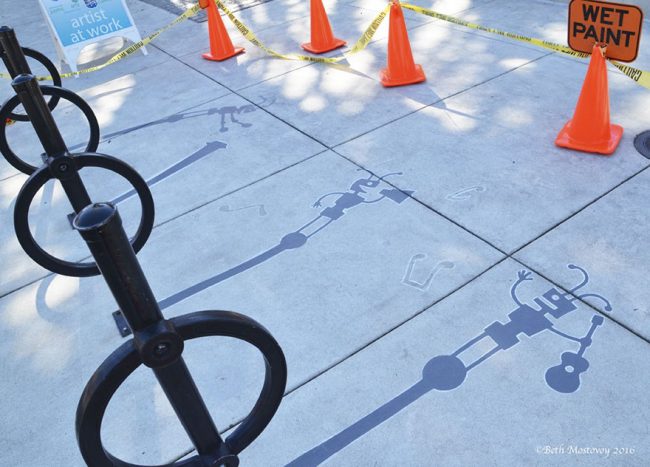 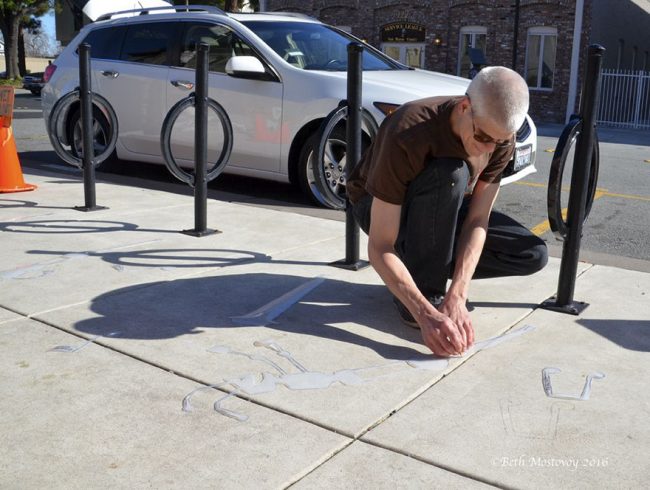 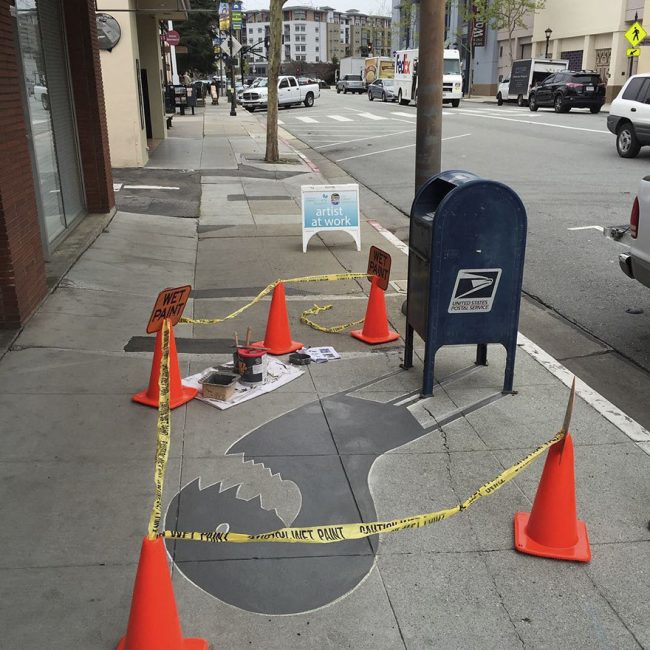 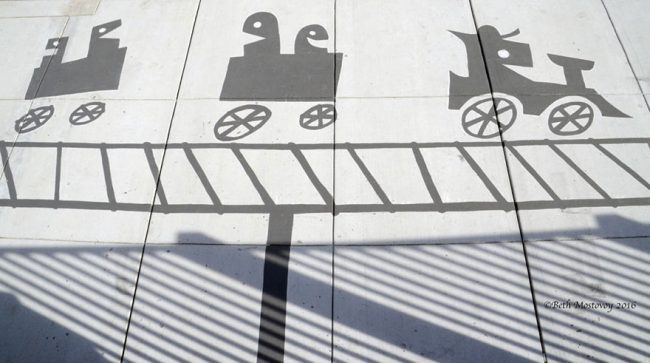 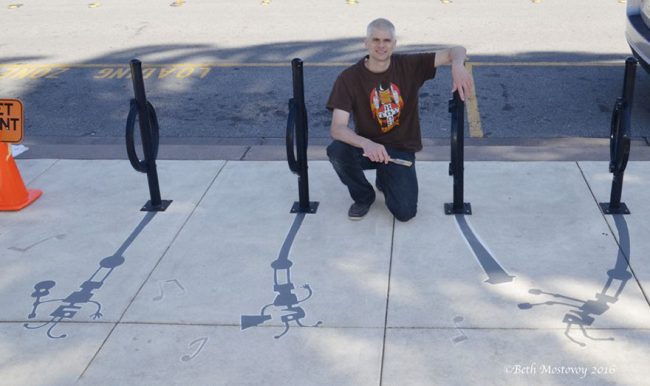 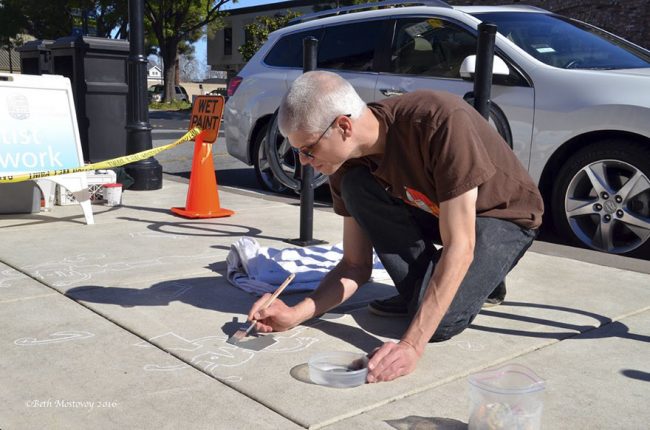 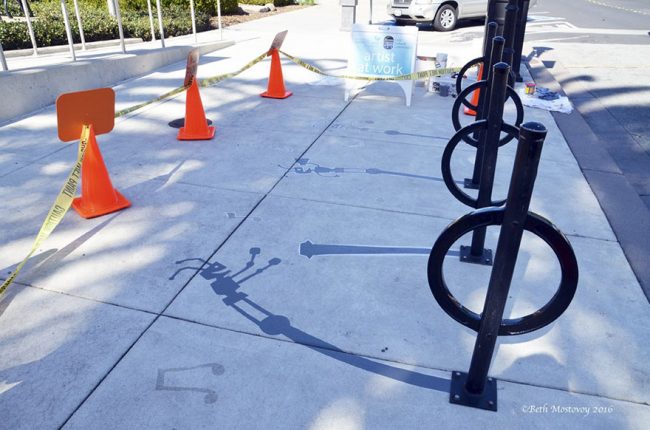