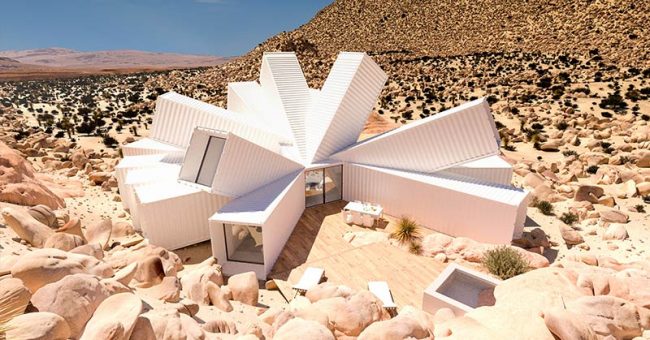 Nowadays, many people are turning to smaller, cheaper, more practical, and economic ways of housing, and a lot of them have benefited from the use of shipping containers.

These containers are versatile and inexpensive, but let’s be honest, not many related them to luxurious mansions. Well, it turns out that underestimating these multifaceted receptacles is a huge mistake! 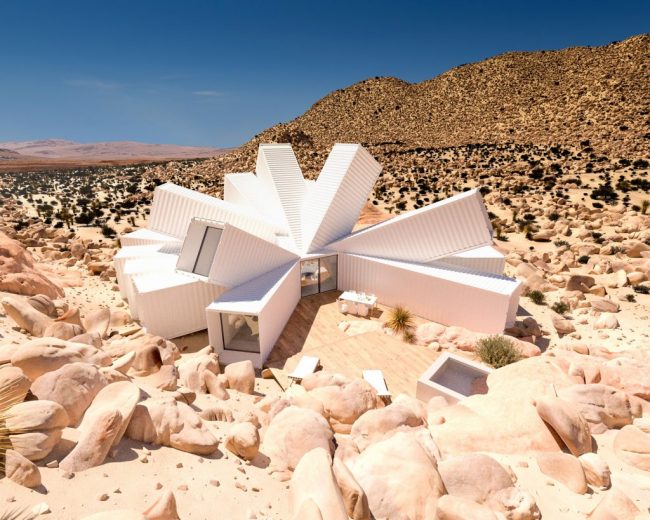 The white structure is ideally juxtaposed and has been depicted as a ‘starburst’ or ‘blooming desert flower’, but it is a home made of shipping containers. The new concept is set in the rocky desert landscapes of Joshua Tree National Park’s desert in Southern California.

Whitaker initially developed the concept of an office space in Germany, but it was never built.

He says that he loves his work at the Whitaker Studio, and their projects “pepper the globe ranging in size and use.” 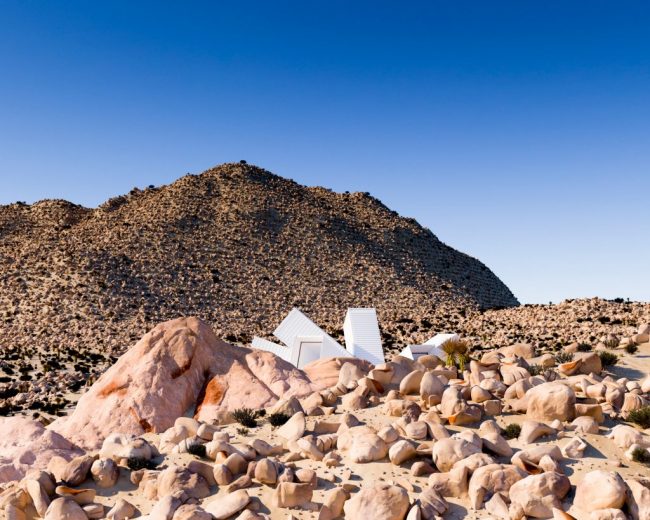 “Whitaker Studio doesn’t have a set style, or set way of working, but rather a constantly evolving collection of interests and themes we want to explore. We start every project with no preconception of what it should be other than that it should be the best possible project it can be.

The path that has led me here has often diverged from straight architectural practice and I’ve worked with photography, digital artistry, and film making. This love of the eclectic has broadened the way I view the world and provided me with a constantly growing set of tools for approaching new projects.”

The exoskeleton of the home is made of shipping containers that explode off in all directions from the main area of the house.

“Each container is orientated to maximize views across the landscape, or to use the topography to provide privacy, depending on their individual use.” 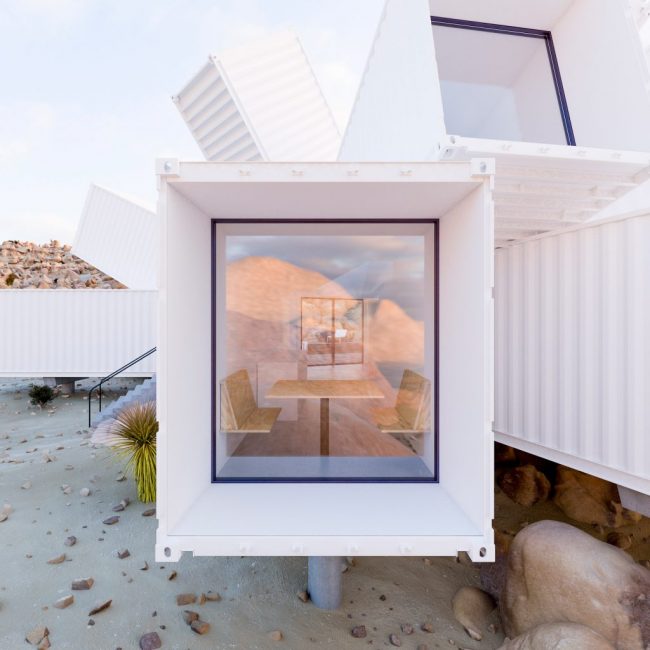 A film producer, and his friends were on a trip to Joshua National Park, when a friend remembered the interesting building design she had seen on the Internet when she looked at the landscape.

She opened her laptop to show it to her companions, and the picture was Whitaker’s design for the German Hechingen studio that never came to fruition.

The film producer in question already owned a 90-acre property near the wilderness preserve, which is about a three-hour drive from Los Angeles. So, the next time he and his wife were in London, they met with Whitaker and hired him to create their holiday dwelling.

Together, they all made a plan for the home, situated on a sloped site in a gully, which will form over the years due to the accumulation of stormwater. It will stand above the ground on concrete columns. 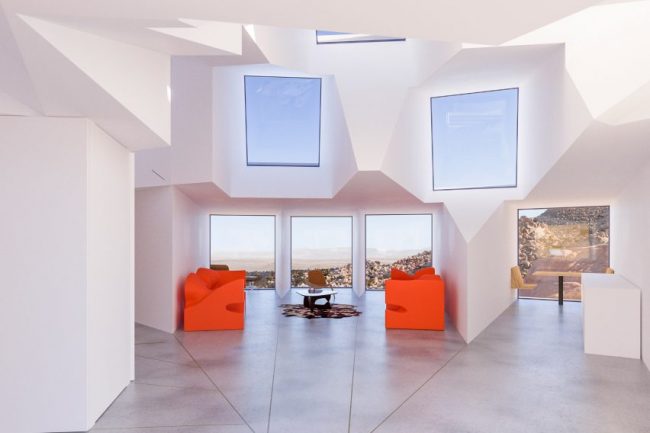 Photo-realistic renderings revealed the look of the home, and furniture will be made using plywood, and a unique set of “Misfits” seating created by Ron Arad.

The private cubic structure has wide square windows, and it is sustainable and eco-friendly, as there is also a carport equipped with solar panels, which will provide power for the entire home.

There is also a hot tub, requested by the client, built into a sheltered area outdoors, and “ configured to have a degree of privacy and be sheltered from the desert winds.”

Faceted ceilings in some areas give the effect of being inside a crystalline form. Whitaker added that he has the “dream client”, as his career in film-making has made him open to visionary ideas.

And the place is truly spectacular!

“Where the Whitaker Studio path goes next I do not know, but I do know that we will continue working to make tomorrow’s work even greater than yesterday’s and enjoy every minute of the process.”