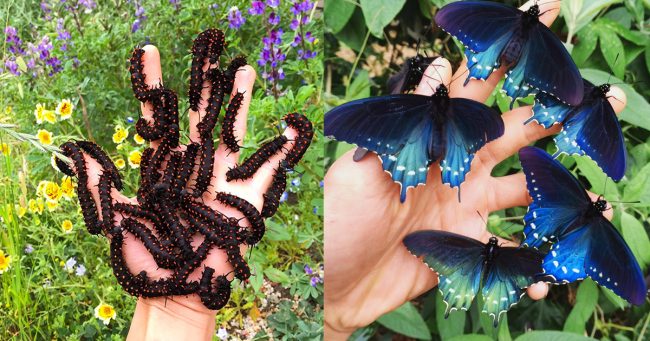 Due to their unique history and relatively low population size, human actions especially threaten endemic species. Therefore, it should be our priority to conserve them.

Even though it takes a lot of hard work and understanding of the history of the species, we can all do our best to contribute to boosting their populations.

The Pipevine Swallowtail of California, or Battus philenor hirsuta, known by its iridescent blue-colored wings, is one of the most valuable and beautiful butterflies of North America.

It thrives in San Francisco for hundreds of years, but as the area was increasingly urbanized at the beginning of the 20th century, the species started disappearing.

As a result, it is now a very rare occurrence. Yet, the goal of an aquatic biologist at the Academy of Sciences in California, Tim Wong, is to repopulate this butterfly. In the science museum, Wong takes care of 38,000 animals, including albino alligators, Japanese stingrays, and octopuses.

He has been intrigued and passionate about these butterflies since he was young, and spent his days in an open meadow near his home, catching, studying, and raising butterflies.

“I first was inspired to raise butterflies when I was in elementary school. We raised painted lady butterflies in the classroom, and I was amazed at the complete metamorphosis from caterpillar to adult.” 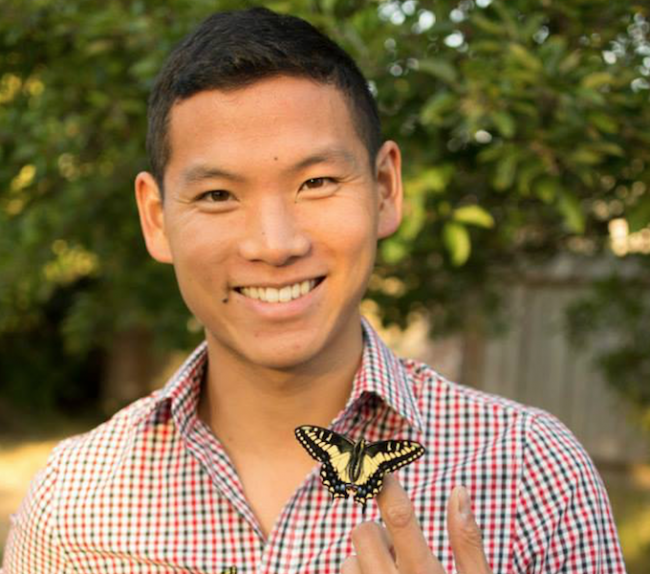 In 2012, he tried to find the California pipevine, (Aristolochia californica), which is this butterfly’s sole source of food and has disappeared together with it around the city area.

He eventually found the plant in the San Francisco Botanical Garden and was allowed to take a few clippings of the plant. He propagated it in his backyard, and he managed to create a greenhouse for the pipevine swallowtail.

“I built a large screen enclosure to protect the butterflies and to allow them to mate under outdoor environmental conditions — natural sun, airflow, temp fluctuations.

The specialized enclosure protects the butterflies from some predators, increases mating opportunities, and serves as a study environment to better understand the criteria female butterflies are looking for in their ideal host plant.”

The enclosure also allowed him to observe the butterfly and learn more about their mating. He also brought about twenty caterpillars from several residences with better vegetation.

After six weeks, they all turned into beautiful butterflies, while the females started laying small red eggs on the stems of the pipevine plant.

“Each year since 2012, we’ve seen more butterflies surviving in the garden, flying around, laying eggs, successfully pupating, and emerge the following year. That’s a good sign that our efforts are working!”

As the butterflies started multiplying exponentially after a few generations, he started donating hundreds of caterpillars to the so-called Botanical Gardens.

Each several months, he now brings thousands of them. He managed to reintroduce the butterfly to San Francisco for the first time in decades.

Wong believes his success is a result of the caterpillars’ habitat he created. He has cultivated more than 200 pipevine plants in the last seven years, without pesticides or herbicides.

He adds that everyone can improve habitat for native sauna, and “conservation and stewardship can start in your very own backyard.”

10-Year-Old Boy With Autism Writes Poem For Homework, His Teacher Is At A Loss For Words