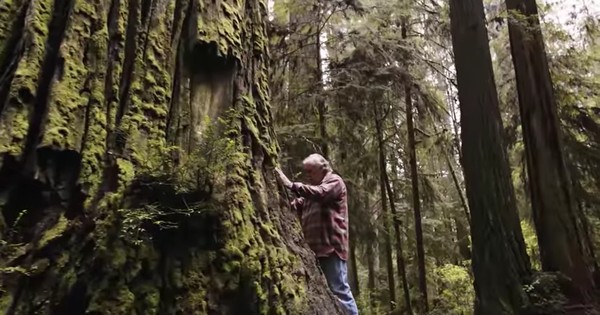 “In a world of more than seven billion people, each of us is a drop in the bucket. But with enough drops, we can fill any bucket.” -- David Suzuki

Climate change is a reality, and it is definitely a harsh one.

It is one of the main problems of humanity nowadays, as it threatens the future of Earth, by endangering billions of lives, our planet’s biodiversity and countless species, and the health of the economy.

The good news is that we can slow it down if we cannot fight it completely, and we should all take action, as our lives depend on it.

David Milarch aims to save California’s coast redwoods, the world’s oldest and largest living trees, as he believes the fast-growing giants are our best way to fight climate change.

Sequoia sempervirens is the tallest tree on Earth, often reaching heights of more than 320 feet into the sky. The trunks of these trees are over 27 feet wide and can live for over 2,000 years.

Redwoods grow at a rate of 10 feet annually, and as an average member of these trees weighs about 1000 tons, they can pull a lot of carbon from the atmosphere.

Until the 19th century, coast redwoods spread throughout a range of some 2 million acres along the California coast. Yet, due to the gold rush and the logging it caused, nowadays, only 5% of the original forest remains along a 450-mile strip of coast.

Their future is uncertain, due to climate change, so this arborist from Michigan decided to lend a helping hand.

In 1991, David literally died from renal failure, before being revived and springing back to life. His near-death experience gave him a new dream to pursue- to harvest the genetics of the coast redwoods and assist them in migration.

“I feel tremendous sorrow that 95 percent of them were killed and we didn’t even know what they do to anchor our ability as human beings to live on this planet. We killed them.

That’s the bad news. It’s my job when I walk through there [the forest] to yell out to those trees, to hold those trees, and say I’m here to do everything in my power on Earth to bring all the human beings and all the help that I can to put this back. To put back every single tree that was cut down and killed. And I’m going to do it.”

He clones and replants the trees in places where they once thrived, to boost their chance of longevity.

Most of the biggest redwoods have already been cut down or burned, but Milarch found that many such trees had secondary trunks called basal sprouts growing out of the same root system. Therefore, being genetically identical, the basal sprouts provided viable genetic material.

Milarch adds hormones to divide and multiply the cuttings, and with the help of his son, he takes branches from these valuable trees and plants a brand new forest.

He plants the trees in the coastal town of Port Orford, Oregon, through a program called “assisted migration”, so they can be near to their original homes climate-wise.

The group believes that if the trees grow as they plan, “ each mature redwood could pull as much as 250 tons of carbon dioxide from the air.”

According to Moving the Giants, this man “ takes part in a global effort to use one of nature’s most impressive achievements to re-chart a positive course for humanity.”

Watch the short film to learn more about Milarch’s work:

This Man Repopulated A Rare Butterfly Species In His Own Backyard

The Anti-Solar Panel - A Device That Generates Electricity From Darkness