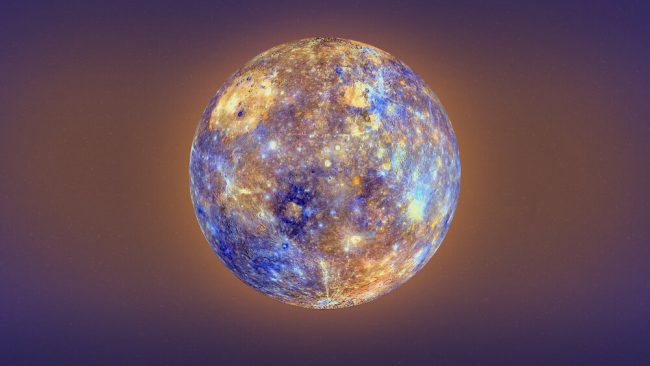 Since the beginning of this year, many of us have been using the time to reflect and repair many past errors. Time spent at home during the coronavirus pandemic has been very beneficial in terms of evaluation, and analysis of our behaviors, thoughts, attitudes, motivations, and desires.

Well, things are about to get even more intense now! The phenomenon known as Mercury retrograde garners the most attention of all planetary aspects.

It lasts for approximately 24 days and occurs every 88 days. The retrograde movement is actually an optical illusion, and it commences when the planet begins its backward motion in the night sky through the zodiac. The process involves the slowing down and eventual stagnation of the planet.

If you are into astrology, you know that it is one of the few that affects us all in an almost equal way, and its effects are obvious. Whenever things go wrong during that time, we point the finger to the planetary movement!

For those who believe it, Mercury retrograde holds great significance, and this change in the direction of the planet in the sky sets off bad luck and drama.

Well, this planet is about to retrograde- on the 18th of June, and it will last until July 12th.

In general, Mercury retrograde is associated with communication issues. The planet is a symbol of intellect, reason, and communication, so when going “out of control”, it leaves us to deal with the consequences.

Yet, this time, the retrograde is believed to be positive, as it will make no planetary aspects, and will be much more toned down than usually.

Thanks to Sirius, the brightest star in the sky, it will bring about positivity and success. It is much less dramatic than any of the planets, but it is the star of wealth, passion, abundance, honor, and resentment.

Yet, those prone to suppressing their emotions and facing difficulties to share them with others will still find this period a bit confusing. Namely, it will be happening in the sign Cancer, so it will emphasize emotions on a deeper level.

“With anything astrological, planetary cycles offer us symbolic meaning for concurrent events on earth. During Mercury retrograde, the planet is closer to the earth, and everything with which Mercury is symbolically associated with becomes bigger for us, more in our conscious awareness.

It rules matters that [affect] us in our everyday lives. Plus, all planets move retrograde at some point, but Mercury does this more frequently than others.”

“Mercury rules everything that goes from A to B: information, cars, trucks, bikes, transportation, courier services, postal services. It also rules any kind of service, like accounting service.

You run into exes and old friends. It’s [also] easy to be contemplative and to think back during Mercury retrograde, and it’s a very good time to see a shrink because you can more easily pull up stuff from your memory.”

However, not everyone is certain that this phenomenon will bring about such drastic changes.

“I won’t tell you that all your technology will go haywire or that your summer vacation will be ruined because Mercury is retrograde. Instead, I encourage alignment with this energy. Know that mistakes and misunderstandings have a higher chance of happening now. Focus on improving your communication, be open and honest, and double-check important documents before finalizing them.”

On the other hand, the idea that the movement of the planet will affect our lives is complete nonsense to others. Dan Falk, a science journalist, and author of The Science of Shakespeare claims:

“All of the planets sometimes appear to move in ‘retrograde’; it’s a label that astronomers use to describe a certain kind of apparent planetary motion (‘apparent’ because it’s just how the planet appears to move as seen from Earth). Of course, it has no effect whatsoever on anyone’s lives… astrology is basically bunk.”

Yet, if you are not a skeptic, you might benefit from the guidelines by astrologists.

During this time, they advise not to make any important moves and not to organize any important events, as they maintain that our communication and judgment skills are negatively impacted.

Your sensitivity will increase. You’ll have difficulties to nail down a plan, and decisions will be prone to changes.

Moreover, some events will take you back to the past, and make you focus on your roots and childhood. Many old memories will be revived.