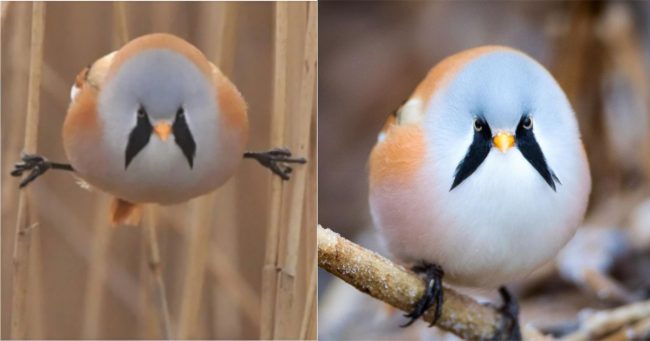 The world we live in remains mainly a mystery to us all. No matter how much time we spend outdoors or do research, Nature always has something secret and magical up her sleeve!

Fortunately, wildlife photographers use the power of social media to share their discoveries with us, and we can marvel at the beauties of the natural world via their work. 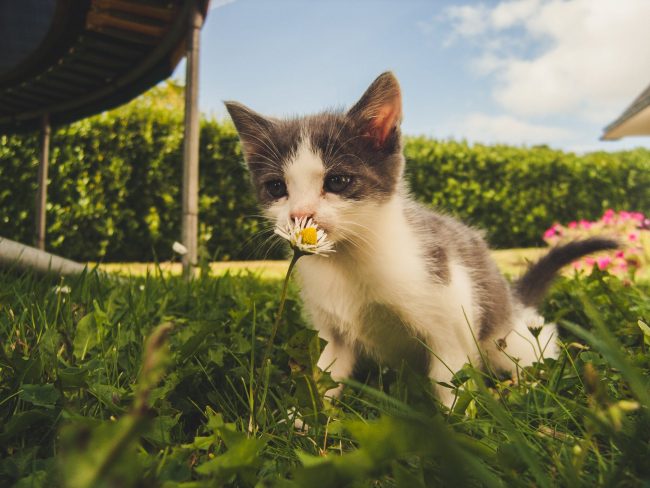 People have recently fallen in love with a small round bird called “Bearded Reedling”. The adorable bird has a round and plump, egg-shaped body, and is about 6.5 inches long.

These little birds got their name due to the mustache-like black stripes on the cheeks of the males. 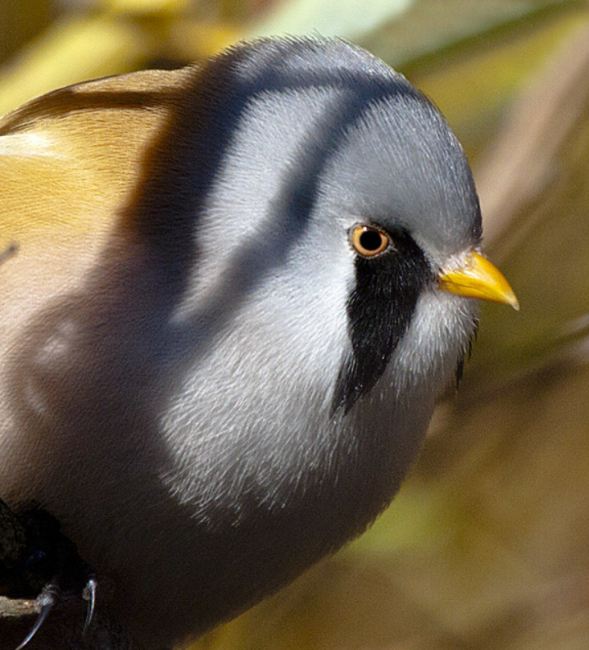 They otherwise have a gingerish-brown overall with bluish-grey heads. Yet, females are subtler in color and don’t have these markings, but have darker beaks than their male counterparts.

These birds can be seen all year round in Europe and Asia.

“Bearded tits are the only British songbird to stay in reedbeds all year round. Originally they were limited by the availability of reedbeds in Britain, but thanks to newly created or expanded reedbeds, they are now more widespread and can be found in parts of eastern and southern England, Morecambe Bay in northwest England and around the Tay estuary in Scotland.”

Since they don’t migrate and experience all four seasons in a year, it is intriguing that they can survive in reedbeds. Yet, the trick is that they change their food from insects (in spring and summer) to seeds (in autumn and winter). 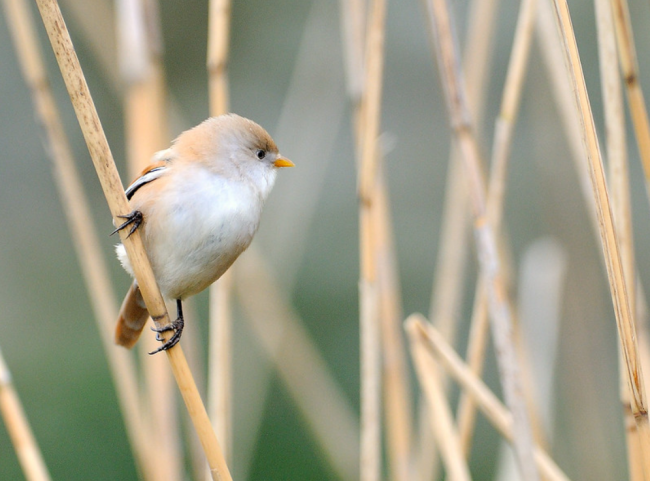 But wait, these rare birds are amazing in many ways!

They can do the splits!

As they are highly flexible, and they can place one foot onto a branch, and the other on an opposite branch!

So, you now understand the reason for the hype these adorable birds have been receiving online!

Since these birds are not suitable for pets, if you need a new hobby during these challenging times, try bird watching!

You’ll never make a mistake if you spot them, as they are simply unforgettable- a tiny, egg-shaped, fluffy bird, resting by doing a split on two branches.

Wildlife photographer Espen Helland has seen them in person and shared a video of their encounter on his YouTube channel.

Everyone, Meet 'Milkshake' – One Of Less Than 100 Pink Pugs In The World