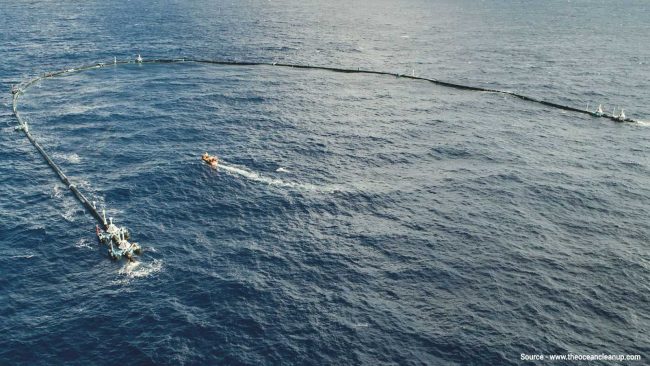 Planet Earth is in danger. Our planet is choking in the trash we leave behind. Plastics kills our marine life. Our resources are in danger. What can we do about it?

Several companies have joined forces in the process, and today we have volunteers cleaning up the mess. First, let’s go through some statistics. It’s worse than you can ever imagine.

-- Over 300 million tons of plastic are produced every year

-- Half of these plastic items are for single-use. The plastic you use for a few seconds needs hundreds of years to decompose

-- More than 8 million tons of plastic end up in oceans

-- 33% of marine species get stuck in plastic

-- 40% of all plastic is used to package products

-- In the last decade, people have produced more plastic than in the past 100 years

According to data obtained from The Ocean Cleanup, the Great Pacific Garbage Patch is the larges area of accumulated plastic. It is twice the size of Texas or 1.6 million square kilometers.

Experts found that there are more than 1.8 trillion pieces of plastic in this area. The patch weighs around 80,000 tons or 500 Jumbo Jets. But, 1.8 trillion is just a mid-range estimate. The number may go as high as 3.6 trillion.

Various waters meat, creating a swirling vortex. That’s how all the plastic got stuck in this particular area. The plastic can’t make the shores, and it can’t be cleaned up. The patch was first discovered in the mid-1980s, and it’s located between California and Hawaii.

Sylvia Earle notes that oceans need to be respected and taken care of, because we depend on them.

The Ocean Cleanup committed to clean oceans, and it has started a huge project. The company uses advanced technology to clean up the plastic. There’s a floating boom system designed to test the efficacy of this project. It was deployed from San Francisco Bay. The company explains that their technology can clean half of the patch every five years.

The power of the system

Boyan Slat, 18, founded the company in 2013. The Dutch inventor had a big mission ahead. Today, they use advanced technology to cleanup oceans. The system involves dozens of floating booms that will trap plastic and bring it to the shore. Each boom can capture 150,000 pounds of plastic per year.

The boom systems were released 1,400 miles to the patch last October. This marked the start of the process, and the booms will drift along with currents in a U-shape. The system moves with the currents, which makes the whole process a lot easier.

There’s 10-feet net below each boom. Its purpose is to collect small bits of plastics. Once the boom is filled up, a fleet comes out to the boom and transports the plastic to shores. The plastic is later sorted and recycled. Fish can get caught, too, but the company says the netting is low enough for fish to pass under it without any trouble.

Some sources revealed that the company will shut down its efforts to cleanup seas. However, none of this is true. The company posts updates of it success. One of the booms broke, and it’s getting fixed.

The company will recycle and reuse the plastic. They later plan to create high-quality phones, chairs, sunglasses, car parts and other products.