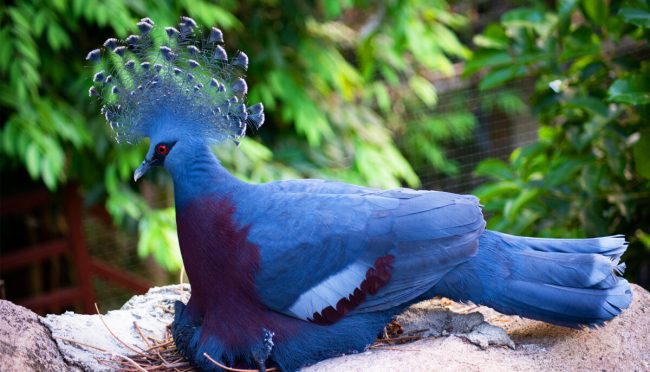 The Earth is an enchanting place to live in, and Nature keeps fascinating us with its creativity and power. It has untainted beauty, and whenever we spend some time outdoors, we cannot but marvel at its spectacular landscapes and colorful and rich flora and fauna.

While most of you think they know everything about pigeons, many of you haven’t seen the magnificent Victoria crowned pigeon (Goura Victoriana).

These attractive birds are endemic to the island of New Guinea in the south Pacific. 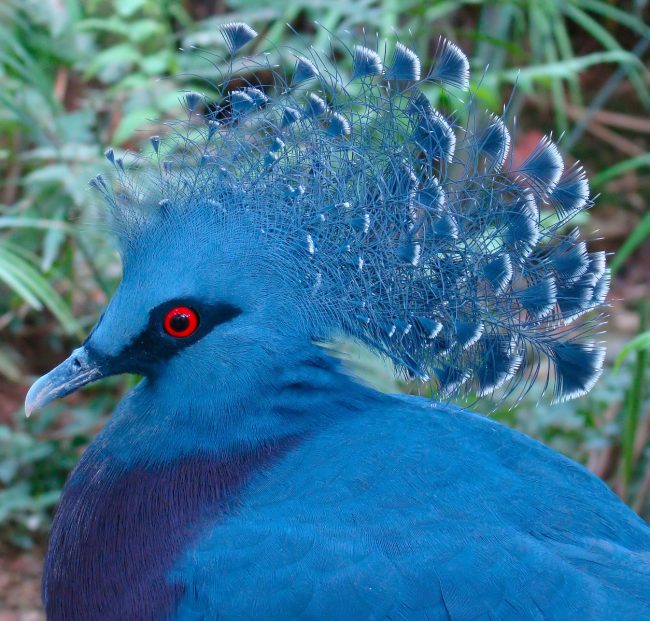 They have a black mask with brilliant red eyes, elegant plumages, and spectacular head crests, which resemble layers of delicate blue-gray lace.

These ground pigeons were named after the British Monarch Queen Victoria from the late 19th century, who was sitting on the throne in England at the time the bird was first documented by English ornithologists.

These birds are the largest in the world, reaching up to 31.5 inches and a whopping 7.7 pounds. 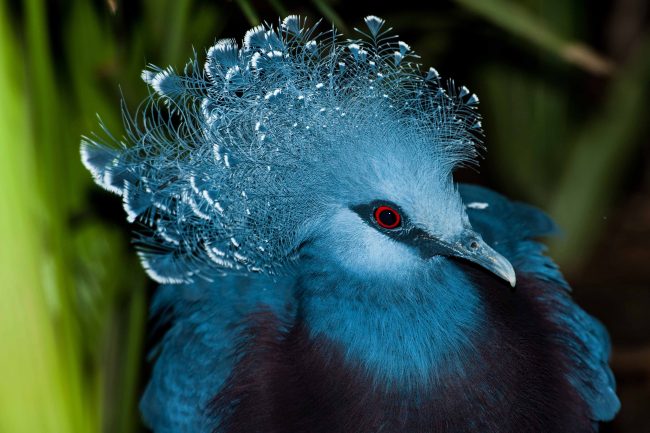 The Victoria crowned pigeons tend to travel in groups, and they spend more of their time on the forest floor. When endangered, they take off from the ground with a loud clapping noise.

Males attract the female birds with their layers of colorful and fine feathers tipped in white and marron to deep purple breast feathers. Females have intricate gray crests. 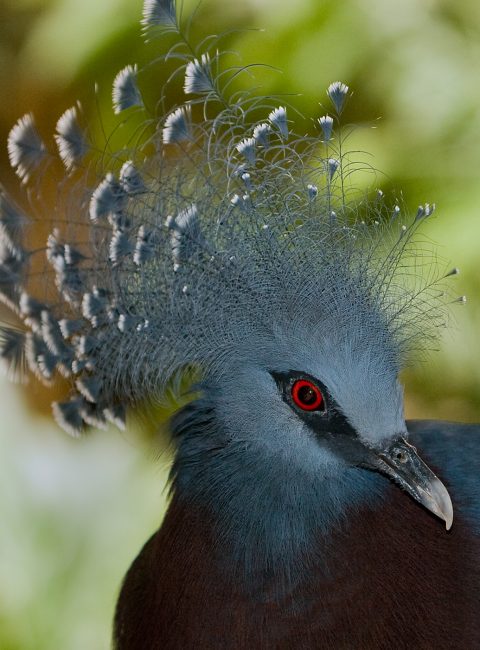 To attract females, the male birds have a complex dance to reveal their crests. They sway their rear from side to side and bow the head toward the potential mate. When she accepts the suitor, he “brings her sticks, which she weaves into a nest for her single egg.”

Females lay only one egg per mating season, so birds lost to poaching is challenging to replace. 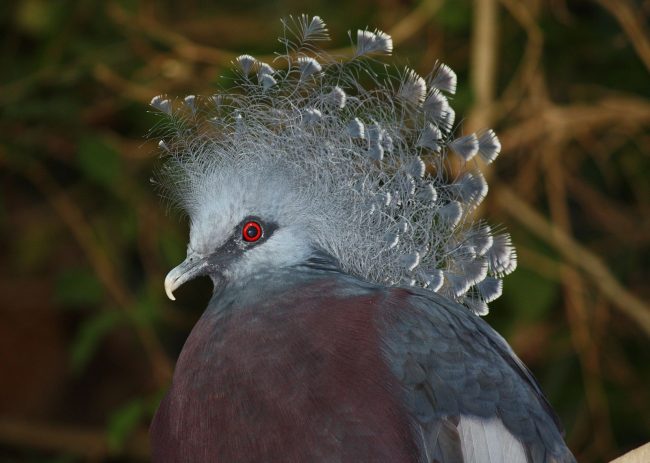 Plus, these birds feed on fruits, in large amounts, and figs are their favorite food. Deforestation therefore dramatically endangers their population, as food is hard to find.

Additionally, they are popular as captive birds, so they are captured by illegal traders as exotic specimens, and poachers kill them for trophies.

Due to the combination of these factors, the International Union for Conservation of Nature (IUCN) lists these birds as “near threatened”, and only about 10,000–20,000 Victoria crowned pigeons now remaining in the wild.

Take a look at these splendid birds! Aren’t they just spectacular?