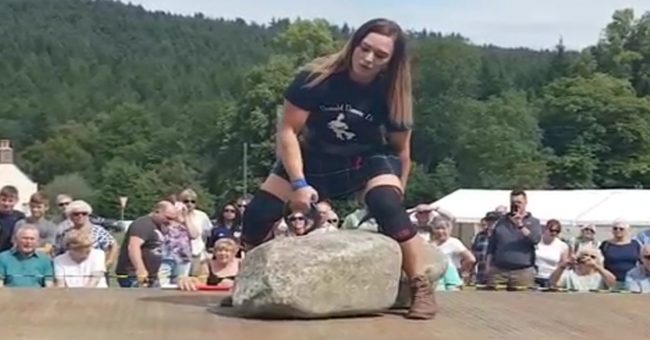 As soon as the video of her conquering “the ultimate” stone lifting challenge in Scotland went viral, Leigh Holland-Keen became popular as the second woman in history to conquer Scotland’s legendary Dinnie Stones.

Being one of the strongest women in the world, she has returned home to multiple sponsorship requests. But along with stones, she’s also conquering stereotypes.

Since the revival of the local tradition in the 1950s, only a few dozen men have managed the feat, but this woman has also conquered stereotypes along with the stones!