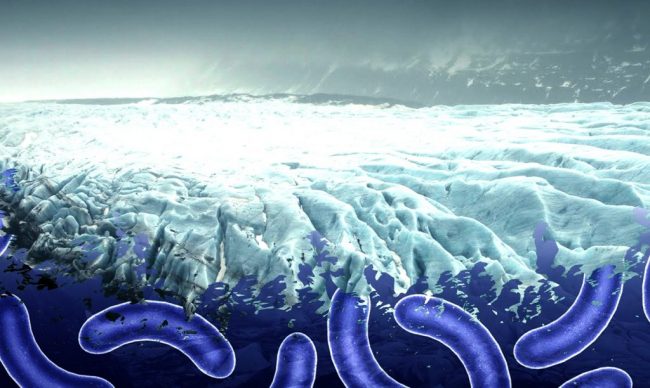 In the period between 1580 and 1850, glaciers expanded in the Atlantic. Many species were covered by the thick sheet of ice. Today, most of this ice has melted as a result of global warming, and some species surfaced again.

A recent exploit to the Ellesmere Island in Canada showed that some of the moss that was covered with ice is now “free” from its icy tomb. There were signs of life, too.

Catherine La Farge, biologist and project leader, shared some details of their first encounter with patches of mosses that came out from underneath the ice.

The mosses were mostly black, but there were traces of green, too. They didn’t know what to say about the scene, but it was more than obvious – either mosses have retained their original color or they are growing again. It was a mind-blowing discovery.

IFL Science explains that permafrost happens when the temperature of soil reaches goes below freezing for over two years. Bacteria were the only thing that survived the permafrost until now.

It turns out that climate change isn’t such a terrible thing. There’s a white spot in the darkness, and hopefully, this change will lead us to an even greater discovery. Climate change is bad for our planet, and it has caused an almost irreversible damage. But, knowing that it revived some species sure give us hope.

Scientists will keep searching for life forms that were left behind the ice. It can be bacteria or multicellular animals. Ice had nothing on it, and maybe we will get to see more of the species that were “buried” under the ice for so long.

Jim Carrey's Beautiful Message For Anyone With Depression