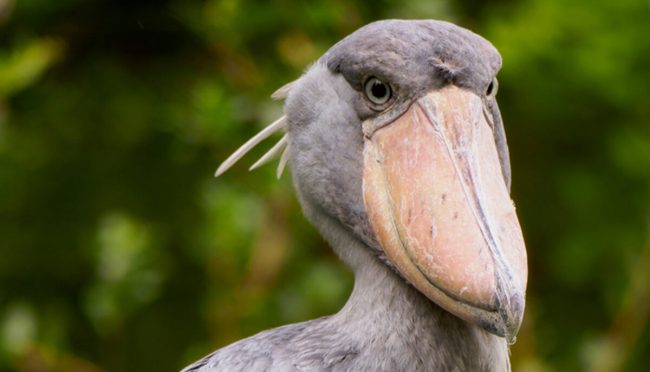 Nature never stops to amaze and surprise us. The kingdom of birds is especially rich, as there are thousands of different species, all with their unique and distinct characteristics.

Some are magnificent, or cute, others are funny-looking or grumpy, but now it’s time to meet “ the most terrifying birds in the world”, as the Audubon Society calls them!

The shoebill stork (Balaeniceps rex) is incredibly large, (up to 5 feet tall) and has a huge bill, straw-colored with erratic greyish markings, which resembles a hook-tipped Dutch clog.

The African bird is also known as the “whale head” and the “whale-headed stork”.

It has a rounded tail, yellow eyes, and extremely long toes. Males and females have similar coloration with a small crest or white tufts sticking out from the back of the head. 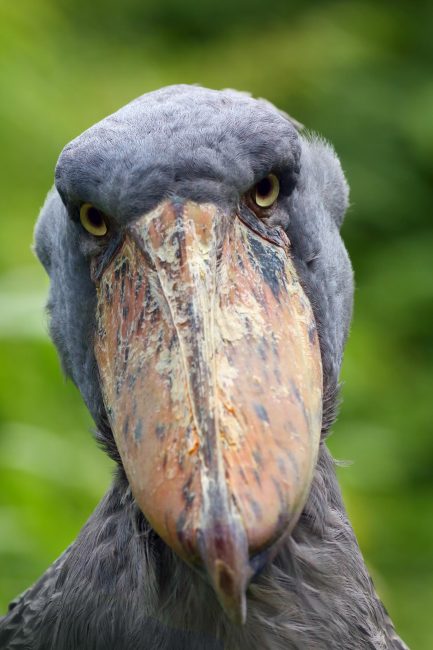 “The shoebill is capable of inflicting a very powerful bite and is by no means a safe bird for a stranger ignorant of its ways to approach, a fact which we often have to impress on amateur photographers anxious to obtain ‘snap-shots’ of Balaeniceps at close quarters.

It has been amusing to see how rapidly in some cases their enthusiasm has waned, when (as requested) confronted with the great bird screaming shrill defiance and crouching as if were about to spring, with gaping bill and half-spread wings.” 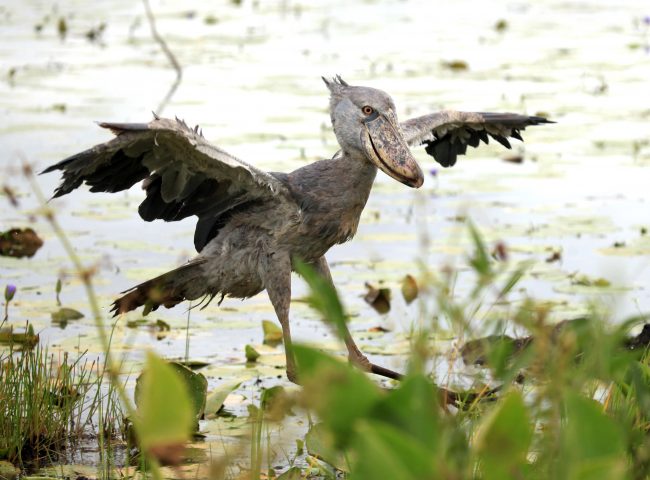 Another notable trait of these birds is their ability to stand motionless, entirely immobile like “statues”, for hours with their feet submerged in the water, before striking with their powerful bill.

“Clamping down on its prey, the bird will start to swing its massive head back and forth, tipping out whatever stuff it doesn’t want to eat. When there’s nothing but lungfish or crocodile left, the Shoebill will give it a quick decapitation with the sharp edges of the bill.”

They sometimes use the big beak to dig into pond-bottom mud to extract lungfish from their aestivation burrows.

As their favorite prey include fish and reptiles, these birds prefer shallow, wet areas with vegetation. Their primary habitat is in the wetlands of central Africa, stretching from Sudan in the north all the way to Zambia in the south.

The average height of these strange-looking birds rivals that of children, from 3.5 feet to 4.6 feet; and their wingspan is twice as long.

The bird’s bill has the same curvature of the footwear for which it is named and it is huge, the third-longest in the world! 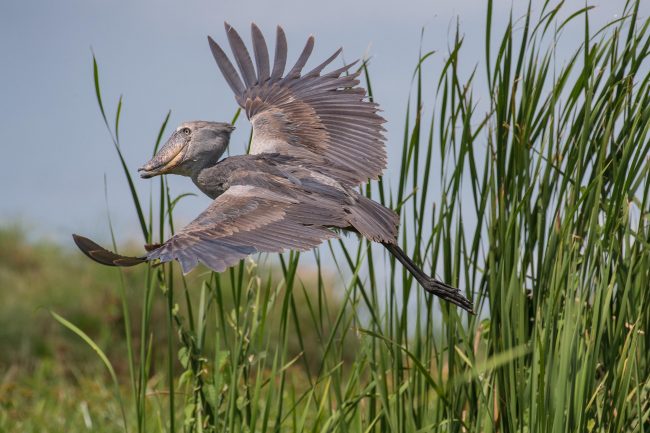 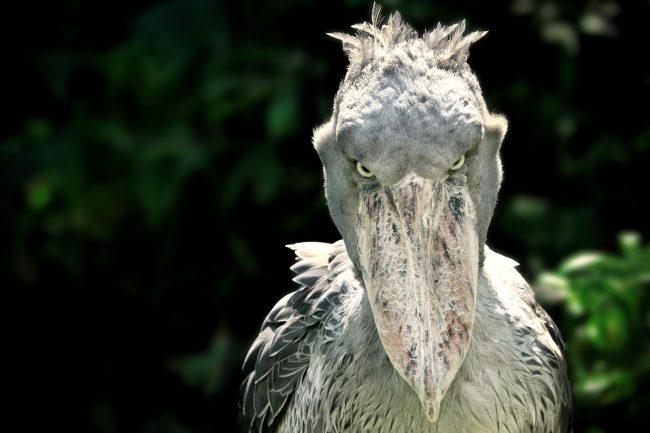 They have a strange habit known as  “bill-clattering”, done by adult birds to greet each other in the nest.  The machine-gun- or jackhammer-like sound is done by young shoebills as well.

These birds are partially nocturnal, so they can be a bit sluggish, but they are powerful flyers and soarers. They are silent and solitary, and even breeding pairs will feed at opposite ends of their territory. 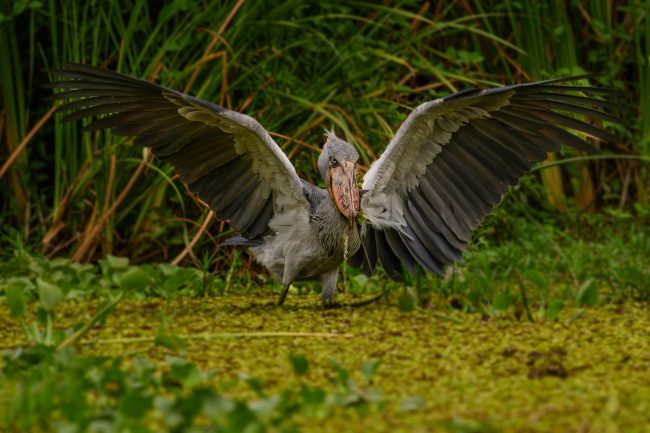 Shoebill storks are listed as “vulnerable” by the International Union for Conservation of Nature, as apart from poaching them, people also destroy the wetland habitats to build or channel water, some capture the chicks for exotic pets, and some fishermen believe the birds will harm their livelihoods.

Yet, the unique storks are protected by locals in Zambia and the non-profit organization African Parks.

To boost their population and protect the breeding pairs, they pay fishermen to monitor the birds and keep an eye out for poachers.

Have you seen these scary-looking birds before?

Australian Model With Down Syndrome Debuts On The Catwalk, Wants To Show 'How Beautiful I Am'