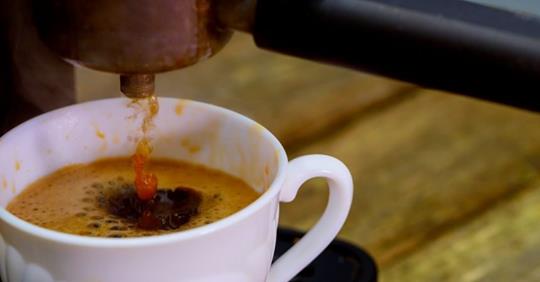 Many people are in love with the daily hot cup of coffee, and millions of people cannot imagine starting their day without their morning coffee.  However, many people remain confused about the consequences of the most popular drink on health.

Coffee is rich in caffeine, and if consumed in excess, it is potentially addictive.  Yet, there are many health benefits of the regular consumption of coffee as well.

An ongoing debate has shown that coffee is linked to longevity and better health. Yet, a recent UK study measured a factor which has not been specifically weighed in the discussion of coffee and longevity: metabolism.

Researchers from the U.S. National Cancer Institute and Northwestern University conducted a study using data from the UK Biobank, which measured the mortality of more than 500,000 subjects over a 10 year period.

They analyzed the number of caps subjects drank on average daily, and also investigated the potential effect modification by caffeine metabolism. They used a “hazard ratio” to show the effects of coffee on the health and lifespan on the subjects.

A ratio of 1 indicated no observable impact of coffee drinking, while a ratio of 0.5 would mean that coffee drinking subjects were half as likely to die as the non-drinkers.

Since the ratios researchers assigned to the drinkers of 1-8 cups of coffee daily ranged from 0.94 – 0.860., they showed that coffee drinkers of any amount had a 6% – 14% lower risk of death.

What’s more, subjects who drank more than 8 cups of coffee during the day had the most positive results, which actually emphasized the importance of caffeine metabolism. Participants who had a higher caffeine “tolerance”, meaning that they metabolized caffeine quickly, drank much more coffee daily, and despite enjoying all the health benefits of the drink, they also had the lowest risk of death.

Namely, drinking coffee has been found to lead to:

Yet, make sure you do not consume coffee alternatives with too much sugar, additives, and cream in excessive amounts, but you can freely enjoy every sip of this healthy drink during the day.

Frankincense Has Been Proven to be a Psychoactive Antidepressant