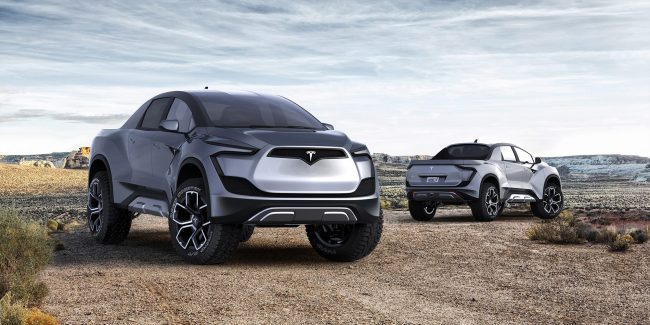 Talking about the new Tesla Pickup Truck, Elon Musk has made some rather interesting comments, hinting at a super affordable price tag, aiming to keep them under $50,000.

He asked for suggestions regarding features before, and in the process revealed some foreseen plans like 400 to 500 miles of range, dual-motor all-wheel-drive powertrain with dynamic suspension, and ‘300,000 lbs of towing capacity’.

Yet, on Ride the Lighting, a podcast, he confirmed that Tesla is aiming to keep the price under $50,000.

“We don’t want it to be really expensive. I think it got to start at less than $50,000 – it’s got to be like $49,000 starting price max. Ideally less. It just can’t be unaffordable. It’s got to be something that’s affordable. There will be versions of the truck that will be more expensive, but you’ve got to be able to get a really great truck for $49,000 or less.”

“It’s got to have incredible functionally from a load-carrying standpoint, look amazing – but it won’t look like a normal truck. It’s going to look pretty sci-fi. That means that it’s not going to be for everyone- like if somebody just wants to have a truck that looks like trucks have looked like for the last 20 to 40 years, it’s probably isn’t for them.”

He also said that the cryptic teaser image released earlier is the front of the pickup truck and that the truck is going to be “Blade Runner-like”. 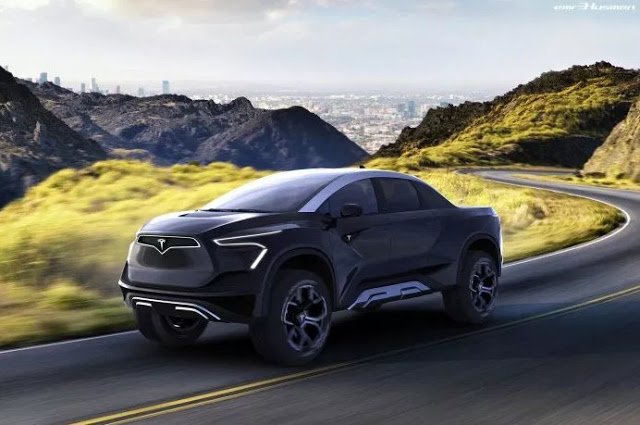 Musk also added that he is anticipating people thinking that it’s not very “truck-like”, comparing it to the disruptive design transitioning between horse and carriage and today’s automobile.

He said he personally loves it and described it as an “armored personnel carrier from the future.”

“It won’t look like a normal truck. It’s going to look pretty sci-fi, it’s not going to be for everyone. somebody just wants a truck that looks like trucks have looked for the last 20 years, 30 years, or 40 years, this probably isn’t for them.” 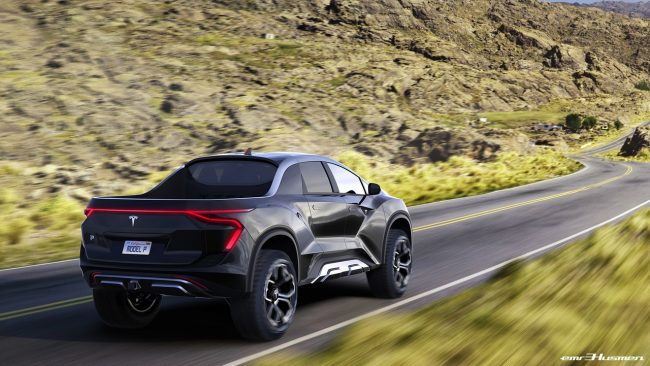 The CEO aims for high standards when it comes to the capabilities:

“It’s going to be a truck that is more capable than other trucks. The goal is to be a better truck than a [Ford] F-150 in terms of truck-like functionality and be a better sports car than a standard [Porsche] 911. That’s the aspiration.”

The truck will have a range option allowing it to reach 400 to 500 miles.

It will have a Dual Motor All-wheel-drive powertrain with dynamic suspension, and “300,000 lbs of towing capacity.”

It will have a “really futuristic-like cyberpunk ‘Blade Runner'” look.

Yet, Musk also declared that the pickup’s cyberpunk tech and features might prove too radical for the market, and in that case, Tesla might build a more conventional truck, instead.