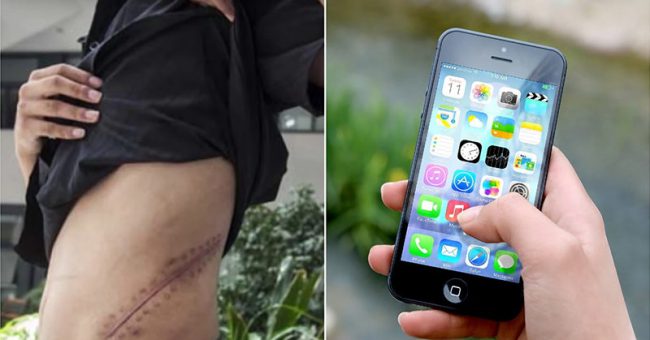 Almost a decade ago, a 17-year-old boy sold his kidney on the black market in China, to find money and buy the newest Apple gadgets. This decision has left him bedridden for life.

Surviving the teen years is challenging for both, the youngsters, and their parents. The rapid physical development is accompanied by huge emotional changes, so this often leaves the teenager excited, confused, uncomfortable, stressed, and struggling to be accepted by others.

Being a teenager in the modern era seems to be an even more difficult emotional assault course. While the most common issues teens faced a few decades ago were findings a career path and starting a family, nowadays, young people face problems unique to their time.

Over the years, society and technology have come on a long way, but teen years remained confusing. One wrong decision in his adolescence has left a young man bedridden for the rest of his life.

Namely, the teenager sold his kidney to buy the newest Apple products!

Sadly, this boy learns an important lesson the hard way now. After a few years, he suffered an organ failure, and he may never be able to walk again. Back in 2011, Wang Shangkun, 17 at the time, didn’t have money for an iPad 2 and an iPhone 4, but he wanted them so badly.

While on the internet one day, he received a message from an organ harvester in an online chatroom, who told him that he could get him twenty thousand yuan for his kidney.

Shortly afterward, Wang underwent an illegal operation, carried out by two doctors who were also employed at local hospitals. His right kidney was removed and sold to an unknown person.

Wang got 3500 US dollars for the kidney and used that money to pay for his new electronic gadgets. When he returned home, his mother grew suspicious and forced him to confess what he’d done.

“When my son came home he had a laptop computer and an Apple phone. I asked him where all the money for that came from. When he couldn’t keep it to himself any longer he finally told us. He said, ‘Mum, I sold my kidney.’ When he told me I felt like the sky was crashing down on our family.”

Unfortunately, a few months after the operation, due to the unsanitary location of the operation and for not receiving proper post-operative care, Wang developed an infection in his other kidney.

He eventually experienced renal deficiency. Nowadays, in his mid-twenties, he is confined to bed and must receive daily dialysis to remove the toxins from his blood, as his kidney is unable to filter them.

Ironically, doctors say that he now needs a kidney transplant for himself. After the operation, nine people were arrested, and five of them have been charged, including the surgeon, the person who leased the operating room, and those who were tasked with hunting for donors through online chat rooms.

In China, there is a tremendous organ deficiency and has one of the lowest percentages of organ donation worldwide. Many people consider the human body sacred, so it should be buried as a whole, to show respect to their ancestors.

To meet the demand for organ donations, prisoners were used as donors for a long time. Yet, back in 2015, China publicly committed to stop the practice after being harshly criticized by the international public.

As an alternative, the government established a national organ bank, responsible for finding suitable organs and distributing them to those who need them the most. Unfortunately, critics say it is still easy for people with connections to abuse the system and avoid the waitlist.

In 2016, the Chinese government declared they had completed ten thousand organ transplants.

Yet, an independent report by the International Coalition to End Transplant Abuse in China claims this number is much lower. They estimate that this number is somewhere between sixty to one hundred thousand transplants annually.

Plus, illegal trade with organs is still hugely spread.

The black market is highly prosperous, due to the high demand, and a human kidney can reach a price of over 250 thousand American dollars. People who struggle financially or are in debt are often victims of people who work on the illegal organ market.

The story of Wang proves that this can often cost one his life. Unfortunately, for those in need of an organ, it is the only solution to survive, as most patients die while waiting to receive one legally.

The best solution to the shortage problem is to convince the public to donate organs. This will decrease the demand for organs on the black market, which could eventually end this dangerous trade.

Sadly, it is too late for the teenager who sold his kidney. His life has been changed forever and now, he is left to the mercy of a malfunctioning system.

The Average Woman Is No Longer A Size 14