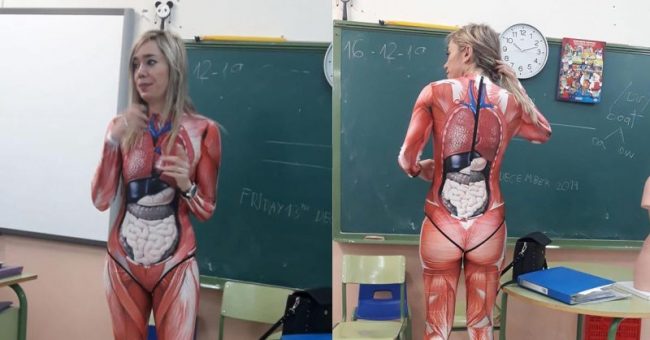 Being a teacher is much more demanding that anyone who hasn’t tried it believes.

A teacher has to grab his students’ attention, present the new material in a way they can understand it, teach them how to relate it to familiar concepts, and stimulate them to become interested in the way they can later use it.

One dedicated third-grade teacher, Verónica Duque, from Valladolid in Spain, made sure her students learn the anatomy of the human body in detail. 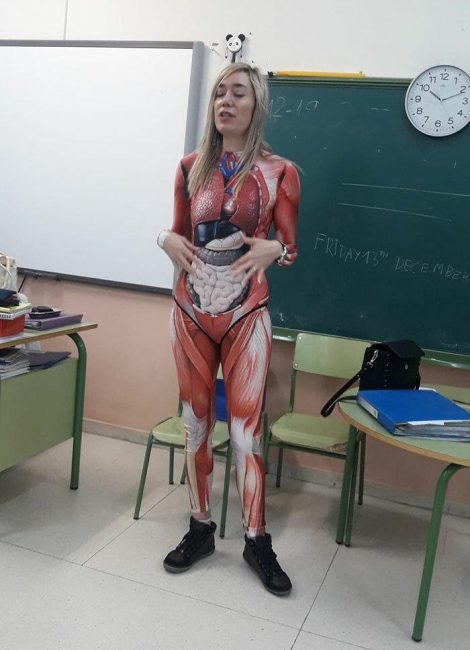 One day, the teacher entered the classroom wearing a full-body suit that mapped out all of the body parts. She admitted that the reactions were mixed, “confusion, shouts, applause and some covered their eyes.”

“I’ve been teaching for 15 years now. I teach natural and social science, art, as well as English and Spanish. I was surfing the internet when an ad of an AliExpress swimsuit popped up. Knowing how hard it is for kids this young to visualize the disposition of internal organs, I thought it was worth it giving it a try.” 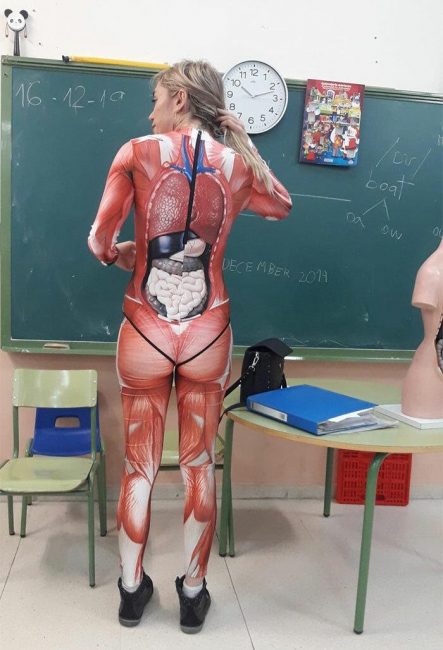 Her husband, Michael, shared the photos of Verónica on Twitter, with a caption:

“Very proud of this volcano of ideas that I am lucky to have as a woman. Today she explained the human body to her students in a very original way. And the kids freaking out. Great Veronica !!!”

One person commented that ‘More teachers with that desire to teach are needed’, while another pointed out that she had demonstrated ‘total dedication to the profession’.

Verónica claims that she always tries to be creative in class, as she has realized that kids enjoy visual aids more than written text or spoken words. 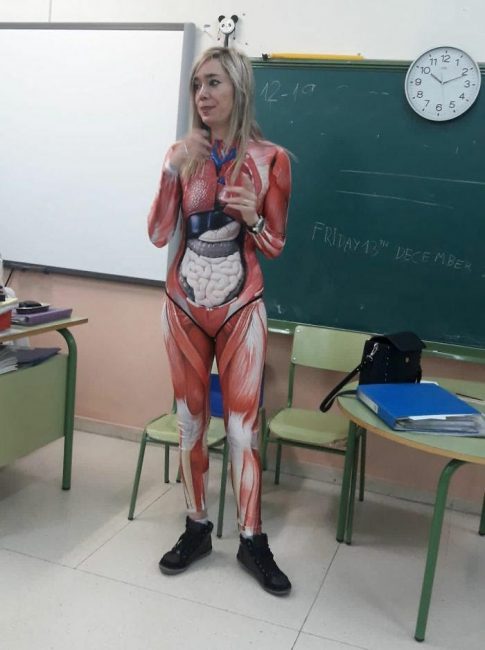 “I decided long ago to use disguises for history lessons. I’m also using cardboard crowns for my students to learn grammatical categories such as nouns, adjectives, and verbs. Different grammar kingdoms, so to say.”

Teachers have one of the noblest professions in the world, as their role is to share and multiply wisdom and knowledge.

Veronica added that she would like people to stop considering teachers to be lazy bureaucratic public servants, as they “ are certainly not.”