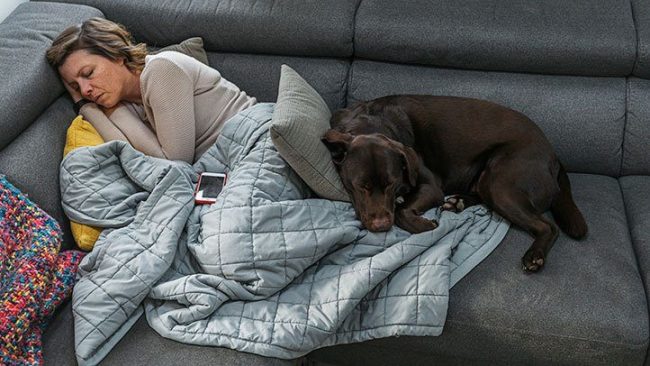 Numerous people face a dilemma on a daily basis, whether to take a short daytime nap or not, but researchers have shown that these siestas can actually have a beneficial effect on our health.

Taking a short nap in the afternoon makes us feel energized and refreshed, and researchers have recently discovered that it also offers cardiovascular benefits.

Manolis Kallistratos, MD, a cardiologist at Asklepieion General Hospital in Voula, Greece, claims that lifestyle changes are the cornerstone of treatment on the case of for high blood pressure.

Yet the aim of the latest study, presented at the American College of Cardiology 2019 meeting in New Orleans on March 18, was to discover if these effects remain the same in people whose blood pressure is fairly well controlled, but who could still benefit from lower levels.

The study included 212 adults with an average age of 62, whose average systolic blood pressure was 129.9 mmHg. They wore a blood pressure monitor for 24 hours, during which some of them took a midday nap for about 49 minutes, and the others didn’t.

Researchers controlled factors like age, sex, medications, physical activity, smoking status, and alcohol, coffee, and salt intake, and discovered that people who took a nap had systolic blood pressure that was 5.3 mmHg lower, on average, the control group.

Additionally, all participants saw a similar drop in blood pressure while sleeping at night, so these effects were not due to any apparent differences in nighttime sleep. Also, both groups were similar in terms of heart disease risk factors, except that there were people who smoked in the napping group, which even more strongly points out to napping as the reason for the lower blood pressure.

Kallistratos noted that even a drop in blood pressure of 2 millimeters of mercury [mmHg] can lower the risk of cardiovascular events like heart attack by up to 10 percent.

Therefore, these findings can be of great value. For comparison, he says that lifestyle changes like reducing salt or alcohol intake lower blood pressure by 3 to 5 mmHg, and a low-dose drug for hypertension decreases levels by 5 to 7 mmHg.

The team of researchers notes that they are the first to study the effects of daytime napping on blood pressure levels. They also encourage further research to replicate and validate the current results, as they believe that their study offers important and valid new information.

Dr. Kallistratos and the researchers explain that in order to make sure their work will provide credible findings, they tried to recruit study participants who reasonably controlled their blood pressure levels.

Kallistratos explained that the higher the blood pressure levels, the more pronounced any effort to lower it will appear. Therefore, involving people with relatively well-controlled blood pressure made them more confident that napping would be the real cause of any significant differences in blood pressure readings.

Moreover, the team believes that the results of their study should provide grounds for people to indulge in midday naps with less of a sense of guilt, as it can actually improve their health.

The ‘Gateway Drug’ is Alcohol, Not Cannabis

These 5 Exercises Women Over 40 Should Do Every Week