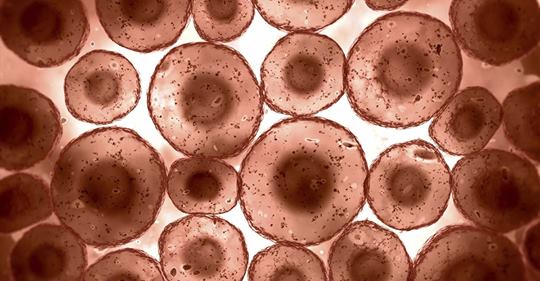 Fasting is often practiced as a way to quickly lose weight, but it can apparently help you fight off diseases too.  A recent study has shown that refraining from food for two days can regenerate the immune system, and help you fight infections.

According to the scientists at the University of Southern California, these findings could be of great help to the elderly and people suffering from damaged immune systems, such as cancer patients. For 6 months, they analyzed the effects of fasting for 2-4 days on both, humans and mice.

According to Valter Longo, Professor of Gerontology and the Biological Sciences at the University of Southern California:

“It gives the OK for stem cells to go ahead and begin proliferating and rebuild the entire system. And the good news is that the body got rid of the parts of the system that might be damaged or old, the inefficient parts, during the fasting.”

Additionally: “Now, if you start with a system heavily damaged by chemotherapy or aging, fasting cycles can generate, literally, a new immune system.”

Scientists also discovered that fasting lowers the levels of the enzyme PKA, which is known to increase longevity in simple organisms, as well as the levels of the hormone IGF-1, which has been linked to aging, tumor progression, and cancer risk.

Moreover, the findings of a small pilot clinical trial indicate that fasting for a 72-hour period before undergoing chemotherapy protected patients against toxicity. Tanya Dorff, assistant professor of clinical medicine at the University of Southern California, explains:

“While chemotherapy saves lives, it causes significant collateral damage to the immune system. The results of this study suggest that fasting may mitigate some of the harmful effects of chemotherapy. More clinical studies are needed, and any such dietary intervention should be undertaken only under the guidance of a physician.”

One study in 11 healthy adults showed that fasting for 24 hours significantly increased levels of HGH.

Another small study in nine men found that fasting for just two days led to a 5-fold increase in the HGH production rate. Plus, fasting may help maintain steady blood sugar and insulin levels throughout the day, which may further optimize levels of HGH, as some research has found that sustaining increased levels of insulin may reduce HGH levels.”

The practice of fasting has been associated with a myriad of health benefits, so in order to support health, incorporate it to your routine, coupled with a healthy lifestyle and a nutritious diet.

9 Incredible Things Happen To The Body After Drinking Ginger Tea

Turmeric and Honey: The Most Powerful Antibiotic That not even Doctors Can Explain