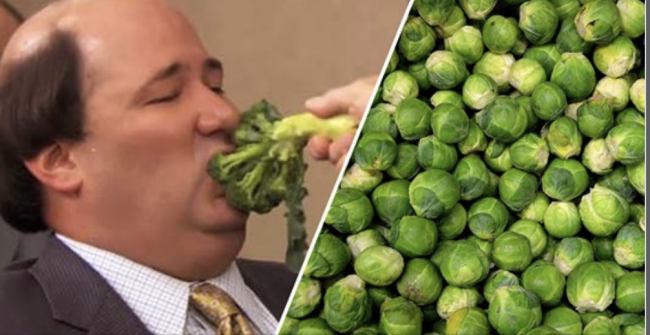 You surely remember the hatred you felt when you were a child and your mother put vegetables on your plate..well, at least I do. I don’t know why, but most children seem to detest veggies and fruits when small.

My biggest wish back then was to be left alone, so I can eat chocolates only.

Vegetables, together with fruits, are the best sources of powerful nutrients, vitamins, and minerals, which are essential for the normal growth and development of our body.

They are our most potent weapons against ailments and diseases. Therefore, as we grow up, we realize that our health is our responsibility, and they become a regular part of our diets.

Yet, this is not always the case, as researchers have found that some people are ‘genetically wired’ to dislike some vegetables, with those who have two copies of a particular taste gene affected.

According to preliminary research to be presented at the American Heart Association’s Scientific Sessions 2019 — November 16-18 in Philadelphia, a specific gene makes certain compounds taste bitter, which may make it harder for some people to add heart-healthy vegetables to their diet.

This excess gene provides a ‘ruin-your-day’ level of bitterness to foods like broccoli and sprouts, and it also makes the taste of coffee, dark chocolate, and beer unpleasant.

We all inherit two copies of a taste gene called TAS2R38, which allows us to taste bitterness by encoding for a protein in the taste receptors on the tongue.

Yet, there are more varieties of this gene, and people who inherit two copies of a variant called PAV are often referred to as ‘super-tasters’, as they find certain foods exceptionally bitter.

On the other hand, people who inherit two copies of a variant called AVI are not sensitive to bitter tastes at all, while those with one copy of AVI and one of PAV perceive bitter tastes slightly.

The study involved 175 people, and the findings suggest that individuals with two copies of the PAV variation of the gene ate small amounts of leafy green vegetables.

According to Jennifer L. Smith, Ph.D., R.N., study author and a postdoctoral fellow in cardiovascular science at the University of Kentucky School of Medicine in Lexington, this might be the reason why some people cannot have the recommended five-a-day of fresh fruit and veg.

“Your genetics affect the way you taste, and taste is an important factor in food choice. You have to consider how things taste if you really want your patient to follow nutrition guidelines.”

“We thought they might take in more sugar and salt as flavor enhancers to offset the bitter taste of other foods, but that wasn’t the case. Down the road, we hope we can use genetic information to figure out which vegetables people may be better able to accept and to find out which spices appeal to supertasters so we can make it easier for them to eat more vegetables.”

Tonia Reinhard, a senior lecturer at Wayne State University in Detroit and course director for clinical nutrition at the university’s school of medicine, found it intriguing that the University of Kentucky researchers identified genetic regions that relate to taste that can affect food choices and potentially result in the development of certain chronic diseases.

“Since fruits and vegetables contain numerous phytonutrients and essential nutrients that can reduce inflammation and oxidative damage — two key damaging processes linked to cardiovascular disease, cancer, diabetes, and other chronic diseases — anything that affects dietary intake of these foods can possibly influence disease development.”

Moreover, she reminded people that human taste perception is a complex process that is influenced by numerous variables.

“It is useful for individuals to try to understand their own preferences and when unhealthful, use their cognitive function to override some of those.”

The Right One Won't Be Bothered By Your Flaws, Weirdness And Your Overthinking Mind