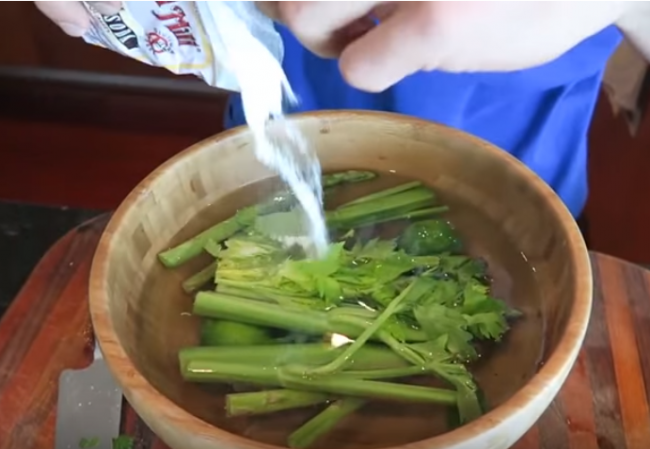 This year, they found two well-known crops that contain “less than one percent detectable pesticides,” even in their non-organic iterations.

“Pesticide residue is a common term today, unfortunately, and one that must be taken into consideration, whether you’re eating pears from an orchard, spinach from the grocery store or peppers from your local farmers market.

Both small farmers and large corporate crop producers routinely use pesticides, but some of the chemicals they use absorb into the food that will later be eaten, Science Daily reports.1 Not just the fruits and vegetables themselves but entire trees, orchards, fields, and soil, are sprayed with toxic chemical pesticides to protect against pests and fungal diseases.

Only in the last handful of years has anyone stopped to ask whether the foods coming out of those fields were healthy any longer. The potentially toxic effects that have been uncovered have made consumers and consumer groups more than a little nervous, and for good reason. “

However, our environment is the highest in glyphosate and other chemicals than ever before, but at the same time, there is a growing interest in organic food.

One of the best ways to eliminate toxins from our food is to make high-quality homemade produce wash, and researchers from the University of Massachusetts found the cheapest, simplest, and most effective way to do so.

In October 2017, the Journal of Agricultural and Food Chemistry published a study conducted by a team of six researchers, who analyzed the effects of three main possible solutions for cleaning produce.

According to Science Daily:

“The researchers applied two common pesticides — the fungicide thiabendazole, which past research has shown can penetrate apple peels and the insecticide phosmet — to organic Gala apples. They then washed these apples with three different liquids: tap water, a 1 percent baking soda/water solution, and a U.S.-EPA (Environmental Protection Agency)-approved commercial bleach solution often used on produce.”

The lead researchers Dr.Lili He said:

“We want(ed) to see whether or not the factory level (of washing) is already effective” for removing the chemicals.”

Their findings showed that baking soda is the most powerful way to degrade pesticides from the produce.  Sodium bicarbonate (baking soda) is a 99% pure, powerful natural healing and cleaning substance, that is safe to use in numerous ways in the household.

Add a tablespoon of baking soda to 1.5 liters of water, and apply the solution to produce in order to eliminate toxic chemicals.

Researchers soaked Gala apples in baking soda for at least 8 minutes, and it “significantly reduced pesticide residue on the surface.” After 12-15 minutes, there were “virtually no pesticides left.”

Note that it is always the best to buy organic foods, but when buying conventional, use baking soda to cleanse the foods.  If possible, choose a brand that is mined naturally and not chemically extracted.

You can also try a solution of organic white vinegar and lemon juice instead of baking soda, and use it to get rid of any dangerous chemicals and toxins from your vegetables and fruits.

What Alcohol Consumption Does to Your Brain