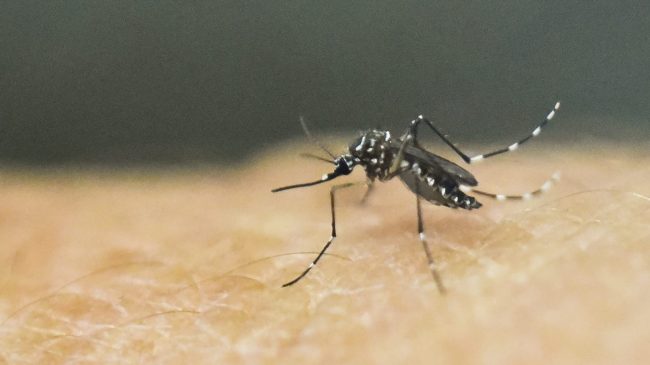 Even though environmentalists objected to it, in May 2020, a state regulator approved the plan of a British biotechnology company to release 750 million genetically modified mosquitoes in Florida and Texas.

If you hoped that 2020 has nothing more up the sleeve, and we cannot get any more shocked, we are sad to inform you that things are about to get even more confusing.

Namely, scientists plan to use genetic engineering as their weapon against diseases, and this involves the release of genetically modified mosquitoes in Florida and Texas!

They hope that these efforts will dramatically lower the number of next-generation mosquitoes over time.

On May 1, the US Environmental Protection Agency (EPA) approved the Florida plan, and the further trial next year that will take place in Harris County in Texas, including Houston.

The British biotechnology company Oxitec intends to release millions of gene-hacked mosquitos every week for the next two years.

According to scientists, these sterile breeds of the mosquito species, Aedes aegypti (called OX5034 by Oxitec), can prevent the birth of female offspring and thus destroy the entire wild population.

In this way, they believe they will prevent the transmission of diseases like dengue, chikungunya, yellow fever, and Zika viruses.

Mosquitoes are among the deadliest creatures on the planet, so scientists have long planned to conduct such genetic engineering. Mosquito-borne illnesses affect and kill hundreds of millions of people worldwide every year.

“Genetic engineering offers an unprecedented opportunity for humans to reshape the fundamental structure of the biological world.”

Proponents of the trial claim that there are no risks to the public, as they will release only modified male mosquitoes, which do not bite people.

Yet, numerous geneticists, biologists, and bioethicists are questioning the current EPA’s ability to oversee and regulate the entire experiment.

They claim that all “biological, ethical, and social considerations” must be assessed, as the new mosquito proteins could lead to allergies in some people.

Many mentioned a similar experiment in Brazil, where the introduction of such GM insects had unintended consequences and the creation of “super-resilient genetic hybrids.”

Conservation groups claim that the environmental risks are not properly analyzed. Citizens of Texas and Florida are not comfortable with the idea genetically modified mosquitoes to be released and expressed their concerns on the public forum addressing the company’s permit application, maintaining they do not consent to become human experiments.

Oxitec scientists agree that their work in this research field cannot be predicted, explaining that “…as new advances in genetic decoding and gene editing emerge with speed and enthusiasm, the ecological systems they could alter remain enormously complex and understudied.”

Therefore, the Institute for Sustainability, Energy, and Environment at the University of Illinois Urbana-Champaign organized a “Critical Conversation,” which gathered expertise in mosquito biology, community engagement, and risk assessment observations from academic, government and nonprofit institutions.

The primary conclusion of the 35 participants was that the regulatory procedures need to be more transparent, comprehensive, and protected from biases and conflicts of interest.

People All Over The US Are Receiving Seeds In The Mail That They Did Not Order. Here's What To Do If You Get Some

10 Core Exercises That Are Important For Every Woman