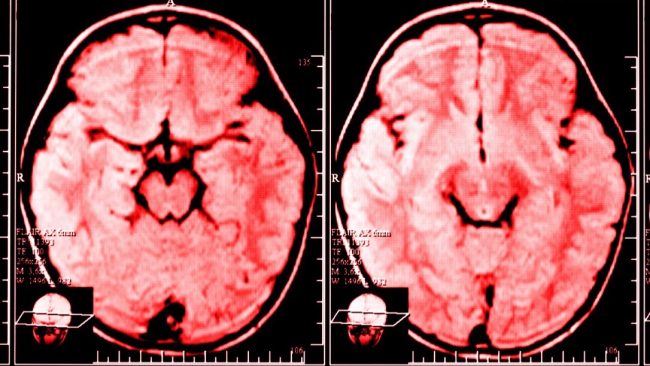 Norman Doidge, Canadian-born psychiatrist and author of The Brain That Changes Itself agreed that thought changes structure, and he himself witnessed people who managed to rewire their brains with their thoughts, to cure previously incurable obsessions and trauma.

The power of the human brain is literally limitless, and the huge development in the spheres of brain imaging and neuroscience in the last decades has shown that the brain can be re-engineered – and we can all do it.

Neuroplasticity is the lasting change to the brain throughout life. It indicates that we can:

Donald Hebb, an early pioneer of neuroplasticity and neuropsychology, famously said that neurons that fire together, wire together.

Dr. Michael Merzenich, now recognized as the most renowned neuroscientist in the world, proved the relationship between our thoughts (“neurons that fire”) and structural brain changes (“wire together.”)

He also discovered that all our thoughts habits, experiences, behaviors, thought patterns, and ways of reacting to world are inseparable from how our brain wires itself.  Therefore, negative habits can negatively change the brain, while positive habits change r brain for the better.

According to Alex Korb, Ph.D., and author of The Upward Spiral: Using Neuroscience to Reverse the Course of Depression, One Small Change at a Time, there is nothing fundamentally wrong with the brain of a depressed person.

It’s simply that the particular tuning of neural circuits creates the tendency toward a pattern of depression, and this is linked to the way the brain deals with stress, planning, habits, decision making, and many other things, or the dynamic interaction of all those circuits.

When a pattern is formed, it causes many other small changes throughout the brain that make a downward spiral.

Negative behaviors, like complaining, have devastating effects on the structure of the brain. We all complain from time to time, but constant complainers do not keep their negative thoughts to themselves but search for some unwilling participant and vent.

They can be divided into three groups:

-- Attention-seeking Complainers: These people use complaining as a way to get the attention they need, claiming that their lives are much worse than everyone else’s.

-- Chronic Complainers: These people live in a constant state of a complaint, and even when they do not complain loudly, they think about it. This often causes anxiety and depression.

-- Low-E.Q. Complainers: ‘E.Q.’ stands for emotional quotient, and people within this group are short on it. They are not interested in your feelings, thoughts, and perspectives at all and vent at every opportunity.

However, these people do not want to feel this way. If complaining is allowed to loop within the brain continually, it will change the person’s beliefs and behaviors. Our brain possesses the negativity bias, which is a tendency to focus more on negative circumstances than positive.

Dr. Rick Hanson, a neuroscientist, and author of Buddha’s Brain, says that negative stimuli produce more neural activity than do equally intensive positive ones, and they are also perceived more easily and quickly.

Therefore, if we repeatedly focus on negative thoughts, we will fire and re-fire the neurons responsible for the negativity bias, and thus alter our behavior.

Annie Wood, a Hollywood actress, writer, optimistic realist, and an enthusiasm enthusiast, also claims that we are wiring our brains throughout our lives, as a result if our repetitive thinking.

We are actually good in things that we regularly practice. If we worry too much, we become stellar worriers as the brain is responding, and our brain finds it easier to worry each time we do it, thus creating our default mode living, which is the habitual way of going about our lives.

It is actually our reacting minds as opposed to our responding minds, and they are often knee-jerk reactions to something. People often say and repeat thing they have said or done before, just like they are living on automatic pilot.

Yet, she says, when we make a pause before responding to a situation, our responding minds come into play.

It is not possible to be extremely happy all the time, and there is no need to, but everyone should take steps to fight negative thoughts and combat negativity. Studies have shown that meditation and mindfulness are the most powerful tools we can use.

Research has repeatedly shown that meditation and mindfulness are perhaps the most powerful tools for combating negativity. A 15-minute meditation daily can do wonders on your life, and your brain.

Daily meditation has been shown to lead to positive emotions, as it teaches people to easily find a purpose in life, and treat all kinds of illnesses and health issues.

21 Things Your Body Can Tell You About Your Health

CBD Is Officially Getting Banned In New York City, Ohio, And Maine