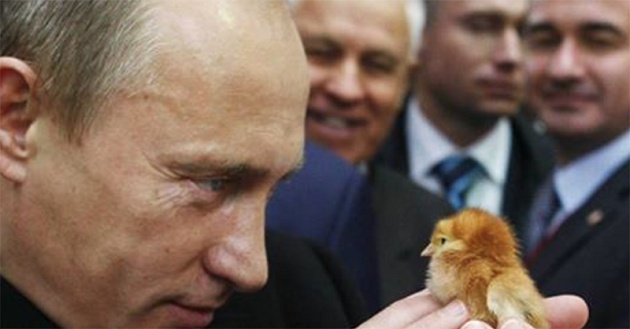 Struggling against the GMO food of Monsanto, Russia has made another bold move, and completely banned the use of GMO ingredients in the production of all kinds of food.

To be more concrete, they do not intend to have anything to do with GMO labeling or GMO ingredients, that have been found in high amounts in the food supply in the form of packaged foods and cultivation of genetically modified crops.

Deputy PM Arkady Dvorkovich, during an international conference on biotechnology, revealed that “as far as genetically-modified organisms are concerned, we have made a decision not to use any GMO in food productions.”

This decision sits the Russian government in unison with the recent global debate on GMOs and the presence of Monsanto in the food supply, which follows the highly-debated ruling by the WorldHealth Organization, which claims that the glyphosate-based Roundup by Monsanto is likely to be a carcinogen.

Yet, note that the use of GMO’s in Russia is not at the same levels as in the U.S., as if this was decided to be done here, the entire food manufacturing industry should have been transformed.

To be more precise, over 90% of staple crops like corn are genetically modified in the United States, along with 94 percent of cotton, and 94 percent of soybeans.

Hence, if GMO’s were banned in America, the entire food supply would have been radically altered. Yet, Russians are more determined to do a GMO revolution.

“According to official statistics the share of GMO in the Russian food industry has declined from 12 percent to just 0.01 percent over the past 10 years, and currently, there are just 57 registered food products containing GMO in the country. The law ordering obligatory state registration of GMO products that might contact with the environment will come into force in mid-2017.”

Furthermore, the Russian president Vladimir Putin believes that he keeps his country free of GMO’s, while staying in compliance with the commandments of the World Trade Organization (WTO).  At a former meeting, addressing the Board of the Russian Federation Council’ members, he declared:

“We need to properly construct our work so that it is not contrary to our obligations under the WTO. But even with this in mind, we nevertheless have legitimate methods and instruments to protect our own market, and above all citizens.”

Can you imagine a decision of this kind made in our country?

Say Goodbye To Back Pain! Here’s How To Get Rid Of Back Pain In Natural Way! Successful In 95% Of Cases!