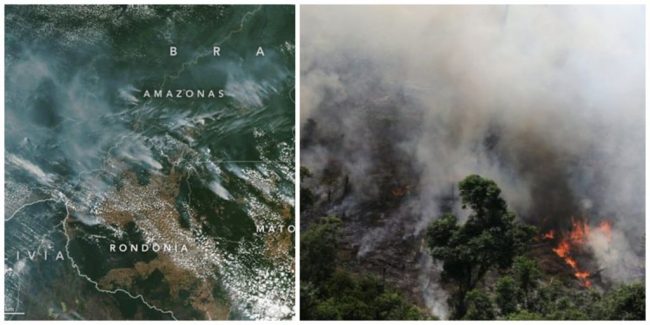 The National Institute for Space Research (INPE) satellite has detected more than 72,000 fires in the Amazon rain forest since the beginning of this year, but this fire has been one of the worst, with smoke visible from space.

On Monday, the smoke from the fires was so thick that it blocked the sun in Sao Paulo.

According to Climatempo meteorologist Josélia Pegorim, the smoke came from very dense and wide fires that have been going on for several days in Rondônia and Bolivia. The cold front changed the wind direction and transported this smoke to São Paulo. 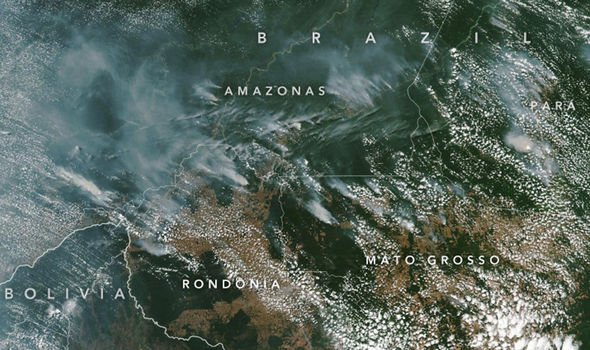 Wildfires are common during the dry season in Brazil, but this year has been one of the worst.

Brazil’s space research center INPE has recorded 72,843 fires in the Amazon this year, which is 83 percent higher than in the same period last year, and it is the highest since records began in 2013.

Most of the blazes were located in the Amazon basin, which is the home to the largest tropical forest on the planet, seen as crucial to countering global warming. The fires have been reported as particularly severe over the past three weeks, as the smoke from the raging infernos is now covering more than half of Brazil.

Inpe researcher Alberto Setzer explained that there is nothing abnormal about the climate this year or the rainfall in the Amazon region, which is just a little below average.

He also adds that a dry season creates favorable conditions for the use and spread of fire, but fire is started by people, either deliberately or by accident. 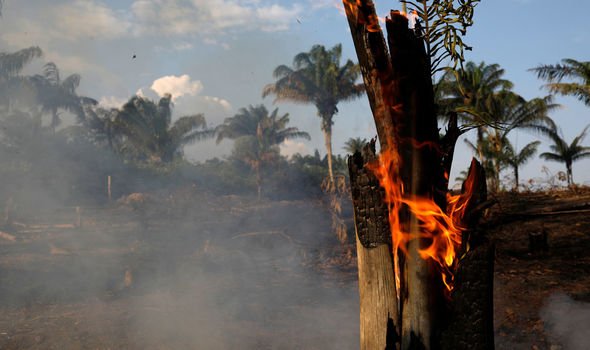 Deforestation and human activity have minimized the forests natural fire-resistance, and NASA stated that the intensity and frequency of droughts led to increases in regional deforestation and anthropogenic climate change. 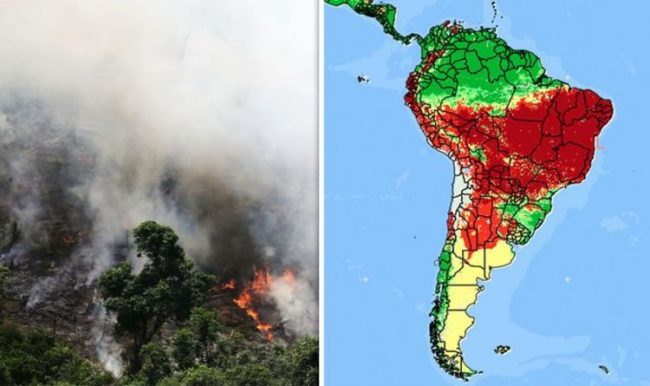 Some even blamed Brazilian President Jair Bolsonaro for allegedly allowing and encouraging loggers to clear the forests.

At this point, it is hard to predict how long the forest has been ablaze but since the recent increase of over 9,500 blazes, the number just gets higher and higher.

Against All Odds, Couple With Down Syndrome Celebrates 24-Years Wedding Anniversary