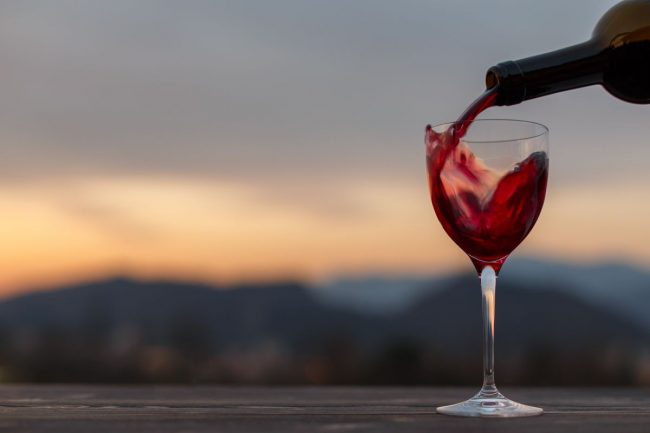 An earthquake and subsequent tsunami destroyed the Fukushima Daiichi nuclear power plant in March 2011, which led to massive radioactive contamination of the Japanese mainland.

The consequences of the accident on the environment keep appearing years later, even in places where nobody would expect. Namely, French nuclear physicists have found that the disaster has also left traces in California’s wine.

They tested 18 bottles of California’s rosé and cabernet sauvignon made between 2009 and 2012 and discovered that those produced after the accident contained increased levels of a man-made radioactive isotope, cesium-137.

Scientists can use this particle as a marker for man-made nuclear activity as it is present in the environment after the first nuclear tests, in 1952. These tests led to the production and dispersion of large amounts of it in the ’50s and ’60s.

Authors of the study wrote:

“In January 2017, we came across a series of Californian wines from vintage 2009 to 2012. Fukushima incident resulted in a radioactive cloud that has crossed the Pacific Ocean to reach the west coast of the United States.

And in Northern California, there is the Napa Valley. The idea was then to see if, as is the case in Europe following the Chernobyl accident, we could detect a variation in the cesium-137 level in these wines.”

They used two methods to find traces of a radioactive isotope called cesium-137, the first detected the particles through the wine bottle, and the second involved heating and reducing wines “to ashes”, that were later tested for the radioactive particle.

Yet, French experimental physicist Michael Pravikoff from the Centre d’Études Nucléaires de Bordeaux-Gradignan says that their results are only of scientific interest, so there is no need to be worried:

“These levels are so low, way below the natural radioactivity that’s everywhere in the world.”

“Information from Federal agencies, State programs, as well as the California Department of Public Health’s (CDPH) own sampling results, concluded there are no health and safety concerns to California residents.

The World Health Organization reported that the levels of radioactive toxins in food and drinks outside of Japan are too low to be dangerous.

Also, the World Nuclear Association maintains that so far, there have been no reported cases of deaths or radiation sickness in Japan.