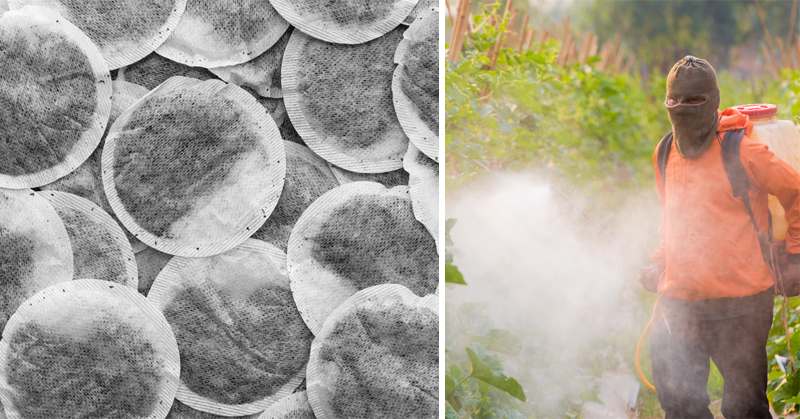 Studies have shown that certain tea brands (even those claimed to be organic or pesticide free!) contain pesticides which are known to be carcinogens in amounts high above the US and EU limits!

Teas are not usually washed before drying, and the pesticide residues remain in them.

The journal Food Research International published a study which showed that cheaper tea blends are high in fluoride and thus raise the risk of numerous illnesses like kidney issues, bone tooth, and even cancer.

The increased levels of these toxins are actually unsafe, and the consumption of these tea brands actually leads to numerous negative effects on health.

Some of these brands contain about 7 parts per million (ppm), and the allowed fluoride level is 4 ppm, which is extremely alarming, as fluoride enters the bones and accumulates in your body, where it can stay for years.

If you wonder how fluoride ended in tea in the first place, you should know that the tea plants accumulate it while growing. Therefore, the older leaves are richer in fluoride, and cheap tea brands are usually made from them. Moreover, they use smaller leaves which are higher in fluoride.

Yet, this does not mean that you should stop drinking tea. Instead, you should always purchase loose leaf tea and brew your tea from scratch, as tea bags include lower-quality leaves and are thus higher in fluoride.

Also, white tea has the least fluoride. Furthermore, we recommend that you use organic tea, as it has been cultivated in a more sophisticated way, and the soil has probably been watered with purified water.

10 Plants Native Americans Used to Cure Everything And Even Cancer