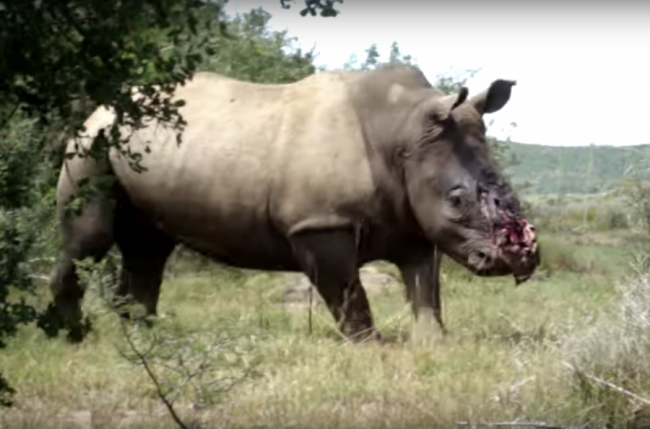 Rhinos have always been attractive to hunters and poachers. However, the growing demand for their horns in Asian countries has triggered a poaching crisis and a dramatic decline in their population, leading these animals at the brink of extinction.

At the beginning of the 20th century, there were over a half-million rhinos in Asia and Africa. Nowadays, there are less than 28,000 left in the world.

Habitat loss and overhunting are the main causes of their declining populations. Most hunters are motivated by the high demand for rhino horns as ingredients in traditional medicine remedies, hangover cures, and status symbols.

In 1977, the international trade in rhino horns has been banned, but this was not the case with the profit-making black market.

The booming illegal trade supplies mostly Vietnam and China, where the powder made from the horn is used to treat various ailments, such as cancer, headaches, rheumatism, headaches, erectile dysfunction, and even devil possession.

While the aphrodisiac properties are overstated and never confirmed, many customers seek the horns for that purpose too. The horn is either ground or shaved, and it is then dissolved in boiling water and consumed.

The brutal criminals that hunt rhinos for their horns initially slow them down with tranquilizer guns, hack off their horns, and then leave them to painfully bleed to death.

The following video shows a young rhino, mourning an older one after its horn has been removed by poachers.

“It is not clear that rhino horn serves any medicinal purpose whatsoever, but it is a testimony to the power of tradition that millions of people believe that it does.

Of course, if people want to believe in prayer, acupuncture or voodoo as a cure for what ails them, there is no reason why they shouldn’t, but if animals are being killed to provide nostrums that have been shown to be useless, then there is a very good reason to curtail the use of rhino horn.

There are five species of rhinoceros and, with the exception of one subspecies of African White rhino, all are in danger of being hunted to extinction for their horns. Rhinos, as we know them, have been around for millions of years, but Dr. H. Sapiens has created a predicament from which they might never recover.

It is heartbreaking to realize that the world’s rhinos are being eliminated from the face of the earth in the name of medications that probably don’t work.”

Conservationists are desperately trying to put an end on this practice, and some rangers at wildlife reserves have even resorted to sawing off the horns of rhinos in an attempt to protect them from poachers. The drastic step has drastically lowered the risk to the animals, as they no longer have the poachers’ prize.

According to Dr.Mike Toft, a vet, the operation is violent and noisy, but there is no blood, and if done correctly, it is as painful as trimming your fingernails.

MAGALIESBERG, SOUTH AFRICA – October 14: Rangers are dehorning a rhino calf in Askari Game Lodge, to protect them against poachers. 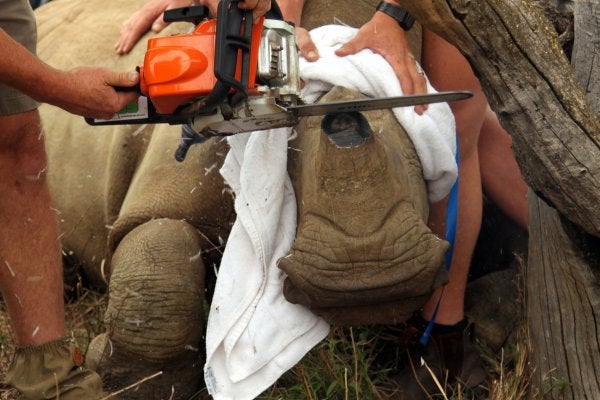 Another strategy is to flood the market with fake rhino horns, to reduce the demand for the real ones. Researchers from the University of Oxford and Fudan University in China have stated that they have created a fake rhino horn.

Xolani Nicholus Funda, chief ranger at Kruger, the center of the world’s rhino poaching, claims that protecting the rhinos has become bigger than a conservation challenge:

“It’s a war. That’s our frustration. The rhino war—it’s like drugs. It involves lots of cash and bribery. The whole justice system is really a frustration. “

Do Animals Have Emotions? Baby Elephant Cried For 5 Hours After Mother Rejected Him