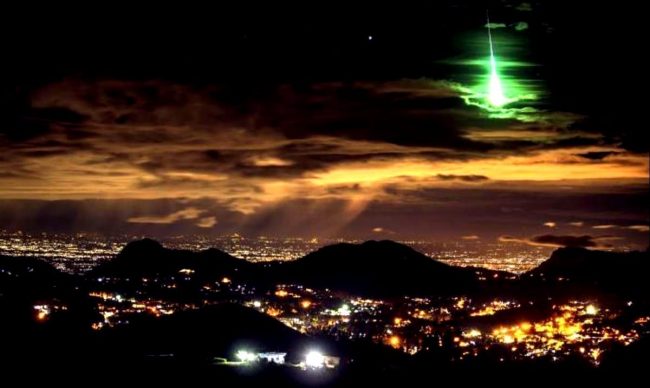 Living in the modern era, we have innumerate reasons to be impressed. Yet, nothing can create mesmerizing sights as Nature. No matter how advanced technology gets, Nature is the optimal magician for beauty.

Several years ago, back in October 2015, an emerald meteor lit up the sky in India. It burned very brightly but was gone very quickly, so, fortunately, a photographer managed to capture the magnificent phenomenon.

Every day, more than 25 million meteors fly towards Earth, but they are either too hard or too small to see during the day, so taking a photo of them is nearly impossible.

After winning a National Geographic Young Explorers grant, Prasenjeet Yadav drove into the mountains and set up his camera to take a timelapse of the sky above Mettupalayam, India.

When this emerald shooting star came into play, in his sleep, his camera filmed the mind-blowing moment. Sometimes, the greatest things in life happen by accident!

He was so stunned by this once-in-a-lifetime shot later, that he even suspected its validity first!

Yadav explained that the greenish color was a result of “a combination of the heating of oxygen around the meteor and the mix of minerals ignited as the rock enters Earth’s atmosphere.” 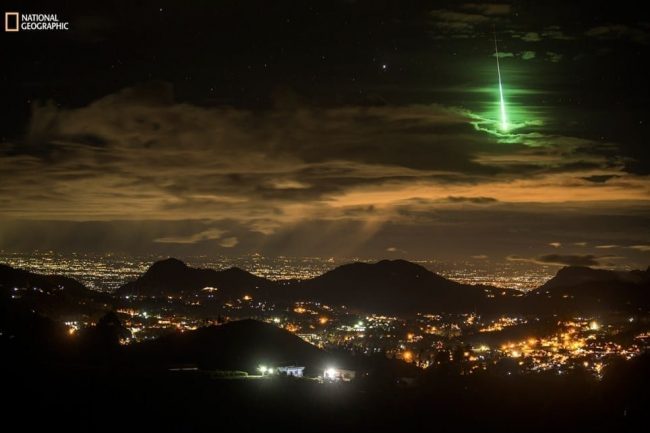 The impressive image made it into the running for National Geographic’s nature photographer of the year competition for 2016. And he was undoubtedly lucky to be the one to capture the great shot!

“Anand Varma was visiting me and I was showing him around a mountain range in South India called the Western Ghats. We camped on the side of a road and I set up my Nikon D600 and a 24-70mm lens to take 15-second exposures. I set the camera to take 999 images.

I slept next to the camera and it continued taking pictures until dawn. It wasn’t until the next afternoon that I reviewed my images and noticed something unusually bright and green. I showed it to Anand, and we realized that I had captured an extremely rare event.”

“After checking with a few experts, I learned that it was a green meteorite, and getting it on camera is very rare. This is an example of being at the right place at the right time to capture something totally unexpected.

For those 15 seconds, I was the luckiest photographer on the planet.”

Yadav was originally a molecular ecologist, having earned a master’s degree in molecular biology.

However, after discovering that his passion was storytelling, he became a photographer and National Geographic Explorer, intending to promote ecological and conservation sciences.

11 Things That Change When You Lose Your Parents