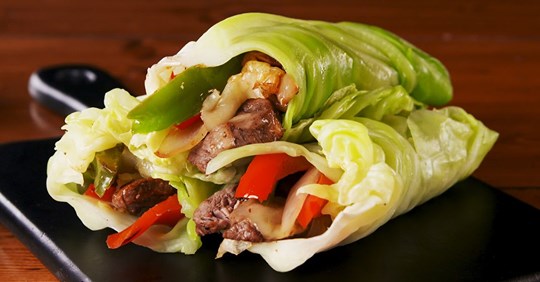 Food is rooted in our culture, and it is often much more important that we are aware of.

Apart from being a necessity, food is something we take delight in, a way to welcome guests, a reason to go out, a manner to present our tradition to others.

If you are an epicure, you are especially fond of delicious meals, and you probably enjoy cheesesteaks. And if you do, you have surely tried their amazing Philadelphia version!

Philadelphia natives and visitors adore the classic Philly cheesesteak, a work of art by Pat Olivieri, who is believed to have invented it in the 1930s.

One day, this hotdog vendor decided to grill some beef from the butcher on the grill, and he placed it on an Italian roll.

The smell attracted a cab driver, who asked for it instead of a hotdog. The fascinating taste of the new sandwich attracted drivers from all over the city, and they soon visited Olivieri for steak sandwiches.

The rest is history.

The tasty sandwich became so popular, that Olivieri even opened Pat’s King of Steaks, on 9th Street. Yet, it wasn’t until 1949 that an employee “Cocky Joe” Lorenzo added cheese atop of the steak.

The idea instantly took off, and the sandwich as we know now was born. Yet, if you are on a low-carb diet, you probably do not even consider having a Philly cheesesteak now.

Well, we are here to reveal its upgraded version, for people like you!

The original Philly sandwich is absolutely appetizing, but if you replace the card-rich roll with a cabbage wrap, you will get a delicious, but lighter meal.

Cabbage is an incredibly beneficial veggie, low in calories and fat, but rich in fiber, vitamins, and minerals.

It is abundant in vitamin C, vitamin K, and sulfur, as well as a compound known as sulforaphane, which is believed to delay and impede cancer. Cabbage is rich in flavonoids, such as anthocyanins, which lower blood pressure and the risk of heart disease and fight inflammation in the body.

Apart from its impressive nutrient profile, cabbage also helps digestion and lowers cholesterol levels. As a plus, it is delicious, affordable, and adaptable to many recipes.

Therefore, don’t waste your time and try the following recipe:

In a large pot, boil water, and then dip cabbage leaves into it for 30 seconds, using tongs, to blanch them.

Next, place them on a plate, previously lined with a paper towel.

In a pan, heat a tablespoon of oil over medium heat, and add the bell peppers and the onion. Season with pepper, salt, and oregano, and stir until they soften.

Cover the pan, and cook to melt the cheese.

When done, scoop the mixture onto the center of the blanched cabbage leaf, fold one end of it over it, and toll the leaf to form a burrito.

Enjoy it without feeling guilty!

Beware Of Fake Friends: Not Everyone Who Is Nice To You Is Your Friend