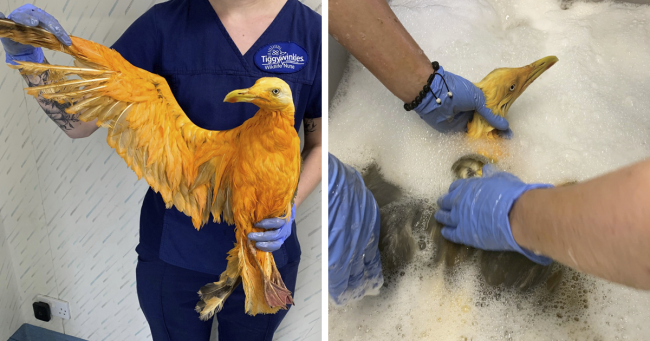 A passerby spotted an exotic-looking orange bird stranded on a British Highway on July 1, and he immediately called the Animal Rescue Hospital to report the case. He described it as being vivid, uneven orange, like a winged Cheeto.

However, this strange bird was not to be returned to the zoo, not it had escaped its owner, as it was an ordinary seagull with a rare problem. 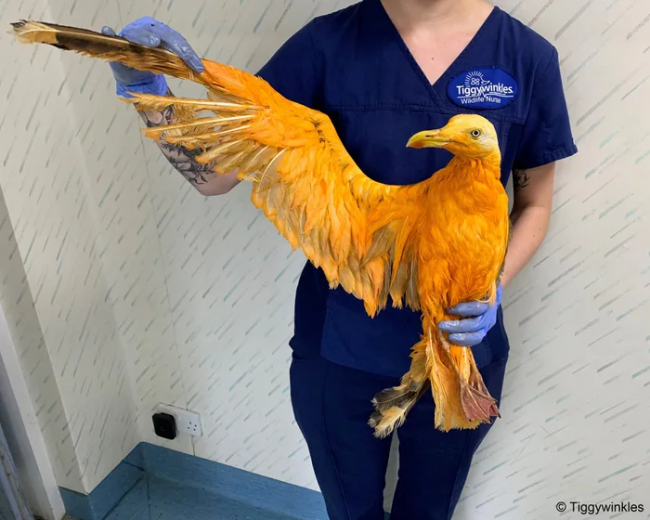 Namely, the animal Buckinghamshire hospital Tiggywinkles Wildlife Hospital explained that the bird was simply covered in curry or turmeric!

Therefore, even though it had a vivacious color and a pungent smell, the bird was in great health condition. Yet, the wildlife hospital expressed their gratitude to the passerby for rescuing it. 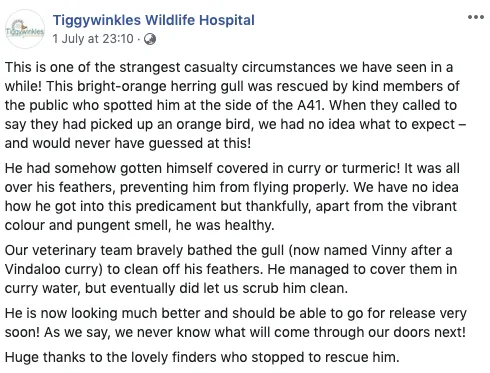 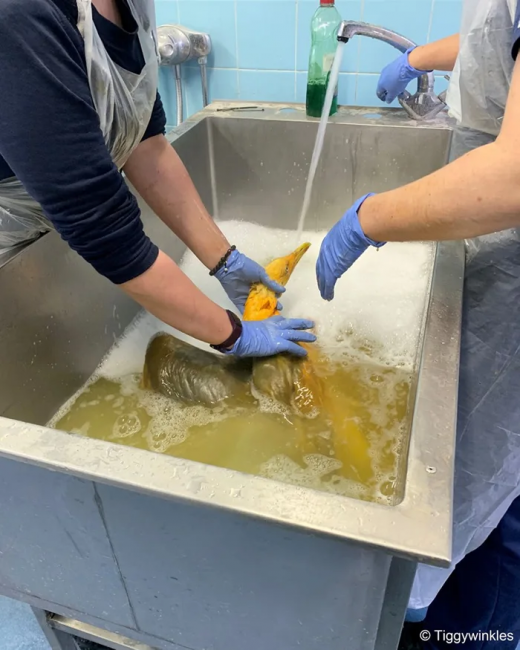 They also explained that their veterinary team bravely bathed the gull, as there was curry all over its feathers and it couldn’t fly properly. The bird managed to cover them in curry water but eventually did let them scrub him clean. 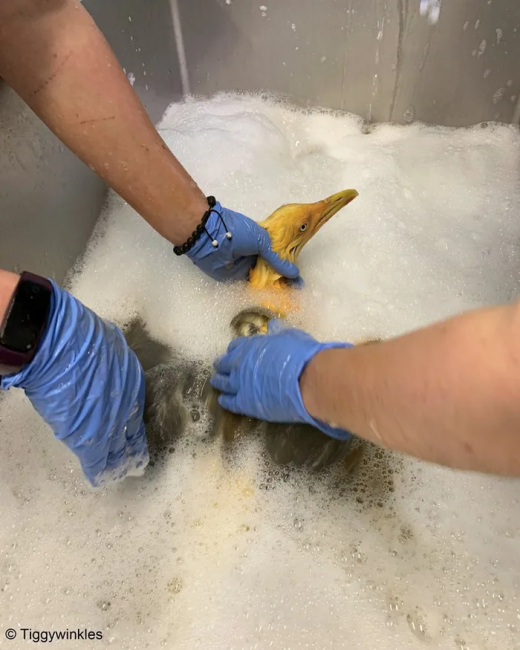 He was afterward named Vinny, after the Indian dish Vindaloo, and he is on the road to being released back into the wild. 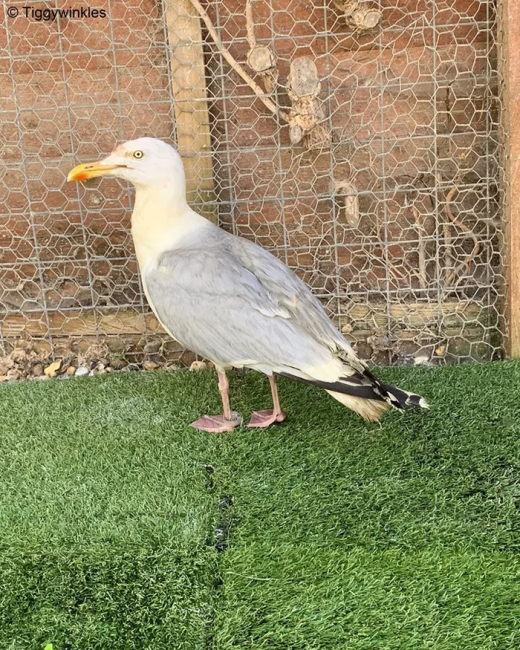