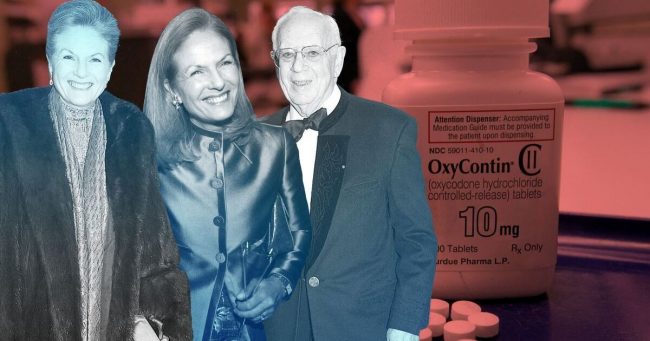 The Sacklers, the family that owns Purdue Pharma, responsible for the controversial opiate OxyContin, is accused of trying to hide their wealth by transferring over $1 billion to offshore accounts, amid a flurry of lawsuits related to the drug.

The New York’s attorney general filed a complaint, citing evidence that the Sacklers made multiple large transfers to various offshore accounts. What’s more, in the last several years, even more money, as much as $4 billion was transferred into domestic accounts.

The money was reportedly funneled through business accounts into the private accounts of family members, but there were also shell corporations that the Sacklers used to cover their tracks.

Perdue Pharma has been trying to come to some sort of settlement, but prosecutors and the court of public opinion maintain the family still has a long way to go before they can put this behind them.

New York Attorney General Letitia James said that the Sacklers continue to lowball victims and skirt a responsible settlement, but they won’t allow the family to misuse the courts to shield their financial misconduct.

She added that the limited number of documents provided to them underscores the necessity for compliance with every subpoena.

For a spokesperson for Mortimer D.A. Sackler, the recent filing was a “torpedo a mutually beneficial settlement that is supported by so many other states and would result in billions of dollars going to communities and individuals across the country that need help.”

The spokesperson added that the transfers were legal and appropriate in every respect.

Days after the family was accused of liquidating their funds, Purdue Pharma filed for Chapter 11 bankruptcy court in White Plains, New York, stating that this was a part of their plan in settling the numerous legal claims against them.

It reached a tentative deal to resolve lawsuits with 24 states and five U.S. territories, as well as lead lawyers for over 2,000 cities, counties and other plaintiffs.

Thousands of cities and counties have sued Purdue and the lawsuits, seeking billions of dollars in damages, claim the company and family aggressively marketed prescription painkillers while misleading doctors and patients about their addiction and overdose risks.

These allegations have been denied by Purdue and the Sacklers, who maintained that federal regulators approved the drug and doctors prescribed them.

In a statement, the company added that the court-supervised process is intended to facilitate an orderly and equitable resolution of all claims against Purdue, while preserving the value of Purdue’s assets for the benefit of those affected by the opioid crisis.

Steve Miller, Chairman of Purdue’s Board of Directors, explained that they aimed at saving money in litigation and ensure that the funds actually get the victims instead of being taken by the courts.

The company is promising about $10 Billion in settlements to the various states and individuals that they are in litigation with.

Yet, two dozen states remain opposed or uncommitted to the proposed settlement. They claim they will fight for additional legal and financial penalties against the Sacklers, not just their corporate entities.

The Sackler family is considered to be a primary contributor to the opiate crisis in the United States, so these states are setting the stage for contentious legal battles over the responsibility for a public health crisis that has claimed the lives of nearly 400,000 people between 1999 and 2017, according to the latest U.S. data.

The Sackler family members, in a statement, said they were hopeful that in time, those parties who are not yet supportive will eventually shift their focus to the critical resources that the settlement provides to people and problems that need them.

In 2016, Forbes Magazine estimated their net worth at $13 billion, which made them the country’s 19th-richest family.

Baby Born With Gray Hair Has The Internet Talking