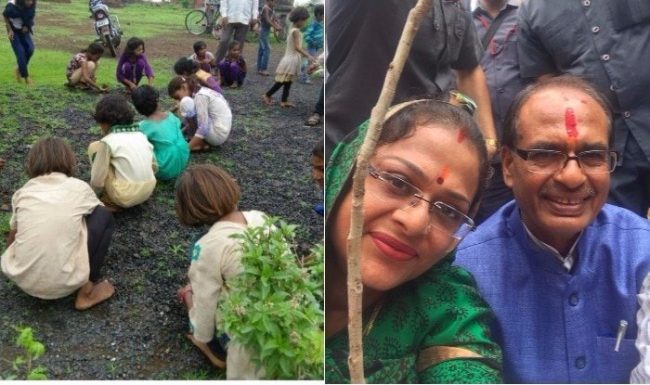 At the Paris climate conference in December 2015, India had announced its make India green again” plan and had pledged to increase forest cover to 95 million hectares (235 million acres) by year 2030. Now, it is putting $6.2 billion towards the effort and the goal to raise the awareness for the importance of this mass-planting event.

The efforts are massive, and back in 2016, the state of Uttar Pradesh’s had set the Guinness World Record of reforestation when almost 1 million participants planted 50 million trees in 24 hours. Yet, only a year later, the central Indian state of Madhya Pradesh set a new one, and 1.5 million volunteers planted over 66 million tree saplings in just 12 hours along the Narmada river.

The campaign was organized by the government, and 24 districts of the Narmada river basin were chosen as planting sites to increase the saplings’ chances of survival. 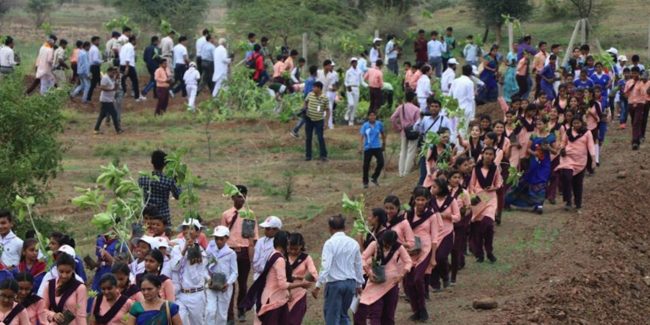 Volunteers including children and the elderly planted over 20 different species of trees on what the state’s chief minister Shivraj Singh Chouhan described as a “historic day”.

They had planted 66.3 million saplings between 7 am and 7 pm, adding in a tweet: “By planting trees we are not only serving Madhya Pradesh but the world at large.” 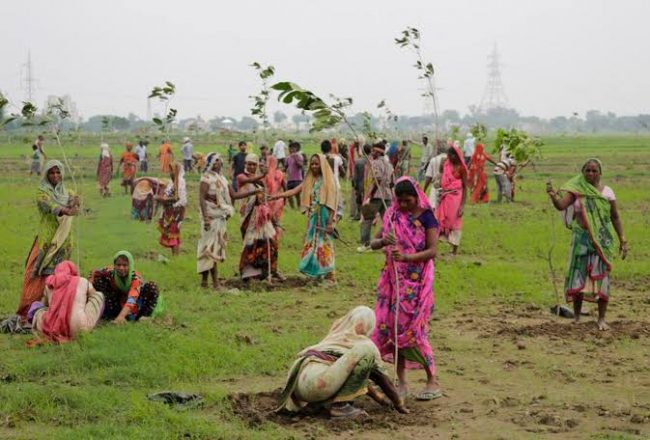 Being the world’s third largest generator of carbon emissions, India is not committed to the Paris climate after the US withdrew from the deal.

Prime Minister Narendra Modi said at a joint press conference that the protection of the environment and the mother planet is an article of faith.

According to the chief minister of Madhya Pradesh, this state took a concrete step to deal with global warming and climate change.

He explained they decided to plant on a catchment area as Narmada banks would not be able to accommodate so many trees.

In a press release, he informed the public that the people of Madhya Pradesh successfully planted 6.63 Crore (One crore is 10 million) saplings in a day. He said that their efforts will help to save the environment and contribute to climate change initiatives. 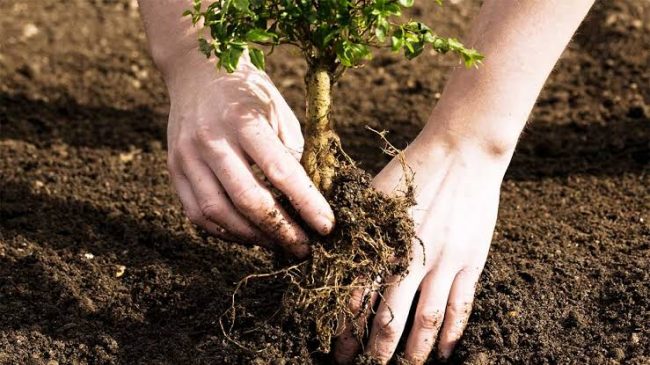 Other states in India take such initiatives as well, and recently, Kerala had planted over 10 million trees in 24 hours, while Maharashtra has another reforestation campaign which involves planting 40 million trees.

The leaders of these states believe that these planting programs would help reverse the damaging effects of climate change and improve air quality by having the trees absorb greenhouse gasses from the surrounding air. This is very important, as 6 of the top 10 most polluted cities in the world are in India.

To monitor all the planted trees, and check which trees are doing the best and which ones need assistance, and every mass planting plan has involved upkeep so that the trees receive the proper water and maintenance. 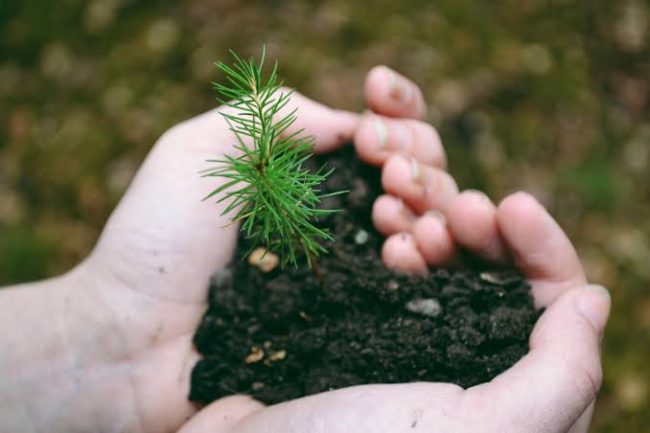 However, while efforts like these are of great help, in reality, billions of trees are cut down annually.

According to the United Nations, deforestation and forest degradation make up 17 percent of the world’s carbon emissions. Moreover, the planet loses 15 billion trees annually and much of it is cleared for farmland to feed the world’s booming population, but it is feared this could be aggravating climate change.

Therefore, we all need to do our best to green up our planet. If we all planted one tree on the same day, we would beat any Guinness World Record!

Yet, do not wait, and plan a tree whenever you can!