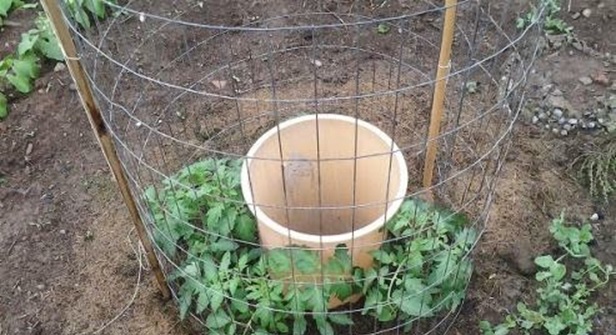 A genuine idea of a man called James Brian resulted in a fantastic achievement. His innovative setup proved to be highly effective and functional, though done in a simple way. Gardeners and repurposing fanatics behold, keyhole garden, meets tomato cage, meets drip irrigation.

Bryan says he has started planting four tomatoes around a garbage can with holes drilled in the bottom rim on May 28th. He then planted a second row up about 10 inches.

Next he did was burying the can to a height where the top holes just barely showed above the ground. He put two shovels of compost and added water in the can every 2 days.

He avoided watering the leaves. After less than a month and a half, the four plants reached a height of 5ft 4 inches. Moreover, they were loaded with green tomatoes and hundreds of tomato blossoms.

“July 9th, after a week of record, high temperatures and very little rain…the plants here are loaded with tomatoes inside the cage and full of blooms too!” – joyfully tells James Bryan via Hometalk.  “I grow tomatoes now for market, and I have a higher yield per plant than most other growers,” he adds.

Since they are a lot cheaper and easier to find in quantities, Brian now switched to using 5 gallon buckets instead of the old a 13 gallon kitchen garbage can he used for growing the tomatoes. Even a larger can may be used as long as it provides each plant with 5 gallons of water per week. 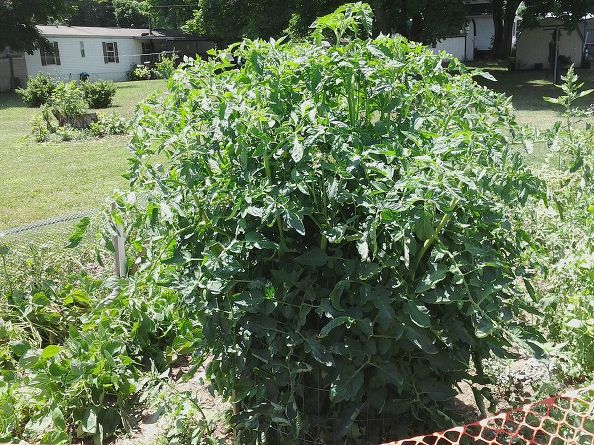 Science Behind Power Naps, And Why They’re So Darn Good For You