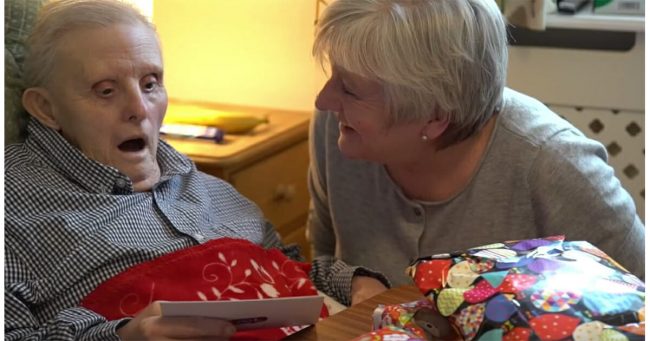 Our society has made great progress towards recognizing the dignity of people living with Down syndrome.

Yet, there are still people who see fit to discriminate these individuals and believe they cannot do everyday things like getting a job, graduating from college, or getting married.

One the other hand, people with Down syndrome strive to be accepted and treated equally like anyone else on a daily basis. 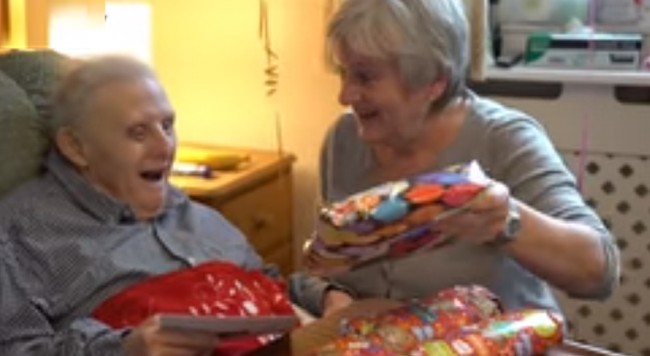 Kenny Cridge was such a fighter. He was born as a twin alongside his sister, Dorothy, back in 1939, but doctors initially believed him to be stillborn. They left him to the side while they attended to his sister, but he quickly got their attention after letting out a cry.

Yet, doctors didn’t give him more than 12 years to live, as back then, knowledge about Down syndrome was nowhere near what we know today. 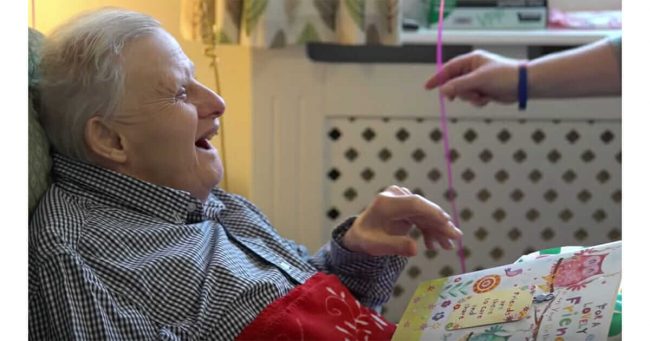 Fortunately, he lived a life that exceeded everyone’s expectations, and he even outlived his sister.

In 2008, he entered the Guinness Book of World Records as the oldest living man on record with Down syndrome.

According to the Down’s Syndrome Association, the average life expectancy for people with Down’s syndrome is now between 50 and 60 years, with small numbers reaching their 70s and beyond.

Mr. Cridge lived with his mother in Hinton St George, Somerset, until she passed away in her 90s. Then, he moved in with nephew Kevin Griffiths.

For the last seven years, he lived at the Wisteria House care home in Tintinhull, Yeovil, Somerset, where he received the full support he needs. 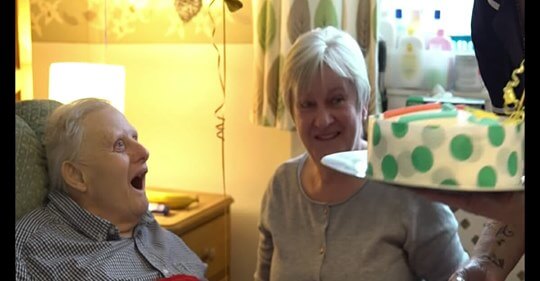 Ann Nicholson, manager of the care home, stated that he was very popular among the staff, and his smile and laughter brightened anyone’s day. Nicholson described him as an affectionate person who loves having kisses and cuddles.

“Kenny is one in a million and we are so lucky to have him in our lives at Wisteria House. ”

“Kenny lived with his parents in Hinton St George and went everywhere with them. He became well known in the village and often used to go around ‘pinching’ logs to take back home. Everyone would know Kenny.”

Niece Marie Shotton in an interview said that while these days, people with Down’s syndrome are treated equally and respected, her nan told her that back in the day, it wasn’t like that, and she fought a lot of battles for him and devoted her life to Kenny.

His father Samuel adored him too. He had a bike with a sidecar, and Kenny used to drive around in it to go to the local pubs. People in the village where he grew up all remember Kenny as a marvelous boy.

This year, on February 15, Kenny celebrated his 79th birthday, surrounded by his friends at the care home. Shortly afterward, on 16th April, he passed away.

Without a doubt, this kind-hearted, brave man will be much loved and missed by all his family and all those who had known him.

Learn To Love Your House Spider And Name It