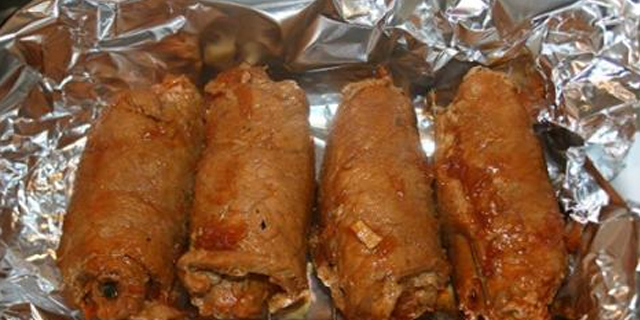 It has long been known that aluminum is neurotoxic, and there are numerous studies which have confirmed that.

Its chronic exposure causes various neurological diseases, like autism, dementia, and Parkinson’s disease. However, the mounting scientific evidence leaves no doubt about the detrimental effects of aluminum.

The newest study conducted at the Keele University in the UK indicates that there are elevated levels in the brain of an individual exposed to aluminum at work, and he died from Alzheimer’s disease.

Numerous neurological studies have found the link between aluminum exposure and Alzheimer’s, as well as many other neurological diseases.

However, this case is believed to be “the first direct link” between Alzheimer’s disease and increased levels of aluminum in the brain after an occupational exposure.

Namely, this 66-year-old Caucasian man, after 8 years of exposure to aluminum dust, developed an aggressive form of early onset Alzheimer’s disease, and experts claim that it “suggests a prominent role for the olfactory system and lungs in the accumulation of aluminum in the brain.”

Moreover, there was another case in 2004, when high aluminum levels were discovered in the tissues of a woman in the UK who died of early-onset Alzheimer’s. This followed an industrial accident 16 years before, which released 20 metric tons of aluminum sulfate into the local drinking water.

For individuals who work in mines, agriculture, factories, welding are at an increased threat of aluminum exposure. This is apart from the continuing ingestion of aluminum vapors every time cigarette smoke enters your nose.

Inhaling aluminum vapors or dust sends aluminum particles, which are in an easily absorbable form, directly into the lungs. From there, they go into the bloodstream and are distributed throughout your body, including the brain and bones.

It is well known that aluminum powder leads to pulmonary fibrosis, and people who work in aluminum factories are susceptible to asthma. Research has shown that aluminum vapors cause elevated levels of neurotoxicity.

Regarding these issues, you might wonder why these detrimental effects of aluminum have been neglected by government regulators and physicians.

Well, the featured documentary, The Age of Aluminum, exposes the truth about this metal and examines the relation of aluminum and ailments like neurological disorders and breast cancer.

It shows exposure to aluminum in mines and factories leads to severe ecological problems across the worlds, including the environmental disasters in the UK, Hungary, and South Africa. In this documentary, neuroscientist Christopher Shaw claims:

“Many researchers are beginning to accept that aluminum has some sort of role to play in neurodegenerative diseases such as Alzheimer’s. Whether it does to others is still an open question, but Alzheimer’s is really coming into focus and it’s fairly clear that the body burden of aluminum from all the sources to which humans are exposed may be contributing to Alzheimer’s disease.”

Aluminum is naturally found in the water, air, and soil, but we also contribute by manufacturing aluminum products, mining, processing of aluminum ores, and the operation of coal-fired power plants and incinerators. Moreover, it cannot be destroyed in nature, so it just alters its form by attaching or separating from other particles.

Aluminum particles in the air get washed by rain and go into the water supply, where they deposit and degrade. Therefore, people who live in industrial areas have an increased risk of aluminum exposure.

CDC reports that the average adult in the United States consumes 7-9 mg of aluminum daily through food and a smaller amount of water and air. Around 1 percent of the aluminum ingested orally, is absorbed in the body, and the rest goes in the digestive tract.

Laboratory tests indicate that aluminum can be found in various products sold on the market, drinks, foods, and pharmaceuticals, meaning that the manufacturing process contributes to the issue.

This toxic metal has been found in numerous foods and products, such as:

Our food also contains aluminum additives as additives. As soon as aluminum comes into contact with food, it leads to additional contamination as it is not stable in the presence of bases and acids.

Namely, aluminum equipment has a protective oxide film, but it can be easily damaged by normal wear and tear develops fissures and leads to its damage.

Various foods, beer, wine, herbal teas, flour, baked goods, soup, they all include aluminum, and its content varies at times. Baked goods are especially rich as aluminum trays are commonly used in the process of baking and storing.

Research has found that cooking meats in aluminum foil elevates their contamination with aluminum, and concluded that “eating meals prepared in aluminum foil may carry a health risk by adding to other aluminum sources.”

The cumulative effect of small exposures with time is actually the concerning issue, as it leads to an overload of aluminum and severe damage to health. A 2006 study showed that cooking meat in aluminum foil elevates the levels of aluminum as follows:

Aluminum has the same effect on the central nervous system as cigarette smoke to the lungs, and it leads to degenerative diseases and damage to the brain tissues, as it produces oxidative stress. As soon as it enters the tissue, it is hard to discard it. As it has no role in the body it is of vital importance to eliminate it.

When in the body, aluminum travels in it with ease, piggybacking on the transport system of iron, and crosses the biological barriers which eliminate toxins, accumulates in the brain and causes severe damage. Moreover, it is much more harmful to children than the elderly.

Another dangerous source of exposure to this toxic metal are vaccines, and it is even considered to be “safe”, despite all studies and scientific research which state the opposite.

The video below includes the discussion with Dr. David Ayoub, who explains how vaccines and their aluminum content ca be even more detrimental than mercury.

Nowadays, the number of aluminum-containing vaccines children receive is four times higher than three decades ago. In the 1970s, they received only 4 of these vaccines in the first year and a half, and now they get 17. This explains the prevalence of childhood neurological disorders.

In one school, 90 percent of the children developed ADHD in a year, due to high aluminum amounts.

It is also used as an adjuvant in vaccines, and if you consider the amounts children receive through vaccines, plus the “accidental exposure”- we have a great problem to solve. Dr. Ayoub also reports that a study has discovered 5 to 6 times higher aluminum levels in vaccines than listed on their labels.

The symptoms of aluminum toxicity are extremely similar to the ones of various neurological diseases, like ADHD, autism, Alzheimer’s, and Parkinson’s.

Moreover, vaccine adjuvants lead to severe chronic brain inflammation, as aluminum targets the cerebellum and autonomic nervous system, which is in charge of the unconscious biological processes, like balance, breathing, coordination, blood pressure, and the like.

Moreover, the review of the MSDS sheet for aluminum shows that its signs are shockingly similar to the ones of neurological diseases, such as depression, memory problems, muscle weakness, speech impairments and aphasia, dementia, motor disturbances, and other neurological issues.

Furthermore, there is not a completely accurate method to predict Alzheimer’s, However, researchers at Georgetown University and the University of Rochester report that they have discovered a blood test which may predict this disease with 90 percent accuracy and no false results. This is a potentially breakthrough in this medical field if further research confirms it.

The analysis includes the patterns of 10 specific lipids (fat-like compounds) linked to the plaques found in the brains of people suffering from Alzheimer’s disease.

It is easy to predict if these 10 lipids will be cognitively impaired. As subjects were all in their 70s, it is now left to conduct the same research in people in their fourth and fifth decade.

Biomarkers like lipids may change during the course of the disease as they are stage-dependent. Therefore, it is much more research to be done before we can say that we have learned all about this disease.

However, this test may also be used in the case of dementia. One of the potential strategies is to eliminate toxic metals of the body, including aluminum.

The substitute of mercury in vaccines with aluminum may actually aggravate the issues from both of them, as aluminum damages the ability of the body to excrete mercury by impeding the production of  glutathione. It is the vital intracellular detoxifier, needed for reversing oxidative stress.

Hence, this means that in the case of high aluminum levels, the body is likely to become toxic from mercury as well, via flu shots, or fish, and the detox system of the body will not be able to function properly.

The production of glutathione requires sulfur, so it is essential for detoxifying metals, and can be obtained through diet.

Garlic and onions are rich in it, but as most soils are sulfur deficient, you should rely on animal-based proteins, especially whey protein concentrate, which is rich in cysteine, one of the two sulfur-bearing amino acids which are direct precursors to glutathione.

You can easily become sulfur deficient if you do not consume animal proteins, so you should eat about one gram of protein per kilogram of lean body weight, or about 1/2 gram of protein per pound of lean body mass. You should also consume finished, grass-fed meats, as the ones farmed in factories, are with reduced quality and are given various medications, such as antibiotics and growth hormones.

Aluminum can be cleansed from the body, but initially, you should avoid further exposure to this metal, and stop using:

In the case of Alzheimer’s disease, these chelating agents can be of great help:

-Melatonin: Research indicates that it has a metal binding role and is thus beneficial in the case of oxidative stress which causes neurological disorders, including Alzheimer’s.

It travels easily all cellular barriers, supporting the detoxification of metals, like aluminum. It also reduces the oxidative activity of aluminum in the brain.

-Silica-rich water, like Fiji water, which includes 83 Mg of silica per liter. A 2013 research indicates that the consumption of one liter of this water daily for 3 months excreted aluminum through the urine, without leading to adverse effects on essential metals like copper and iron. The authors report: “We have provided preliminary evidence that over 12 weeks of silicon-rich mineral water therapy the body burden of aluminum fell in individuals with Alzheimer’s disease and, concomitantly, cognitive performance showed clinically relevant improvements in at least 3 out of 15 individuals.”

-Exercise: Exercise has a strong effect on the levels of adenosine triphosphate (ATP), which is required for the production of glutathione

-The supplement N-acetyl-L-cysteine (NAC) is of great help, as it is a rate-limiting nutrient for the production of glutathione

–Curcumin: It protects against aluminum-induced damage as it modulates the extent of oxidative stress. Moreover, it delays neuron degradation, reduces beta-amyloid plaques linked to Alzheimer’s, decreases microglia formation, chelates metals, and has a potent overall anti-inflammatory and antioxidant effect.

It also improves memory in the case of Alzheimer’s. Yet, note that it is not advised in the case of gallstones, acute biliary colic, biliary tract obstruction (since it triggers bile secretion), and obstructive jaundice.

Other included references and sources linked in Dr. Mercola’s:

NOTE: The full length film at the top of this report can be purchased on DVD or online streaming byfollowing this link.