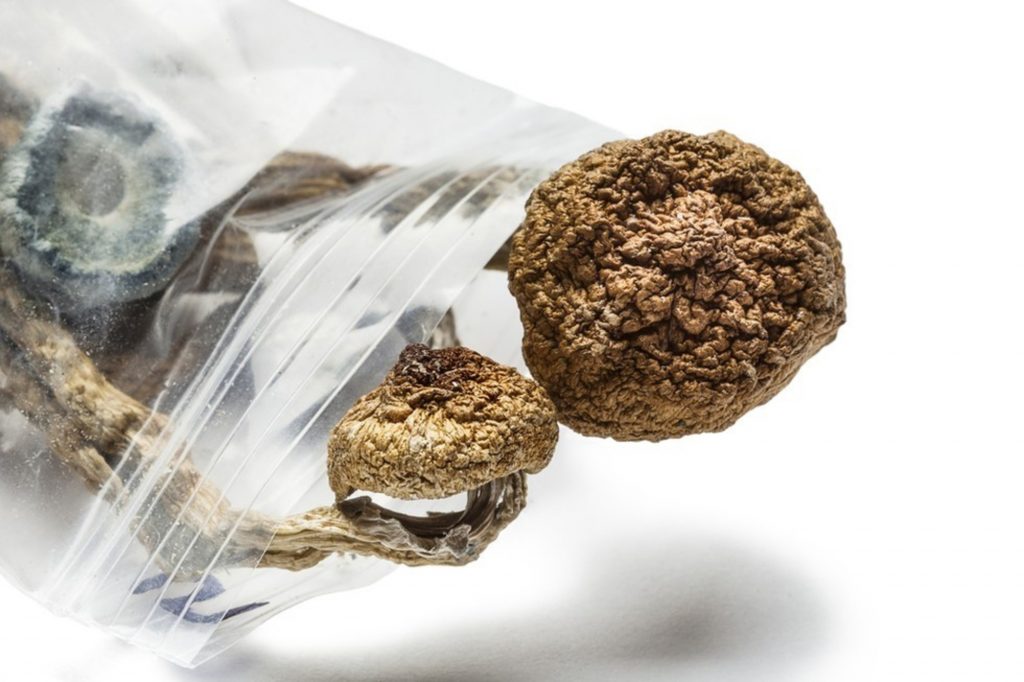 People have recognized and used the psychoactive “tripping” effects of psilocybin mushrooms for thousands of years.

As written in The Third Wave:

“Psilocybin mushrooms (AKA magic mushrooms, or shrooms) is the name given to fungi that contain psilocybin, a naturally occurring psychedelic compound. There are more than 180 species of mushrooms that contain psilocybin, or its derivative psilocin. Psilocybin mushrooms have a long history of use in Mesoamerica in spiritual and religious rituals, and are currently one of the most popular recreational psychedelics in the United States and Europe.”

The humble mushroom is primarily used for the visuals and the euphoria, but researchers have found that it has a lot more to offer.

The findings of controlled studies showed that magic mushrooms can fight depression, and treat various psychological issues, like cluster headaches, obsessive-compulsive disorders, anxiety, by improving the consciousness, expanding the mind, and blocking the part of the brain responsible for depression.

The researchers published a report in Proceedings of the National Academy of Sciences, and David Nutt, professor of neuropsychopharmacology at Imperial College, London, said:

“One of the parts of the brain that is markedly switched off [with psilocybin] is the anterior cingulate cortex, which is particularly overactive in people with depression.”

The team of researchers “put electrodes in that part of the brain to switch it off. It would be a lot simpler and safer to use psilocybin instead of electrodes.”

Additionally, they are going to conduct another study that will examine the brain activity of 15 healthy individuals who have previously tried hallucinogens in their lives. The participants will receive placebo on the first day, and a real dose of psilocybin the next day.

This Lemon Essential Oil Trick in the Morning Will Activate Your Metabolism, Balance pH Levels and Reverse Inflammation

Are You Aware Why Drinking Lemon Water First Thing in The Morning is So Healthy? Rarely Who Knows These Little-Known Health Benefits